It was reported on March 24, by Droid Life, that Google is combining multiple apps and services. This combination will make an experimental Google Assistant Memory feature. Android users are able to save ideas for later in multiple ways. Users can utilize Google Keep, Assistant, and more.

However, some ways are more effective than others. You may use Keep for remembering a grocery list or to start a short story. Assistant can be used to remind a user to call a friend or family member, or even of an upcoming job interview. However, Google Assistant Memory will make things easier.

Currently, the new feature is only available to Google employees. However, it acts like multiple services and apps crammed together. The setup process for Memory was spotted and detailed by 9to5Google.

Users will also be able to save thoughts and reminders to Memory. This can include a user’s thoughts, ideas, or just things you want to get back to. Lastly, Memory will help users to find everything by keeping it in one place and offering smart search and organization options.

Memory will save specific things along with some context related to the saved item. For example, memories will be able to include screenshots, URLs, as well as locations. This new feature seems like a great way to help keep users organized.

The new Google Assistant Memory is still some time away from being released to the public. However, just knowing that it is coming is very exciting. Google seems to be actively investing in the upcoming feature, so hopefully, it won’t randomly die off.

One question that can be asked is if Google’s other apps go away. From the sound of it Memory could easily replace Keep along with other Google apps, but that could pose a problem. Some users will be happy with using the apps just the way they are.

However, the new feature sounds very exciting and it could make it easier to stay organized. Keep an eye out for more news on this upcoming feature. Hopefully, it will find its way to the masses soon. 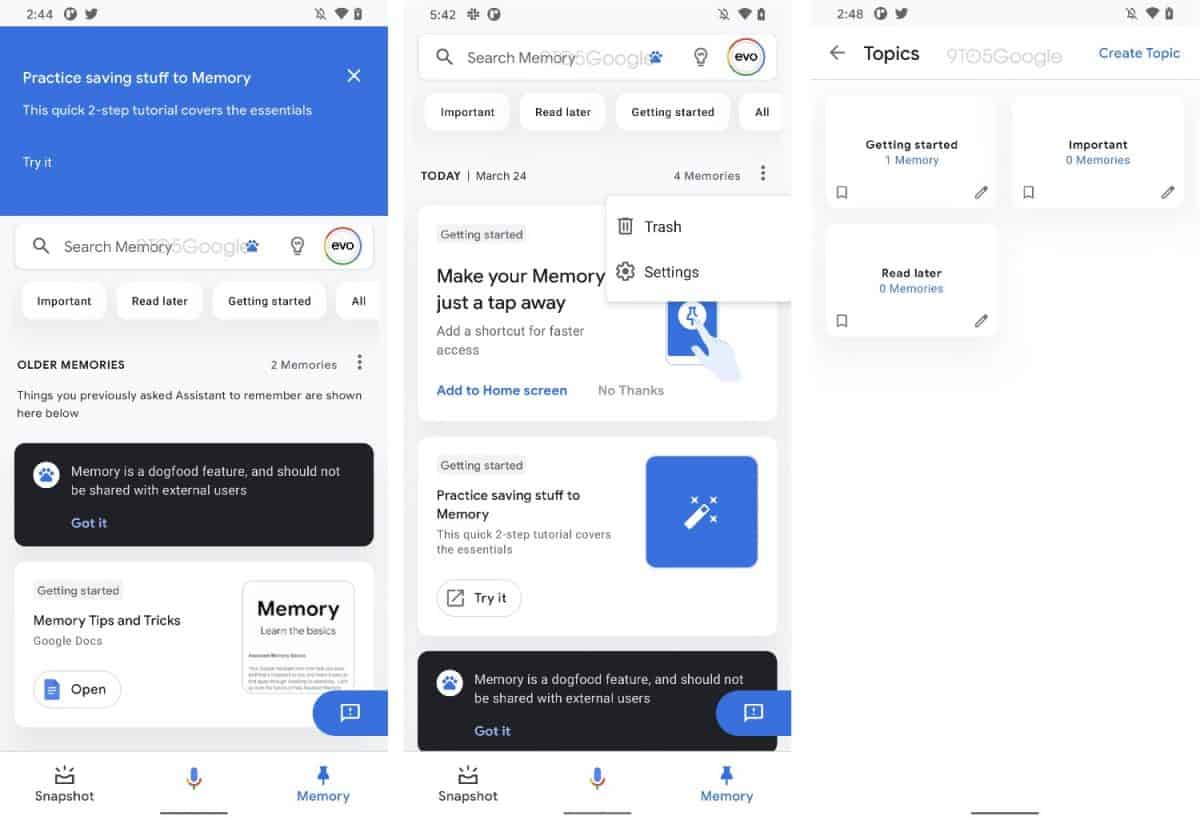