Good news for Samsung Galaxy Z Fold 2 owners, because the Korean OEM is treating its premium-flagship users with the latest April 2021 security update. But that’s not it. The update also brings some new camera improvements as well.

The stock camera application has been improved, as per the official changelog. Although the update notification mentions nothing specific about what changes that this new update brings, thanks to Sammobile, we at least have some insight.

Galaxy Z Fold 2 users will be receiving the update with firmware version F916BXXU1DUCE. Notably, it is currently live for users in Germany and Russia. It weighs around 744MB in size.

However, we expect Samsung to push this new update that includes camera improvements, and the latest April security patch for Galaxy Z Fold 2 owners in more regions soon.

Since Samsung hasn’t shared a detailed changelog of the release, users might be confused about what camera improvements is this new update talking about.

As noted by Sammobile, one shouldn’t expect a complete overhaul in the camera experience. Neither there are any latest features added with the update.

Moreover, the term “camera improvements” could mean that Samsung has fixed a bug related to the camera application. Or it has done some tweaking to the ISO performance in low-light conditions.

There is no clarity on what Samsung means by “camera improvements.” By the looks of it, it surely means something minuscule has been done to the stock camera app of Samsung Galaxy Z Fold 2. Whatever the case may be, anything official from Samsung is appreciated.

As far as vulnerability fixes are concerned, the latest April 2021 security patch itself brings quite a few important bugfixes. It has already reached the 2021-flagships, the Galaxy S21 series.

If you own a Galaxy Z Fold 2 unit and reside in either Germany or Russia, then you should have received an update notification on your phone.

Do note that not everyone will receive the update, as it has been pushed gradually. The good thing is you can still manually check for the update.

To do that, head over to Settings. Then tap on System updates. Here, you need to tap the Download and install option.

If the update is available for your region, then the updater will detect the update and notify you. You can tap on the update notification to download the update. 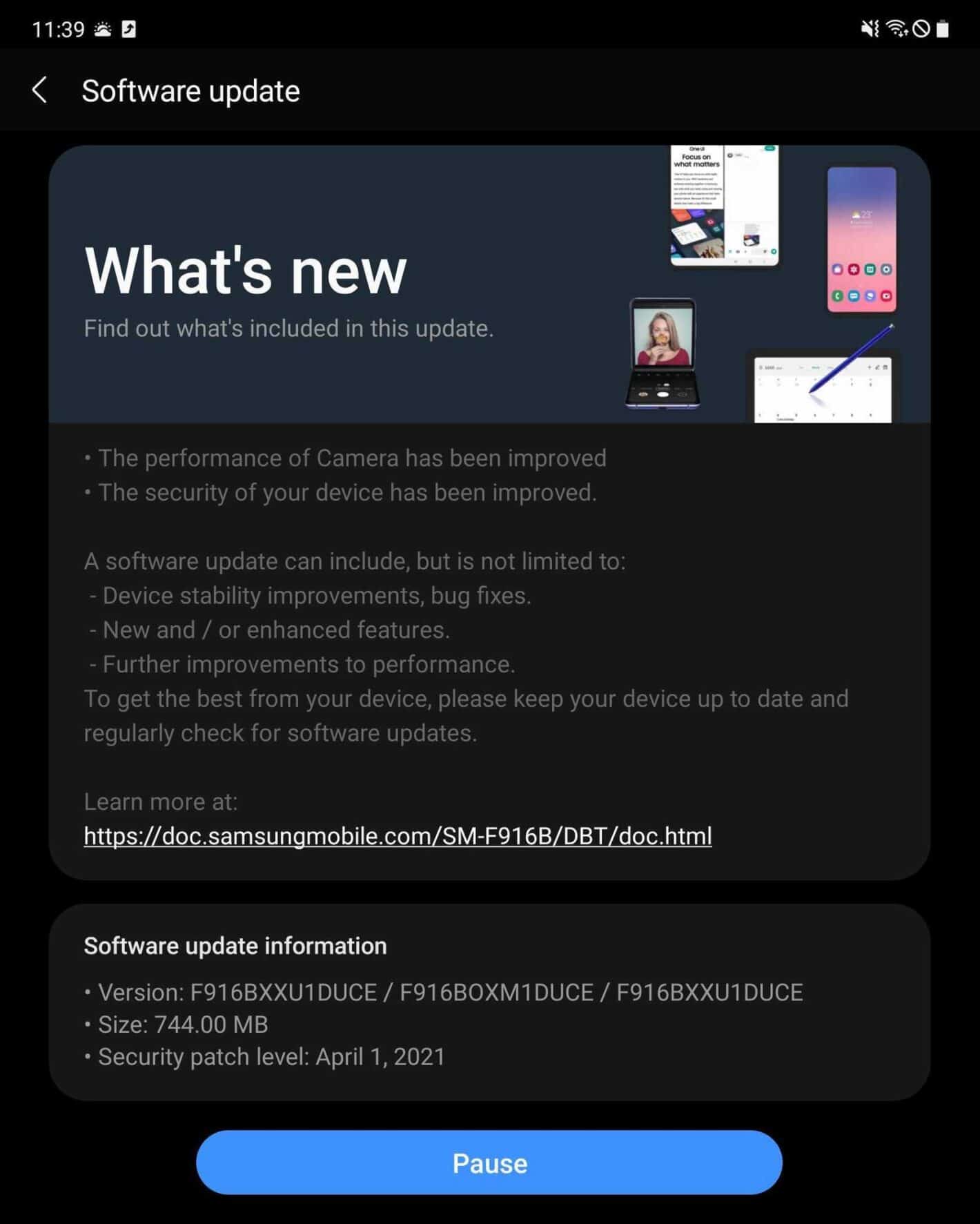