According to a new report from mobile networks analytics company Opensignal, Android smartphones outperform iPhones conveniently when it comes to 5G download speeds in the US. The iPhone 12 series, which is Apple’s first batch of phones to support 5G connectivity, trails almost all major 5G-capable Android smartphones available currently.

The newly-launched Samsung Galaxy S21 5G offered the fastest overall average download speed of 56.0Mbps in Opensignal’s tests. The TCL Revvl 5G and the OnePlus 8T+ offered the next fastest 5G download speeds – 49.8Mbps and 49.3Mbps respectively. All other phones in the top 10 are Samsung’s recent flagship models, including the Galaxy S21+ and S21 Ultra.

Samsung dominates the US 5G speed race, iPhones nowhere to be found

Overall, Samsung‘s Galaxy smartphones accounted for 60 percent of the top 25 performers in Opensignal’s test, i.e. 15 out of 25. While this is quite a feat, much of this is down to the fact that the Korean firm launches way too many smartphone models every year when compared to rival brands. The likes of OnePlus, LG, and Google only launch a few phones a year, while Samsung offers multiple products at every price point.

Needless to say, None of Apple’s latest iPhones feature in this list. Among the four iPhone 12 models, the 12 Pro offered the fastest overall average download speed of 36.9Mbps. That’s still behind the 38.6Mbps 5G download speed offered by the Samsung Galaxy A51 5G, which is a mid-range phone launched in April last year. Note that all four iPhone 12 models support the incredibly fast mmWave 5G networks. 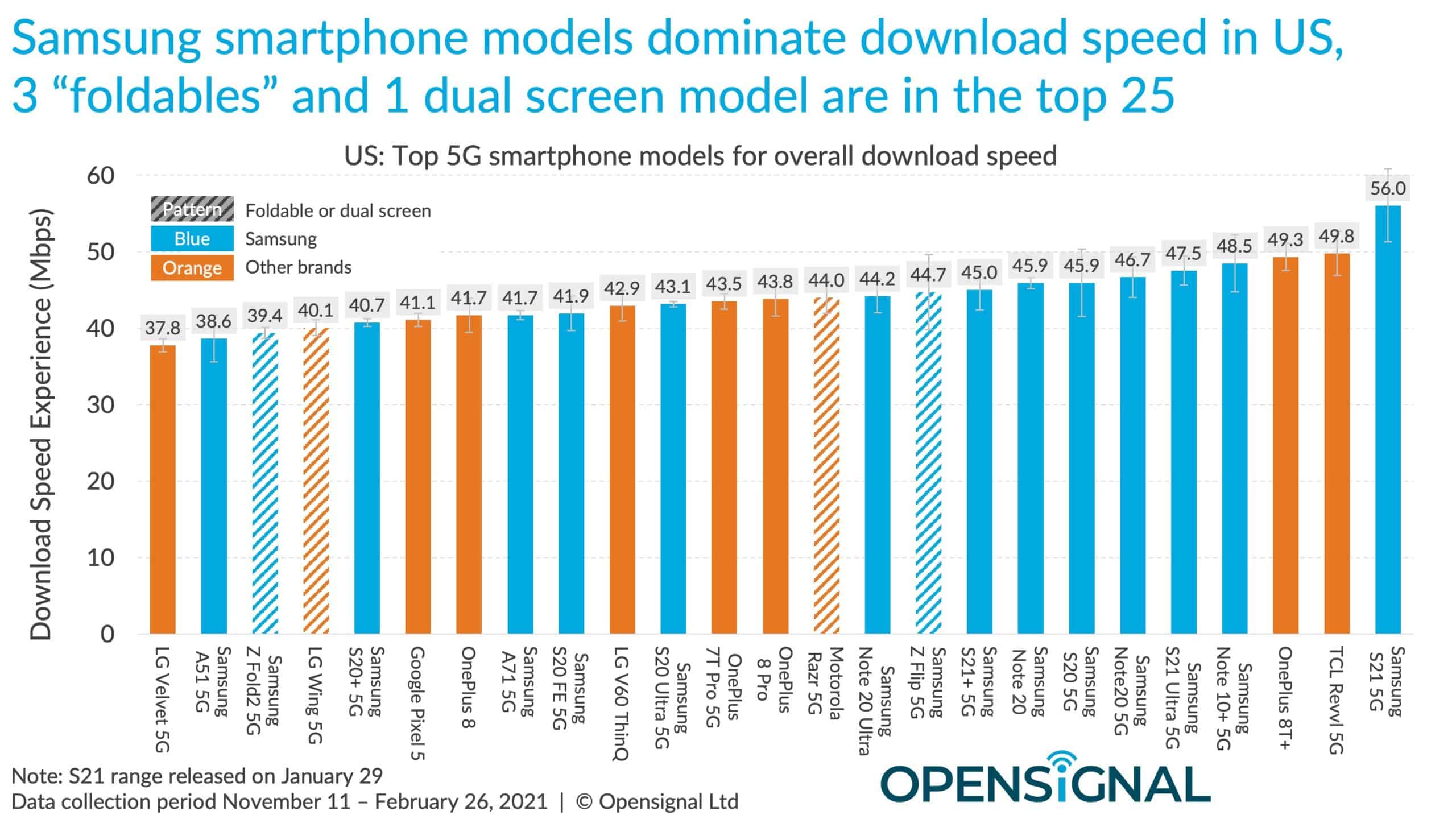 This translates into the biggest increase in download speeds in 5G areas versus 4G speed for iPhone users though. In areas where 5G is available, iPhones exhibit overall download speeds 2.3 times faster than the average 4G download speeds. This ratio for Samsung, OnePlus, LG, and Google smartphones comes in at 1.6, 1.4, 1.7, and 1.4.

“The smartphone speed race will accelerate in 2021,” Opensignal says. “The arrival of new spectrum later this year will add new capacity which should boost speeds.” 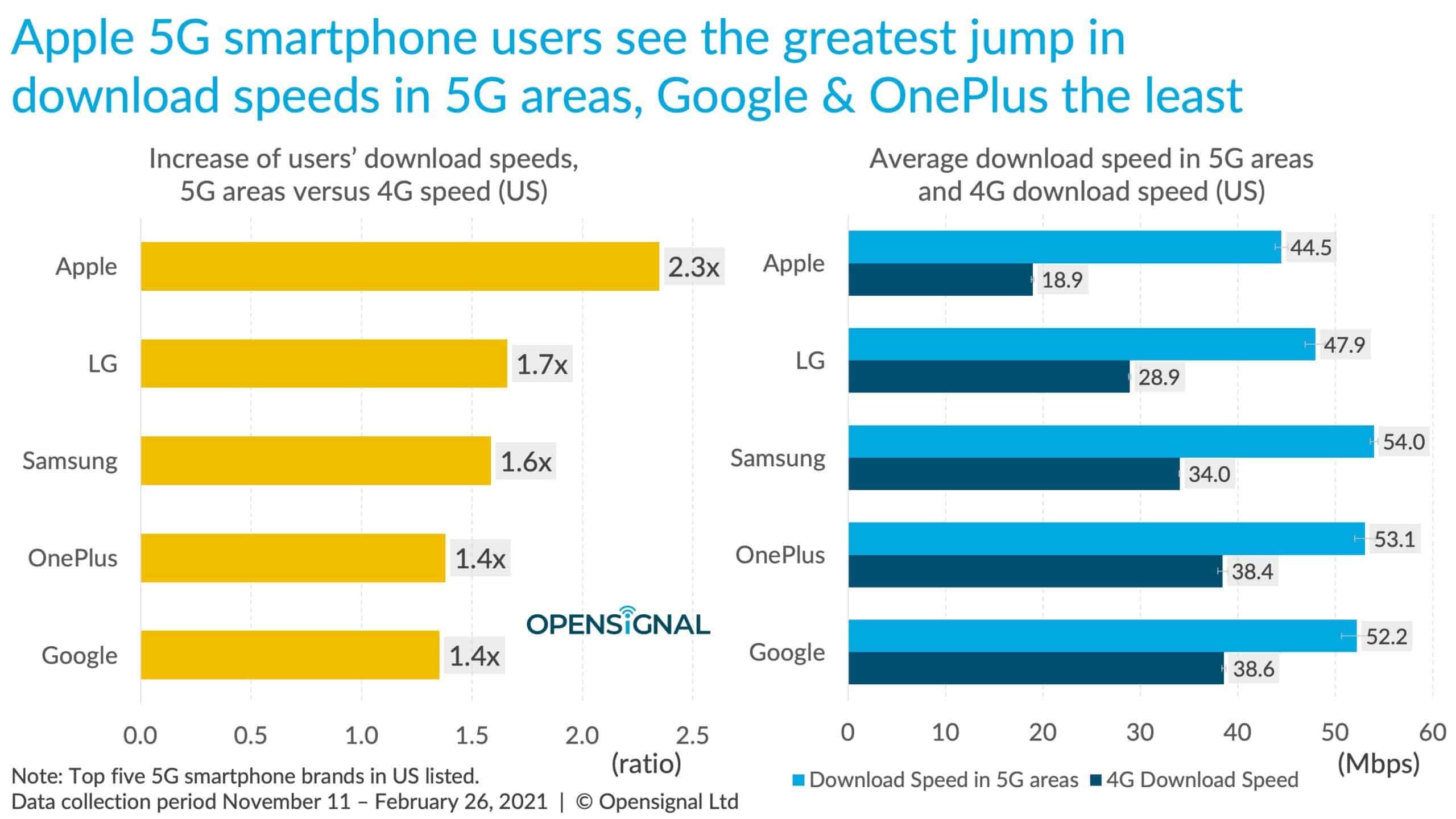