Xiaomi has huge plans for 2021, it seems. We’ll see a new Xiaomi Mi MIX handset this year, finally, and a new tablet is also on the way. The thing is, this new tablet, it won’t be an ordinary tablet, as it will be a part of the ‘Mi MIX’ family, it seems.

Why is this so important? Well, the company’s Mi MIX series of devices always represents a cutting edge and futuristic. We’ve seen various interesting devices announced as part of that lineup, so this will be interesting to see.

We haven’t seen a Mi MIX handset being released since 2019, when the Mi MIX 3 5G appeared. Xiaomi did show off the Mi MIX Alpha after that, but that handset never came to life. This new handset may be called the Mi MIX 4, though Xiaomi may opt for a different name in the end.

New Xiaomi Mi MIX smartphone is on the way, and it will likely include an under-display camera

Xiaomi’s executive, Lu Weibing, teased the arrival of a new Mi MIX smartphone on Weibo. The teaser image he shared is shown below this paragraph, and it’s obviously pointing to a Mi MIX handset. 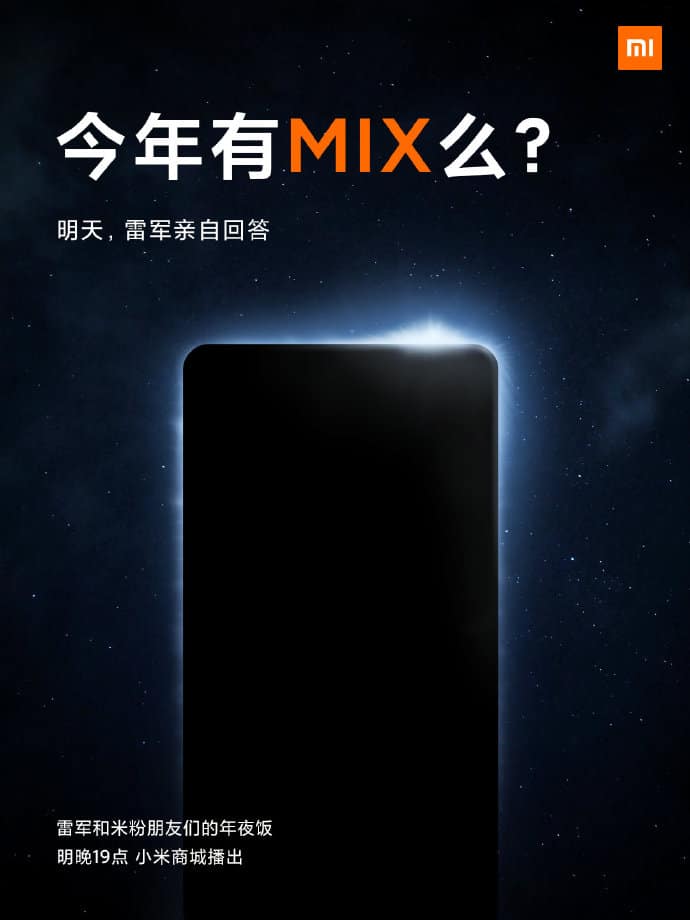 We still don’t have any information on this device. It could be heavily inspired by the company’s recently-shown-off portless handset with a quad-curved waterfall display. We’ll see. Whether that will happen or not remains to be seen, but we’re betting that the next Mi MIX device will have an under-display camera.

Xiaomi has been working on that technology for quite some time now, and has gone over several generations of it. The company may finally be ready to include such technology in one of its smartphones.

Will Xiaomi’s upcoming tablet also be a part of the ‘Mi MIX’ brand?

Now, in regards to the company’s Mi MIX tablet. That was also seemingly confirmed by one of the company’s executives, Wang Teng Thomas, or so it seems. He also went to Weibo to confirm the news.

He clearly confirmed that “MIX tablet” is coming this year. He did not share any additional information, though. If we had to guess, we’d say that this tablet will have extremely thin bezels, and quite possibly an under-display camera as well.

Do note that it’s possible something got lost in translation here, but it does say “MIX tablet”, so… let’s assume that’s what we’re getting. The next Xiaomi Mi MIX smartphone is coming for sure, though… and some sort of a tablet from the company. Xiaomi hasn’t really released a tablet since 2018, so this will be interesting to see regardless.