Skip to content
Advertisement
Trusted By Millions
Independent, Expert Android News You Can Trust, Since 2010
Publishing More Android Than Anyone Else
32
Today
32
This Week
660
This Month
2577
This Year
112653
All Time
Advertisement This video got shared by a YouTube user called ‘TECH BUFF PH’. The video got removed in the meantime, but it got uploaded again by a third party. Do note that this video is unlisted, and that it may get removed by the time you click on it.

We did include quite a few screenshots in the gallery below, just in case the video gets removed. The original video has a duration of around 10 minutes, so the phone’s design is shown in detail.

The Xiaomi Mi 11 Ultra has a huge camera bump, with a tiny secondary display on it

That camera bump is massive, as you can see in the image below this paragraph. On it, you’ll notice three cameras, and that secondary display we’ve mentioned. That display is tiny, as you can see, and the phone will allow for 120x camera zoom via its periscope lens. 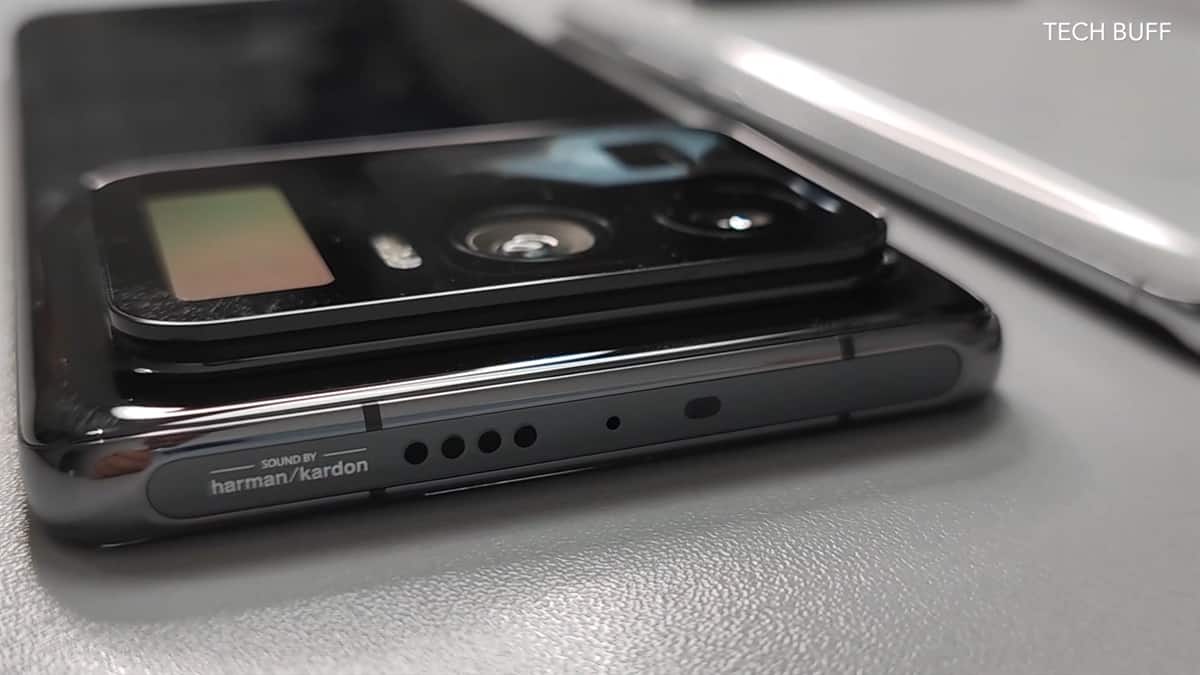 The source actually showed two different units here, one black and one white. It’s even possible that they come with a ceramic backplate, based on their looks. It’s either glass or ceramic.

Now, we cannot be 100-percent sure this leak is legit, but the model number shown on the back of the device (M2102K1G), is legit. It matches the unit that got certified in India and the EU recently.

The device features really thin bezels, needless to say, and a curved display. A display camera hole is placed in its top-left corner, the same as on the Xiaomi Mi 11. This phone comes with the same in-display fingerprint scanner as the Mi 11.

The source also mentioned that the device has a 6.8-inch quad-curved OLED display with a WQHD+ resolution. That display offers a 120Hz refresh rate, and that refresh rate is adaptive. All in all, it’s the same display as on the Mi 11.

A 20-megapixel camera is included on the front, while the display is protected by the Gorilla Glass Victus. The phone is also IP68-rated for water and dust resistance. Harman Kardon speakers are included, same as on the Mi 11.

The phone features a 5,000mAh battery, and it is fueled by the Snapdragon 888 SoC. It also offers faster charging than the Mi 11, it comes with 67W fast wired and wireless charging. 10W reverse wireless charging is also included, says the source.

This hands-on leak comes fairly early, as the device is expected to arrive in a couple of months. We don’t know how he managed to get his hands on it, but there you go, this is the Mi 11 Ultra.