HMD Global is adding two new Nokia phones to its US unlocked portfolio. The Finnish company is bringing the Nokia 5.4 as well as the Nokia 6300 4G, a modern remake of the classic keypad phone from 2006 with the same name, stateside. Both phones will be available for purchase starting later this month.

The Nokia 5.4 is already available to pre-order at Amazon for $249. General sales will begin on February 15th. HMD Global will also make the phone available through its own e-shop starting in March. It comes in Polar Night and Dusk color options.

The Nokia 6300 4G, which features a physical keypad design nearly identical to the old 2006 version, will be available on HMD Global’s e-commerce site beginning on February 11th. Priced at just $59, the phone will also be available to pre-order at Amazon starting on February 8th. General sales of the Nokia 6300 4G on Amazon begin on February 22nd. It comes in Charcoal, Powder White, and Cyan color options, with the latter being exclusive to Nokia e-shop.

The US-bound unlocked Nokia 5.4 is essentially the same international version of the phone. Announced in December last year, the handset features a 6.39-inch IPS LCD screen with HD+ resolution and a punch-hole cutout on the top left corner. Under the hood is a Snapdragon 662 processor paired with 4GB of RAM and 128GB of storage. The storage capacity is further expandable via microSD.

The device sports a quad-camera setup at the back. There’s the 48-megapixel primary shooter, along with a 5-megapixel ultrawide camera, a 2-megapixel macro camera, and a 2-megapixel depth sensor. The front-facing camera is a 16-megapixel snapper.

The Nokia 5.4 packs a 4,000mAh battery that charges at 10W speeds through a USB Type-C port. There are a rear-mounted capacitive fingerprint sensor and a 3.5mm headphone jack as well. Connectivity options include 4G LTE, Wi-Fi 802.11 b/g/n, Bluetooth 4.2, FM Radio, GPS, and NFC.

The phone ships with Android 10 but HMD Global has promised two years of Android OS updates and three years of security patches. So the Nokia 5.4 should receive feature updates until Android 12. All in all, the Nokia 5.4 might not be the best Android smartphone you can buy for under $300, but it still offers a decent value at its price. 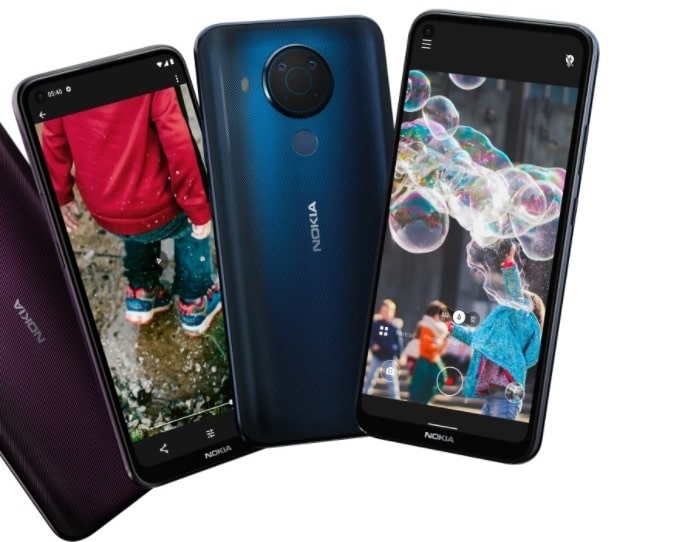 HMD Global announced the Nokia 6300 4G alongside the Nokia 8000 4G, another remake of a classic phone, back in November 2020. The design of the phone has been modernized but it still keeps the power button at the top. Of course, the internal components have seen significant upgrades from the original version that launched more than a decade ago.

Powered by a Snapdragon 210 processor, the Nokia 6300 4G gets 512MB of RAM and 4GB of built-in storage. If that’s not enough for you, the phone supports MicroSD cards of up to 32GB capacity. The device sports a 2.4-inch LCD screen with a 320 x 240 resolution. On the back is a single VGA camera with an LED flash.

The Nokia 6300 4G runs KaiOS and comes pre-installed with apps such as Facebook, WhatsApp, Google Maps, and YouTube, as well as the classic Snake game. It also features Google Assistant support, which you can trigger with the “Ok Google” hotword. 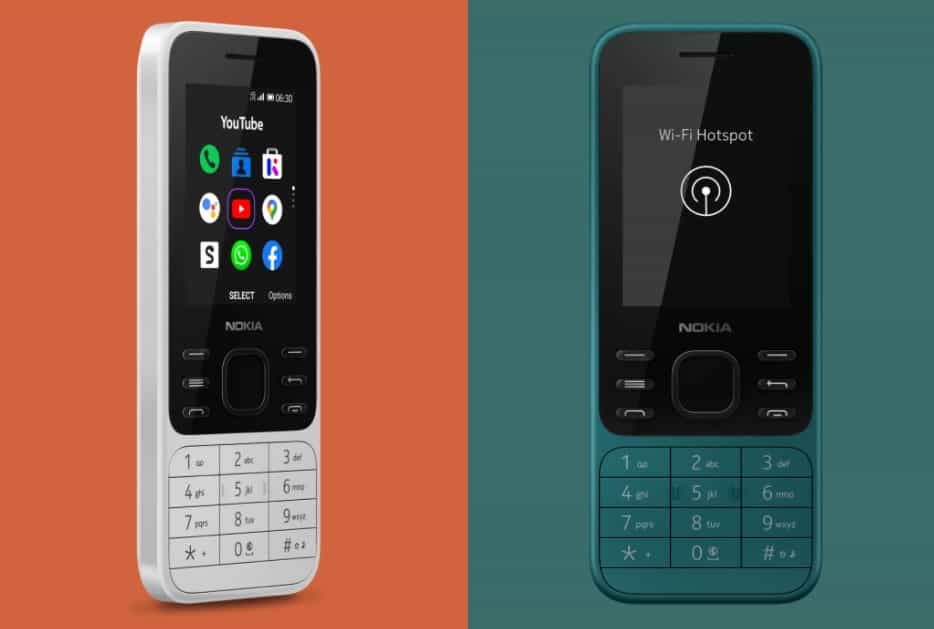