Twitter is testing a new feature that allows users to review replies known as "harmful" and "offensive" before sending, according to an announcement by the company.

The new feature has rolled out for iOS first, and it will come to Android in the coming months. The tweets that contain offensive language will receive a pop-up message that asks the writer to review the message before sending it. The writer can delete, edit, or send the tweet. There's also a link for reporting mistakes to Twitter.

"Say something in the moment you might regret? We've relaunched this experiment on iOS that asks you to review a reply that's potentially harmful or offensive." Twitter noted in its tweet.

Twitter is trying to reduce the number of harmful contents and become a more healthy platform. In the 2020 US presidential election, Twitter's actions to counter what it calls "misleading information" became controversial. It first labeled Trump's tweets and then started to remove an article by The New York Times.

Twitter even prompted a feature that asked users to read an article about their sending tweets. Moreover, it even banned some of the Trump's campaign members from sending tweets. What Twitter did during the election was an endeavor against misinformation, and of course, not all people were happy about it.

Twitter is not the only social platform that is giving more control over contents and comments. Instagram rolled out a similar feature in 2019 that could detect offensive language in comments and caption. In Instagram, the account owners can limit the people who are allowed to comment on posts. TikTok also sends a warning message before uploading "unverified content."

Giving More control over tweets has pros and cons

When it comes to social platforms, most users expect a boundless environment for expressing thoughts. The social platforms moving toward giving more control over contents has some pros and cons. Its good side is we'll see less annoying content and trolling in the feed.

And the downside is some account owners want to be the only speaker and use the provided features to shut down opposing voices, which is against the nature of social media. 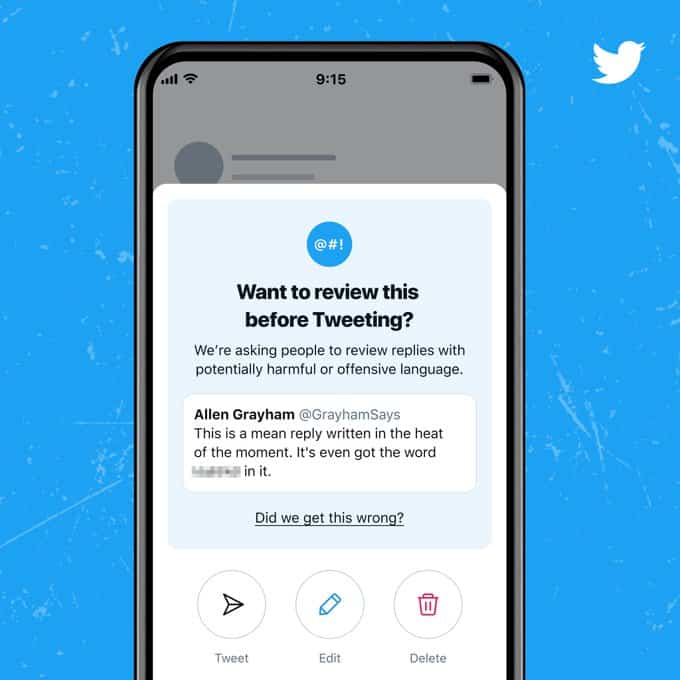 Advertisement
Trusted By Millions
Independent, Expert Android News You Can Trust, Since 2010
Publishing More Android Than Anyone Else
24
Today
133
This Week
593
This Month
1267
This Year
111378
All Time
Advertisement