Today Google announced that it would be launching a handful of new games for the Stadia platform soon, and one of those new games is a hidden gem from SEGA.

While Stadia is still missing a few features, for the most part it has started to even out in terms of what it offers to players. The area where it still needs work though is game titles. Google is continuing to try and rectify that with the plan to launch a bunch of new games for the platform this year.

All told Google wants to launch 100 new games for Stadia in 2021, and some are scheduled to hit the platform in just a few weeks, save for the SEGA title which is a couple of months out.

Judgement, one of the best SEGA games in recent years, launches on Stadia on April 23

This is good news for Stadia subscribers for a number of reasons if they're a fan of Yakuza games. For starters, Judgement is a lot like the Yakuza titles in many ways. And while it isn't part of the mainline Yakuza series, it has loose ties to the universe of that game.

Another reason it's a good thing is that if Judgement is making its way to Stadia, there is a pretty good chance that Yakuza titles will come to Stadia at some point too. It's not a guarantee, but it does open up the possibility. 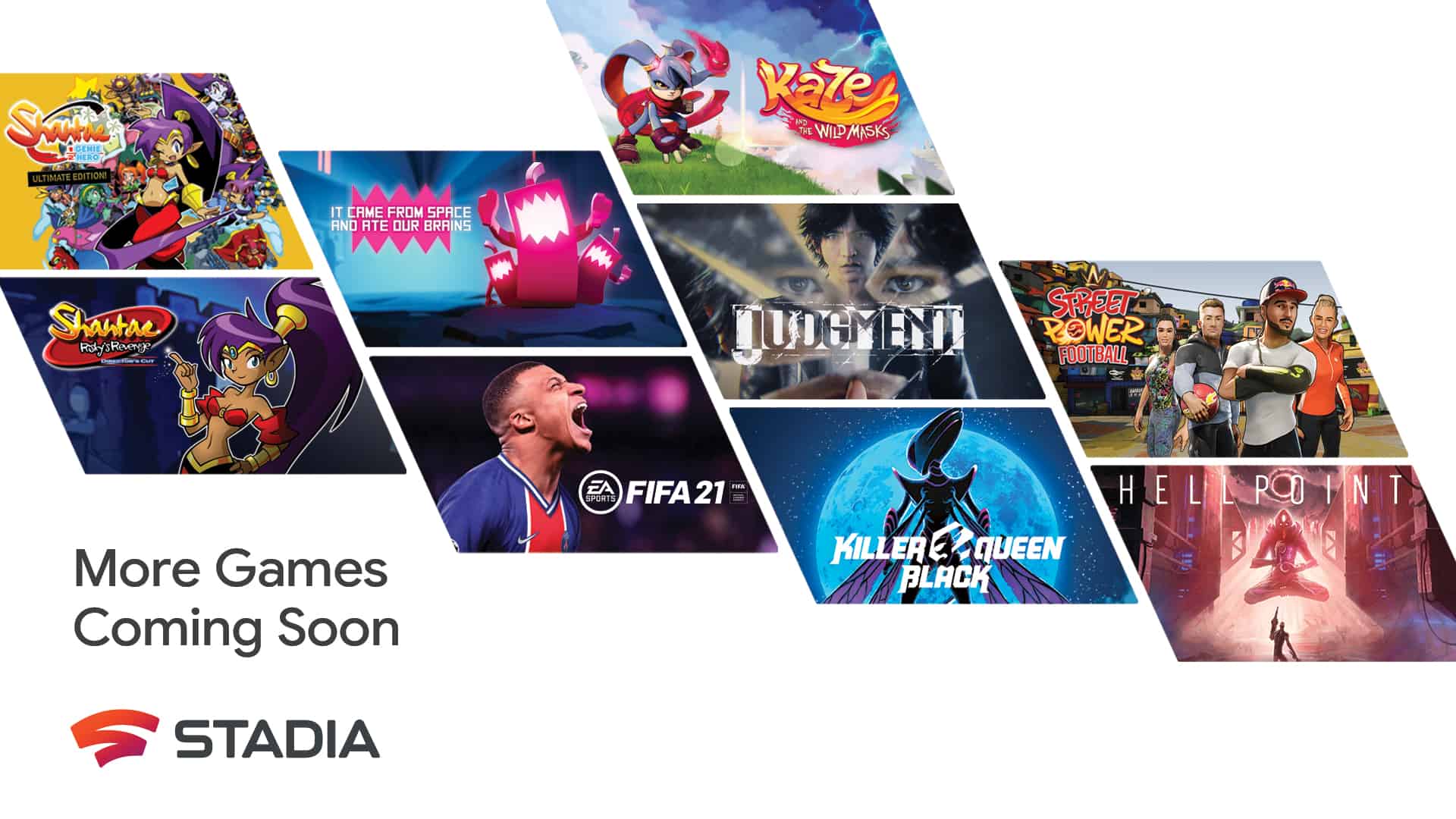 This includes Shantae: Half-Genie Hero Ultimate Edition on February 23, Shantae: Risky's Revenge Director's Cut on February 23, It Came From Space And Ate Our Brains on March 2, FIFA 21 on March 17, and Kaze and The Wild Masks On March 26.

Beyond that, Google has also announced a handful of games that are coming soon but don't have official launch dates yet. This includes Killer Queen Black, Street Power Football, and Hellpoint. This is also in addition to other games that players already know are on the way this year, like Far Cry 6 and Riders Republic.

The point is there's a lot more games coming this year. Making Stadia a more filled out platform in terms of game titles.