Skip to content
Advertisement
Trusted By Millions
Independent, Expert Android News You Can Trust, Since 2010
Publishing More Android Than Anyone Else
37
Today
187
This Week
191
This Month
191
This Year
118159
All Time
Advertisement

Sony WF-1000XM3 has found itself on not one but several Android Headlines top device lists over the years. And it appears as though Sony is ready to iterate on its best wireless earbuds for the next generation if recently leaked images purporting to be of the Sony WF-1000XM4 are accurate.

The images, showing a packaging sleeve and shared via Redditor handle “u/Key_Attention4766”, show a completely new design. And that’s coupled with some familiar details and some potential new ones. For instance, the widely-lauded noise cancellation found on its predecessor appears to be making a return. And the packaging shows a certification for Hi-Res Audio Wireless.

Unfortunately, the packaging also reveals that battery life has stayed the same at 6-hours with 18-more in the carry case. But that could be due to changes made under the hood to offset the above-mentioned certification. And there are some fairly substantial changes externally too, so holding stable on battery may not be such a bad thing.

What’s new with the leaked images for Sony WF-1000XM4?

All of the biggest changes shown in the purported packaging for Sony WF-1000XM4 seem obvious from a cursory glance at the leaked images. That’s because the elongated design, punch-hole-style noise-canceling mics, and two-tone touchpad are all but gone at first glance.

In their place, Sony has apparently started by opting for a rounder build that appears smaller than ever. The noise-canceling mic — or mics — appears to have moved to the top edge, and there’s a brass-colored outcropped cylinder opposite the bud tip. Presumably, the entire back of the earbud would be the touchpad. Or the jutting circle noted above. Although that could be something new or different entirely.

The gold-colored Sony branding found on the white WF-1000XM3 — grey on the black configuration — has migrated too, now printed in the edge of the design.

When are these coming?

Now, the packaging details here haven’t been verified in any fashion. And Sony doesn’t appear to have filed anything with the FCC either. So it’s likely a good idea not to take them at face value. Conversely, Sony also launched these earbuds’ predecessor back in July of 2019. So it would make sense for a new variant to be in the works. But it would be surprising to see the wearables launch before that July timeframe. 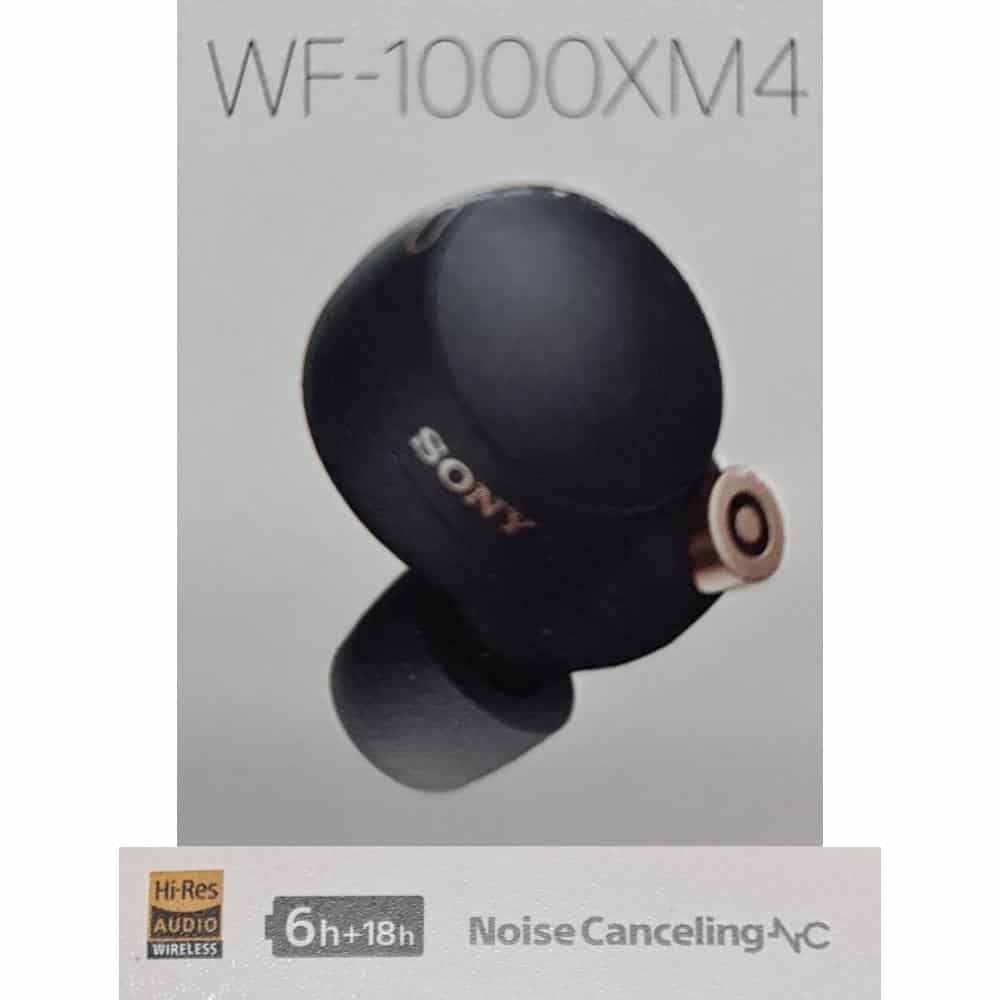