As we’ve heard over the past week or so, Sonos has a new product launching last month. And today, the company started sending out invites to this event.

The invite doesn’t tell us a whole lot of what to expect from this event, as it just shows a person walking with a backpack. But that could mean that we are getting a smaller portable speaker. Which is one of the two products that were rumored to be announced at this event. Of course, Sonos could still give us both the smaller Move speaker and a pair of headphones. Which the latter just passed through the FCC in the past few days.

What to expect from a Move mini

The thought of a smaller Sonos Move is pretty incredible. The Move is a pretty large Bluetooth speaker, though a lot of that is because of the audio quality inside the Move, and the fact that it needs a battery.

Hopefully, with the Move Mini – if that’s what it ends up being called – Sonos won’t cut back on the audio quality or the battery life. Two things that are really good on the Move. Though, Sonos could remove the microphone for Google Assistant and Amazon Alexa. That would cut costs and save a bit of space on this speaker.

Speaking of price, a less expensive portable speaker would be killer for Sonos. The Sonos Move is already $399, which is quite expensive for a portable speaker. But when you look at the audio quality and the battery life here, it’s not that surprising. But if Sonos could get the Move Mini down to around $200 or less, it would definitely bring in a lot of new users. 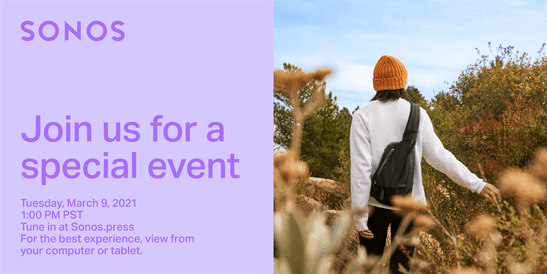