Skip to content
Advertisement
Trusted By Millions
Independent, Expert Android News You Can Trust, Since 2010
Publishing More Android Than Anyone Else
33
Today
147
This Week
219
This Month
2188
This Year
112271
All Time
Advertisement

If you own a smartwatch that runs on Wear OS, then this piece of news can come as a surprise for you. According to an email sent to Wear OS developers by Google, side-loading apps on Wear OS devices will get complicated starting March 10.

This means that you won’t be able to sideload any apps from your phone, not available on the Google Play Store, on your Wear OS watch via the Play Store>>Apps section on your phone.

Notably, this move makes it more difficult to install unapproved apps on your Wear OS watch.

Developer Malcolm Bryant reached out to Android Police and reported the email he received from Google. According to the email, this move is taken to part ways with the legacy embedded app model.

Apparently, this allowed the developers to add Wear OS codes to the apps themselves. Well, you might be wondering what’s the end result of it?

And users won’t need to download the extra bytes or MBs of the app that contains the Wear OS codes. This makes sense for users who do not have a Wear OS device.

Bryant is feeling the fire because there are a bunch of his projects that make use of the legacy app model. This model is important for apps that are not available on the Google Play Store.

The average user will find it difficult to side-load any apps available outside of the Play Store on their Wear OS. The only solution to this is to use tools that are meant only for developers called Android Debug Bridge (ADB).

Apparently, users now have to enable the developer options on their Wear OS watch’s Settings. Then install the apps via ADB.

This move seems like Google is trying to tighten its control over its apps and devices. If you are not aware, Google recently introduced some measures to control side-loading a few Google apps on Android 11.

Further installing the Android apps on Chrome OS has been difficult without the use of the Play Store. So, it was about time such restrictions arrive for Wear OS. 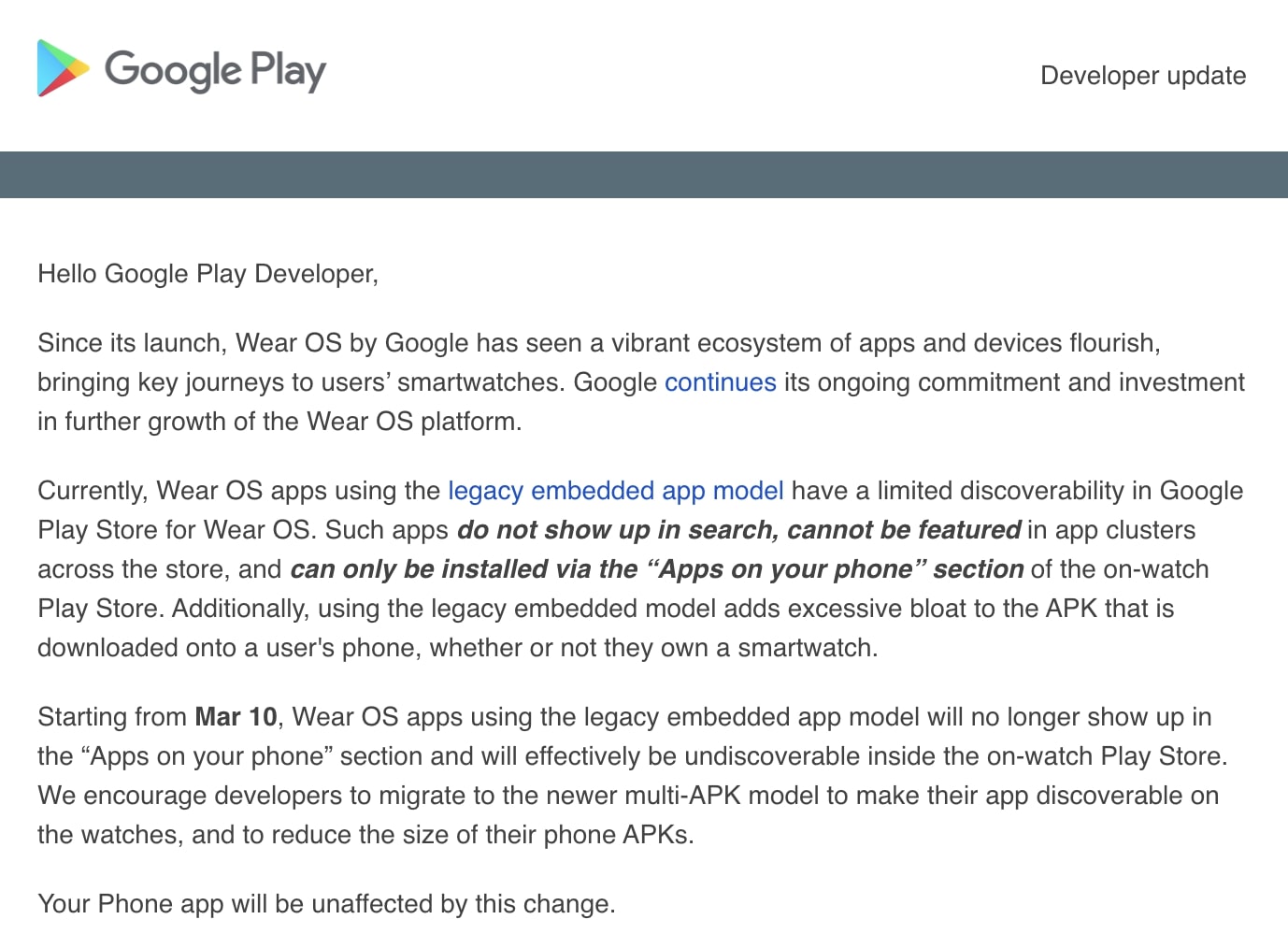