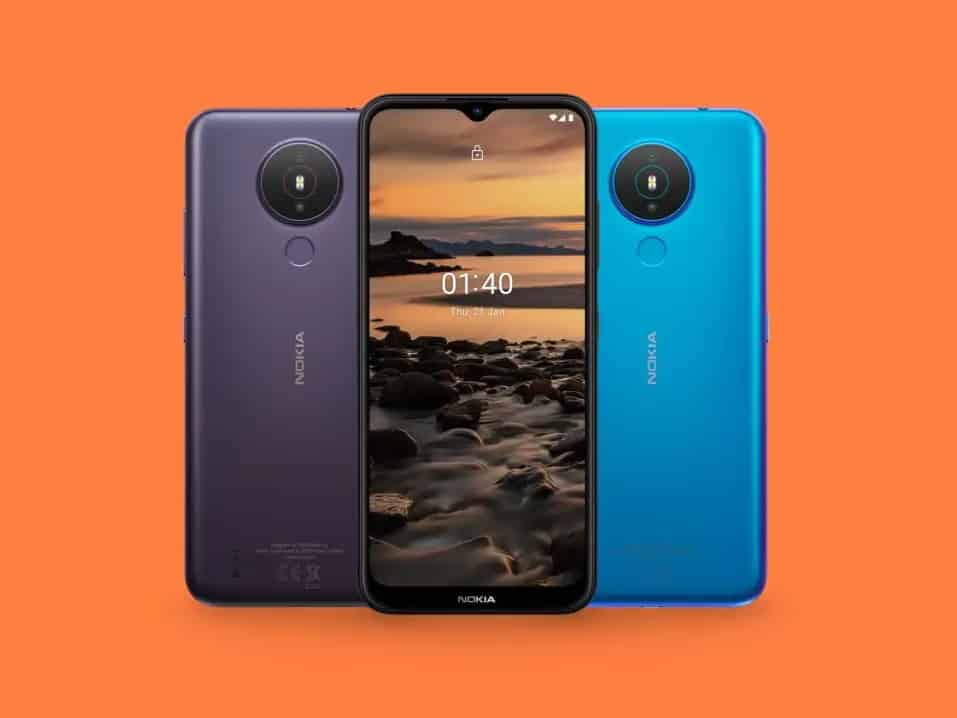 HMD Global has announced the Nokia 1.4, its latest Android Go smartphone. The new handset arrives as the successor to Nokia 1.3 that was launched in March last year. As you’d expect, it’s an entry-level smartphone that can do the basics and offer a decent experience without you having to shell out a fortune.

The Nokia 1.4 sports a big, 6.51-inch HD+ display with a 20:9 aspect ratio and a V-shaped notch at the center. It is the largest-ever display on a Nokia 1 series device. As the company says, the screen is as big as a 50 Euro note.

Under the hood is a Qualcomm Snapdragon 215 processor paired with 1GB, 2GB, or 3GB of RAM and 16GB, 32GB, or 64GB of internal storage, depending on regional availability. It is a 1.3GHz quad-core chipset with Adreno 308 GPU. The device also supports micro SD cards of up to 128GB capacity.

The new affordable Nokia phone runs Android 10 (Go edition) out of the box. However, the company assures that Android 11 (Go edition) on the way. The Nokia 1.4 is unlikely to see Android 12 though. But HMD Global is still promising up to three years of security updates for this phone.

On the back of this phone is a dual-camera setup consisting of an 8-megapixel primary camera with autofocus and a 2-megapixel macro camera. An LED flash sits in between the two image sensors inside that circular camera bump at the top center of a lightly-textured back panel. The front-facing camera is a 5-megapixel sensor.

The Nokia 1.4 packs a 4,000mAh battery that the company rates to last for up to two days on moderate usage. Sadly though, it charges at just 5W speeds over a micro-USB port. Connectivity features include 4G LTE, Bluetooth 4.2, Wi-Fi 802.11 b/g/n, and GPS/AGPS. This phone also gets a 3.5mm headphone jack, an FM radio receiver, and a rear-mounted capacitive fingerprint sensor. Sensors onboard include an ambient light sensor, a proximity sensor, and an accelerometer.

The Nokia 1.4 supports dual nano-SIM (single SIM in the USA and Latin America). This phone has both its volume controls and the power button on the right side. There’s also a dedicated Google Assistant button on the left side. The handset has a dimension of 166.42 × 76.72 × 8.7 mm and weighs approximately 178 grams.

HMD Global is selling the Nokia 1.4 in Fjord, Charcoal, and Dusk color options for a retail price of €99 (approx. $119) for the base model. The handset will be available globally starting today, February 3rd, 2021.