Is Google working on a new entertainment app? Well, it’s possible. The mysterious ‘Google Ohana’ app has surfaced online, courtesy of the ‘the-update.com’ website. The author of the article reached out, and mentioned that he’s located in Chile.

Now, the author claims that this information has been provided by a tipster, whose name remains undisclosed. With leaks like this, it’s always possible they’re photoshopped, so take it with a grain of salt, of course.

Having said that, this ‘Google Ohana’ app is allegedly an entertainment app, and you can see some screenshots in the gallery below. It was allegedly spotted on a prototype Google device.

These screens lead us to believe this could be an entertainment hub for Google, presuming they’re real, of course. What’s interesting, the word ‘Ohana’ means family (in Hawaii), not entertainment, but it works, as this could be a home for the whole suite of Google apps.

Based on the source’s information, Google Ohana is expected to take place of Google Discover, at least on Android Go devices. You’ll be able to swipe to the right, and access this hub.

As you can see in the image below, Google Ohana is categorized as a ‘launcher’ in Settings. Still, this is definitely not a launcher, but a container of information, and a part of a launcher. The mistake is probably due to the fact this is just a prototype build and device, or it’s photoshopped, anything is possible. 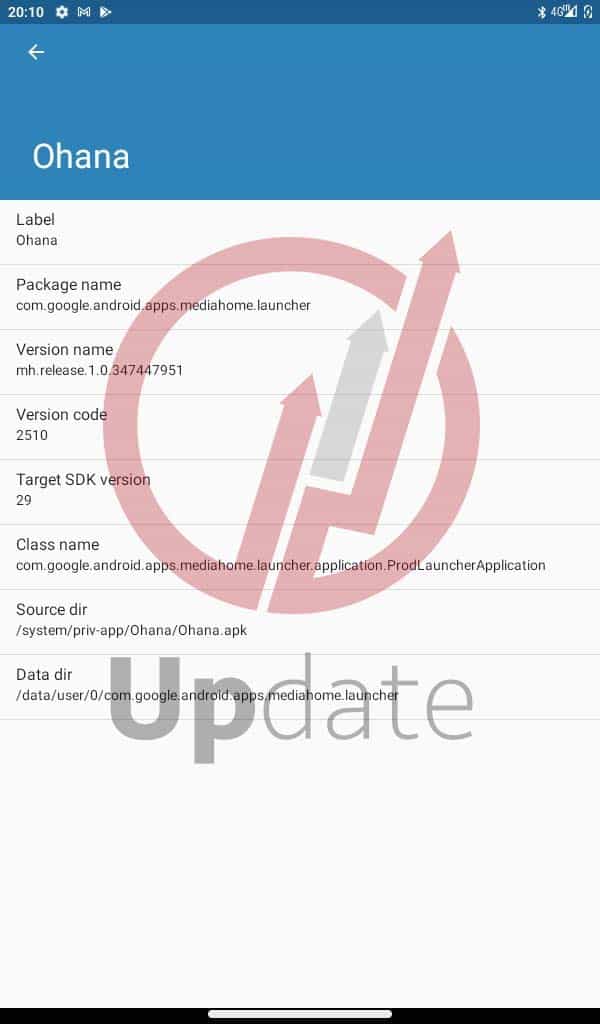 The app is said to launch this year

The source also notes that this app can be used only by accounts that are authorized to access the service. Furthermore, it notes that the app / service is expected to launch in 2021.

As mentioned earlier, do take this information with a grain of salt, as we cannot confirm it’s legit. Only time will tell if this is true or not. On the flip side, it’s possible this app exists, but Google decides to scrap it before release.