Huawei has officially confirmed a major design change for its Mate X2 foldable. This change will bring the device more in line with the Galaxy Z Fold 2, than with the company’s previous foldable smartphones.

The Huawei Mate X and Xs folded outwards, exposing the phone’s main display. Well, the Huawei Mate X2 will fold inwards, like a book, similar to the Galaxy Fold and Galaxy Z Fold 2 from Samsung.

The company has confirmed that via an official teaser on Weibo. You can clearly see in which direction the phone folds based on the image provided below this paragraph. 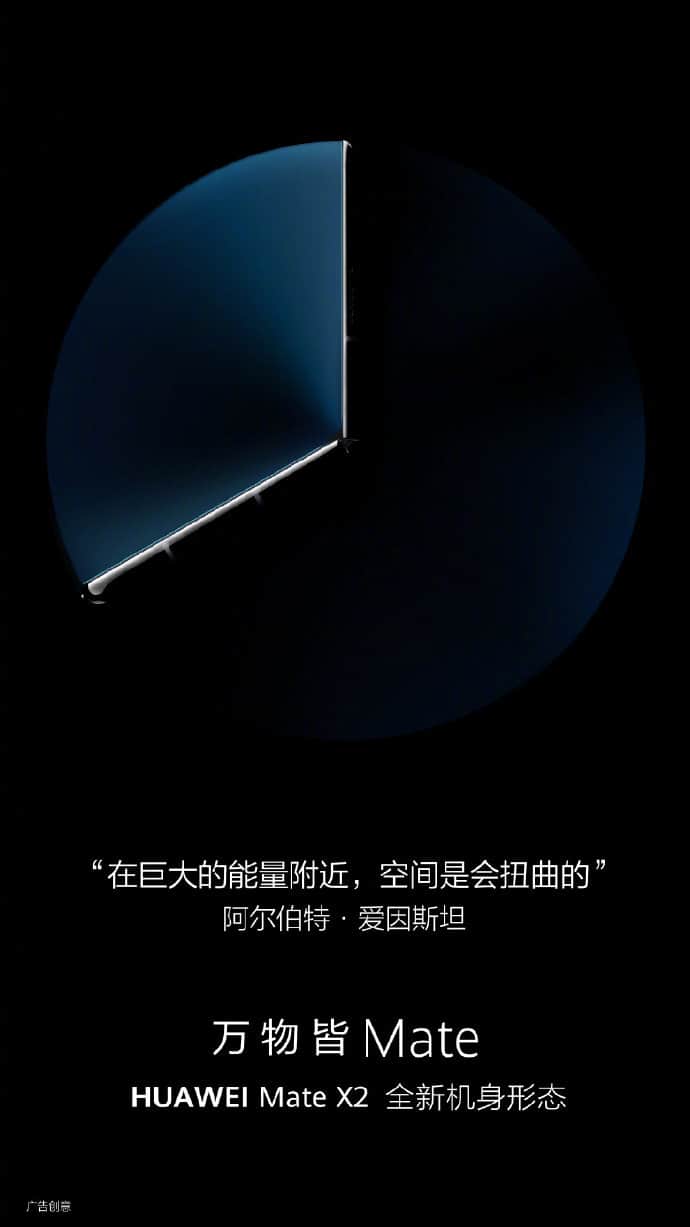 Earlier this month, the company confirmed that the device will launch on February 22. Back then, Huawei also teased that the display will fold inwards, but not we know for sure.

It is worth noting that the phone will launch in China on February 22. We still do not know if the global launch will follow, or when will it happen. Huawei will want to offer this phone globally, but we’ll probably have to wait a bit.

As most of you know, Huawei is still affected by the US ban, and cannot pre-install Google services on its devices. Therefore, the Mate X2, when it launches, it will ship with Huawei’s HMS, not Google’s GMS.

Things are not looking to change anytime soon, but who knows. The Trump administration is gone, and Joe Biden is the US President now. First indications suggested that Huawei’s situation won’t change, but we’ll see.

The device will be fueled by the Kirin 9000 SoC

The Huawei Mate X2 will be a flagship-grade smartphone. It will be fueled by the company’s Kirin 9000 SoC. This is the latest flagship processor from Huawei, and it’s quite powerful.

Up to this point, we’ve only seen third-party concept renders of the device, so we don’t really know what to expect in the design department. The device is launching in a couple of days, though, so we’ll get all the information then.