Android 12 will bring a lot of new features, and some of the new stuff will be exclusive to Google’s Pixel phones. According to the info provided by XDA Developers, Google Pixel-exclusive lock screen clocks are coming with Android 12.

These lock screen clocks have been expected for a while now, and it seems like they’re finally coming with Android 12. They are going to be a part of the Pixel Themes app that got introduced with Android 10.

We knew that these clocks are in the works ever since 2019. Back then, information surfaced that Google is working on three different lock screen clock presets. Those presets included a text clock, a bubble clock, and a stretch analog clock (shown below). 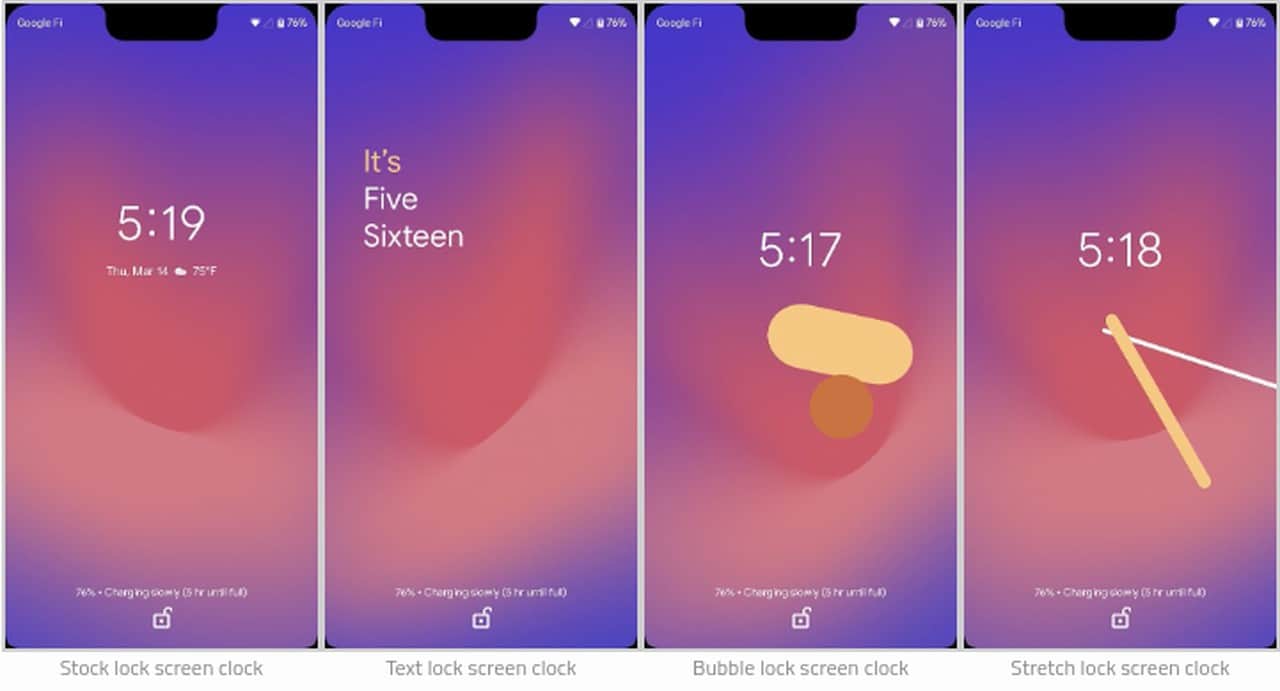 These presets never made it to a final build of Android, though. That goes for both Android 10 and 11, unfortunately. They have been completely removed from the SystemUI app in every stable release.

Having said that, Android 12 Developer Preview 1 suggests that we’re getting these clocks in Android 12. The source learned that Google updated the WallpaperPicker app in Android 12, with some new code.

Some code points to exclusivity, though nothing is guaranteed

This new code is related to custom lock screen clocks. After some more digging, it has been revealed that the Pixel Themes app won’t show the “clock” tab at the bottom if an app with the package name matching the value of “clocks_stub_package” is not installed.

Considering the name that we’ve mentioned, chances are this feature will be exclusive to Pixel phones. It makes sense, as it has the word “pixel” in it.

Do note that none of this is a guarantee we’ll see it in the stable release, though. Google has a tendency to remove some stuff before the final release, so we’ll see what will get removed. We still have several Developer Previews and Beta build to go through.