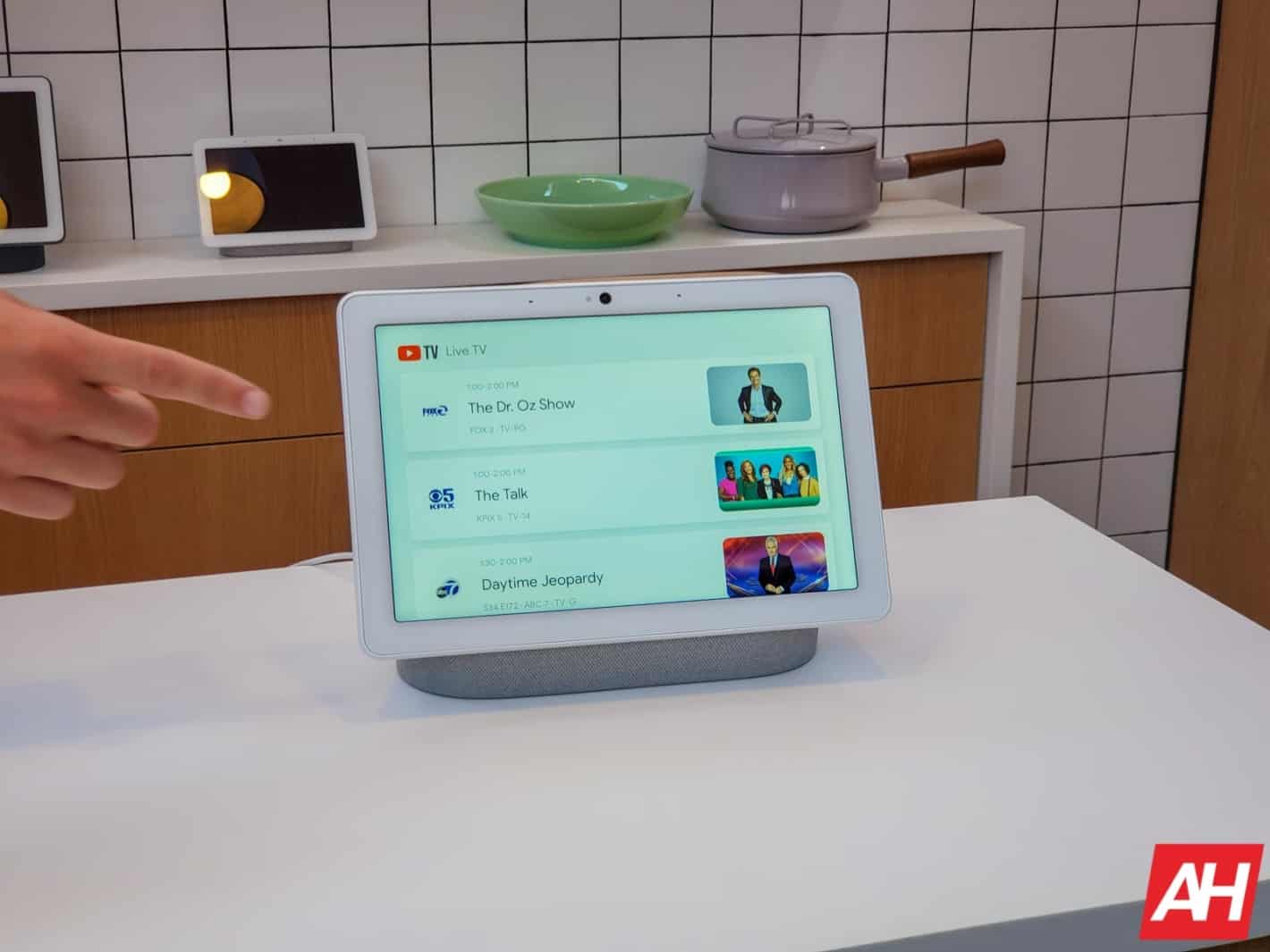 Google is rolling out a new firmware update for Google Nest Hub and Nest Hub Max. Reportedly, the update brings a bunch of features including new Alarm UI, Sunrise, Zoom, and more.

Notably, the update was under the Preview Program for quite a few weeks. It is finally rolling out widely for the Google Nest Hub and Nest Hub Max users.

According to 9to5Google, the update is rolling out with version number 1.52. Talking about the features one by one, it brings a new Alarm UI which was live for users last month as a part of the Preview Program.

You can access the new Alarm UI by saying, “Hey Google, show me my alarms” or by simply swiping up from the bottom of the screen and tapping on the clock icon. The new Google Nest Hub and Hub Max Alarm UI will show a list-based interface.

The new Alarm UI is clean and has all the details in a single line. This line features all information like time, date, and on/off toggle. The “Set an alarm” button or interface is unchanged.

However, there are other additional features including options such as Repeat alarm, Alarm tone, Sunrise alarm, and Morning routine.

The Sunrise alarm will slowly brighten up the connected smart lights, and the alarm mimicking sunrise, to gently wake you up. There are other granular features under the Sunrise alarm setting.

You can specify if Room lights should slowly brighten or not, set the alarm to soothingly play the alarm tone during the Sunrise alarm. Moreover, you can also specify how long the effects play, i.e. 5, 10, 15, 20, 25, or 30 minutes.

Additionally, there are more alarm settings like volume slider, and the ability to choose “Silence after” and “Snooze length” durations.

The new firmware also brings Zoom video calling app integration and a Family Tab. The Zoom integration preview was rolled out by Google back in December 2020.

But the broader rollout will now soon begin for Google Nest Hub and Hub Max users. Currently, it is available to a limited set of users. You can check out this official document for full instructions.

Further using the Family tab, you can create a family group, and all of your Home Control, Media, Communicate and Discover tabs will be shown in a single place for all the family members to see.

There will be some kid-friendly features such as sticky notes, Bell schedule, and interactive stories which you can highlight on the home screen.

Other features of this new update include new Cast tones and a more dark theme. The new Cast tone is more refined and is soothing to listen to. Besides, the dark theme is now available to more parts of the System UI. 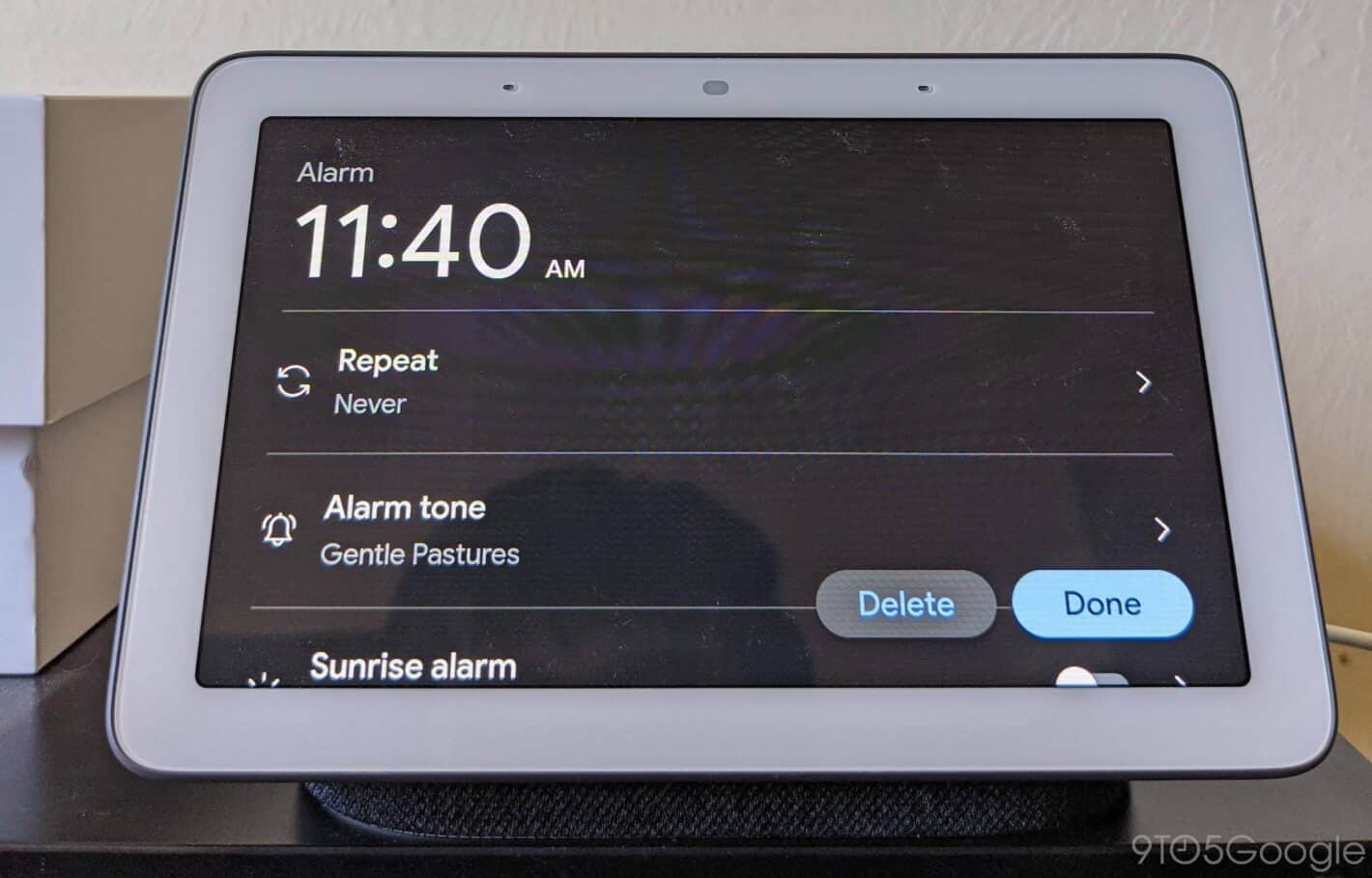 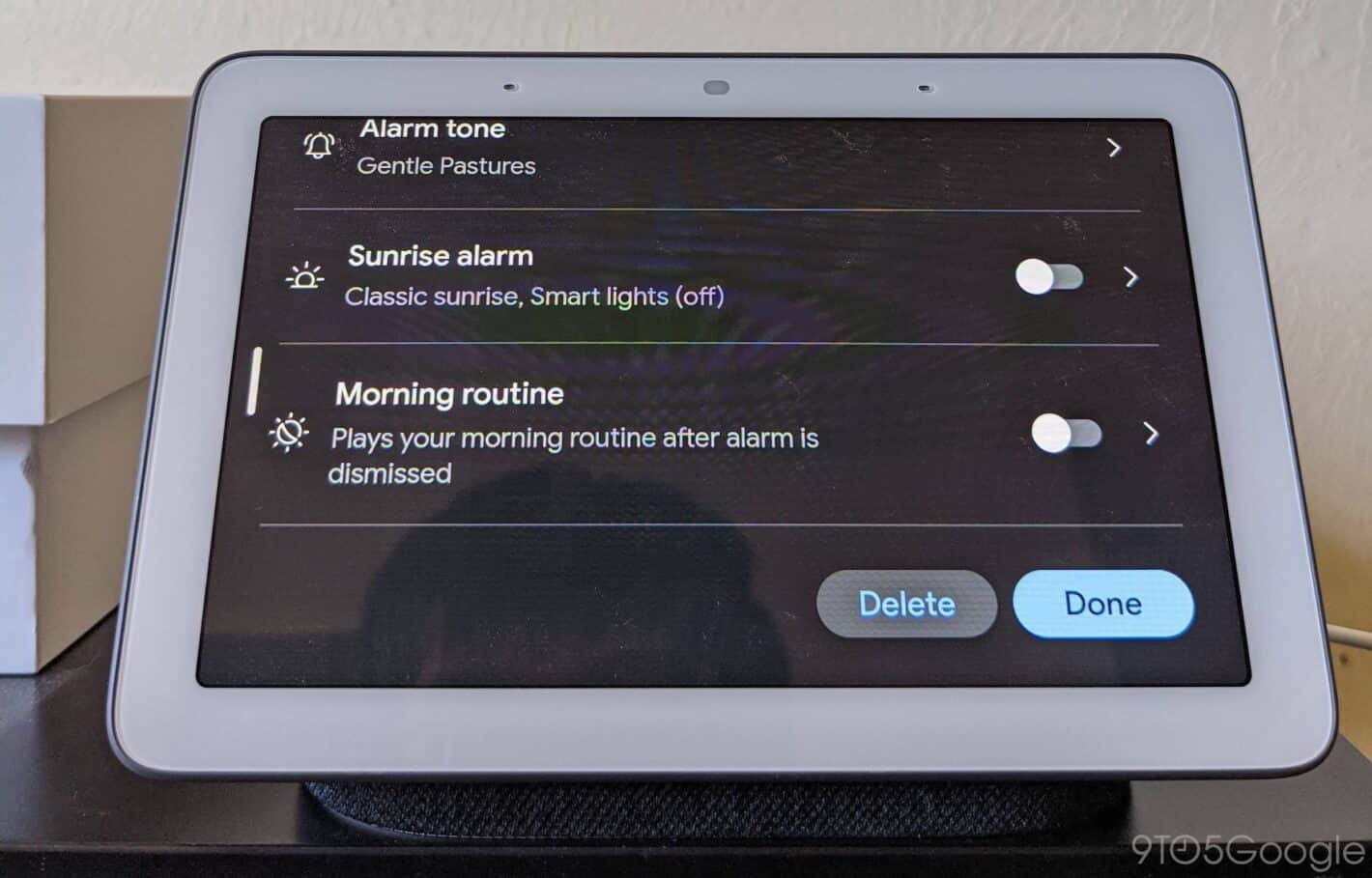 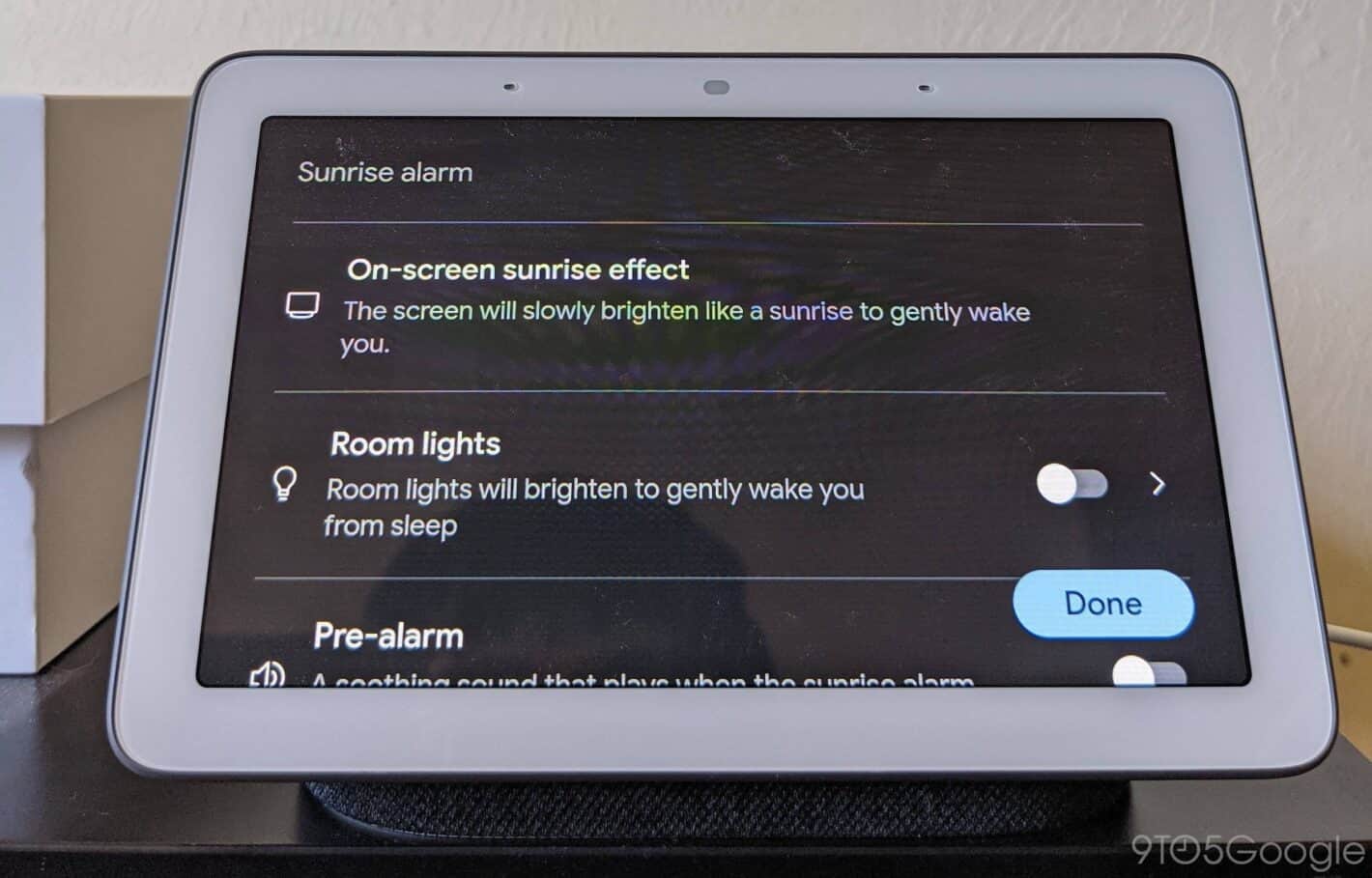 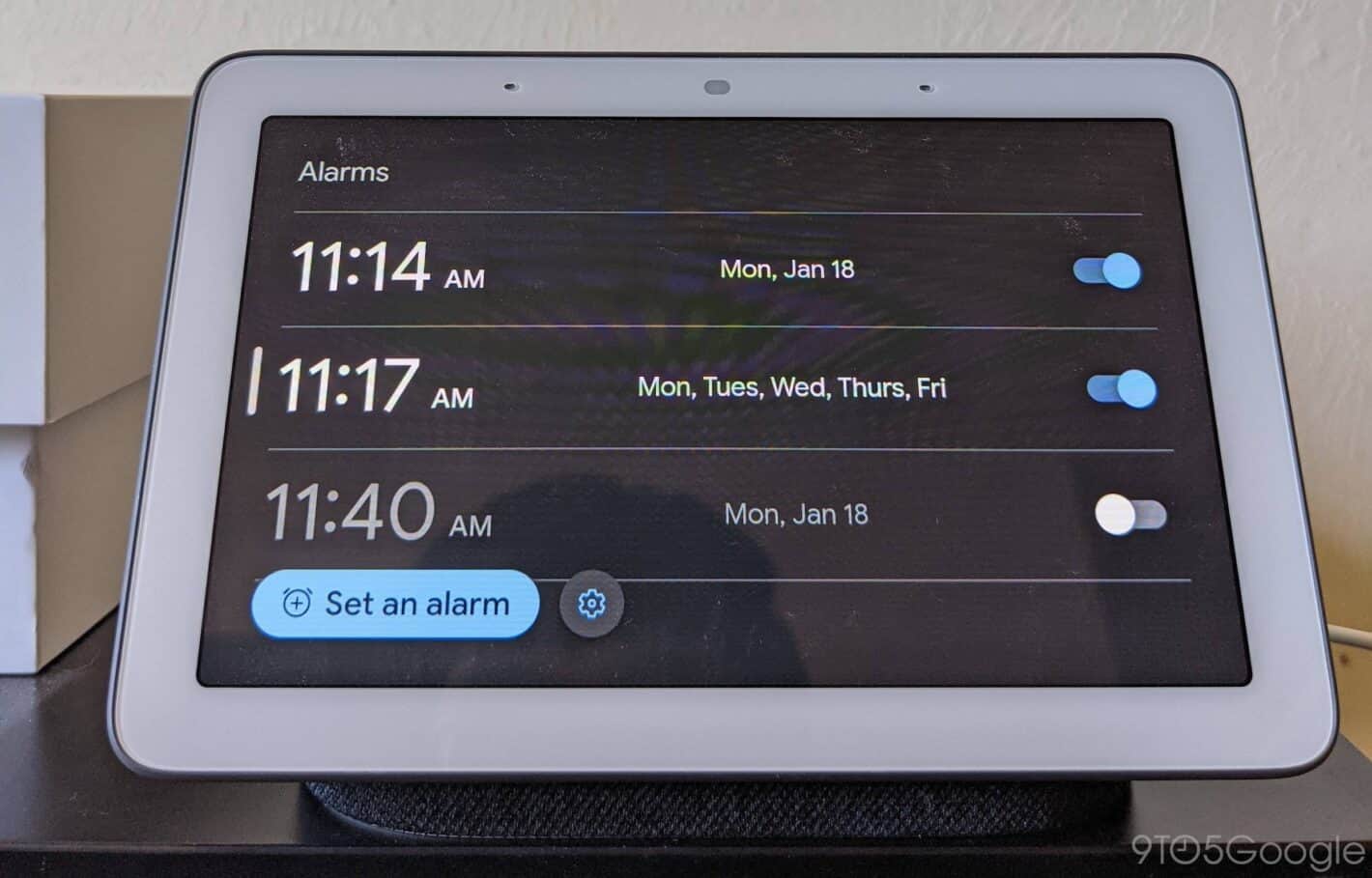 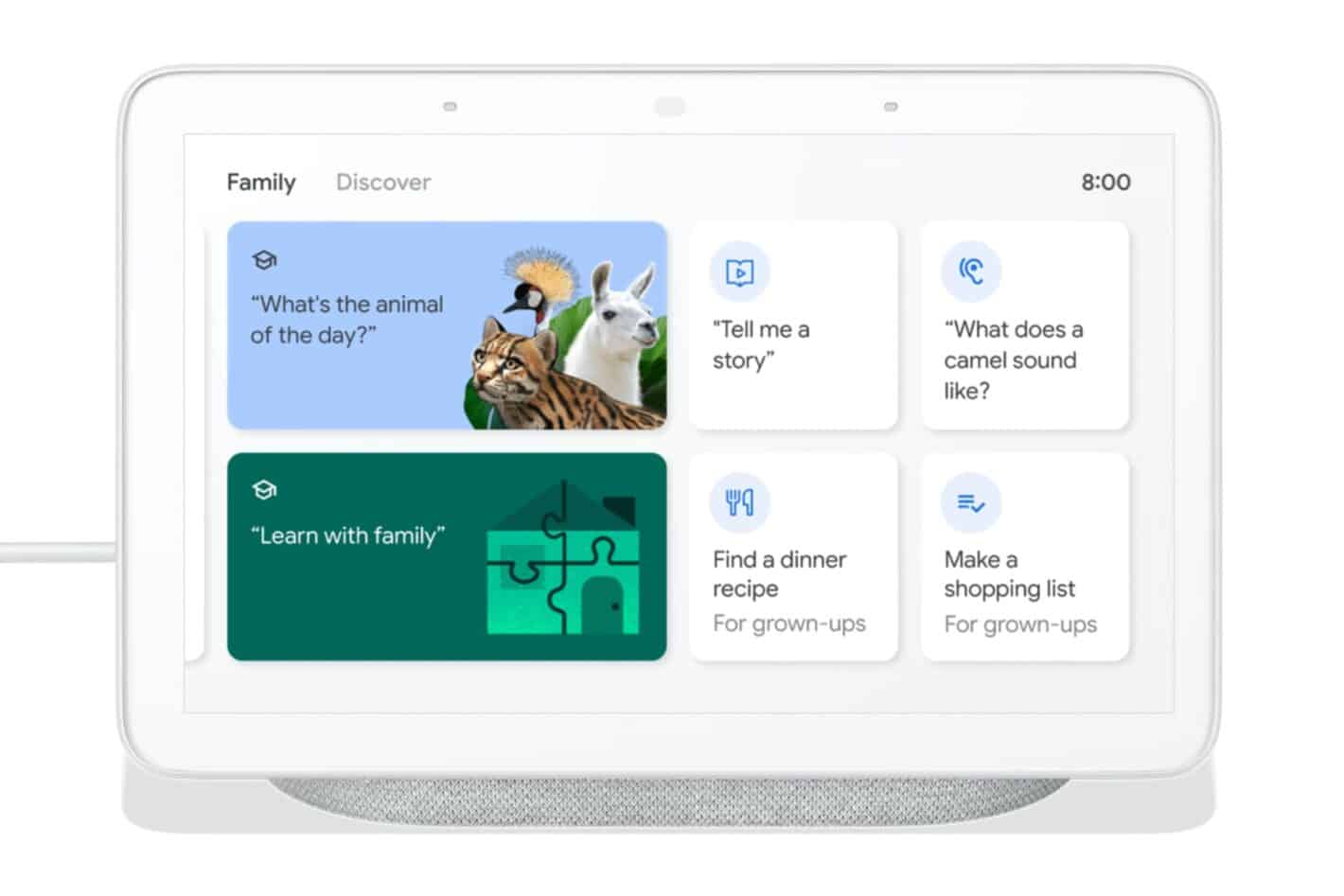 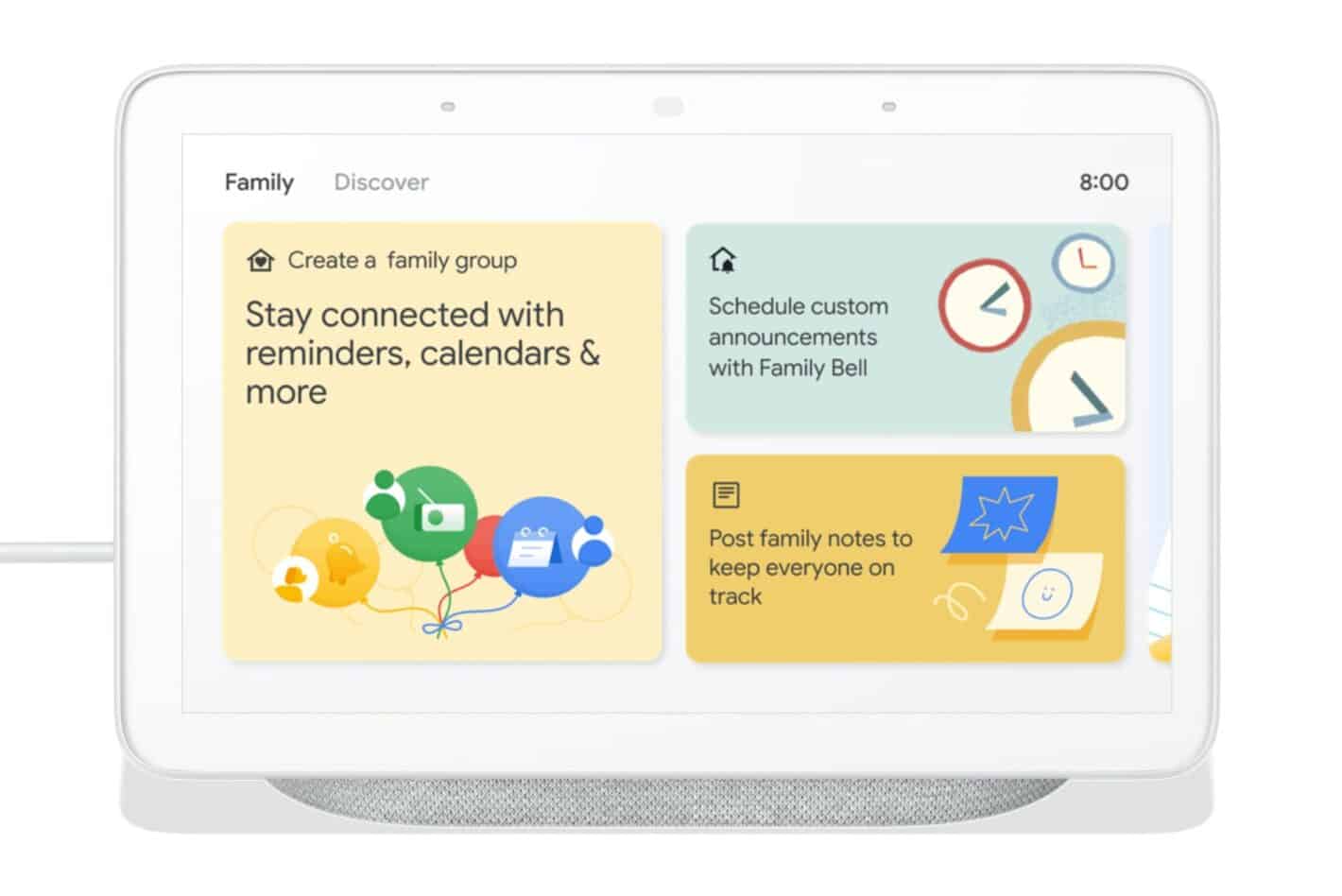 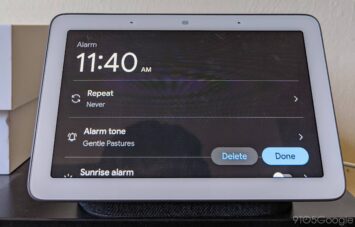 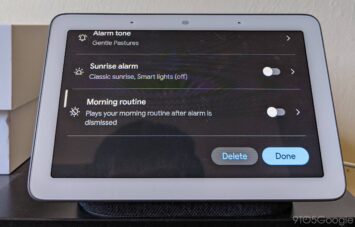 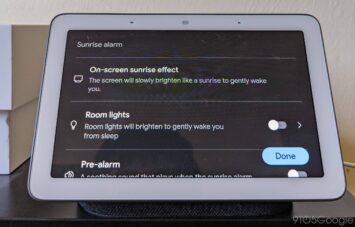 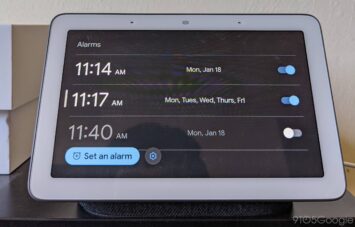 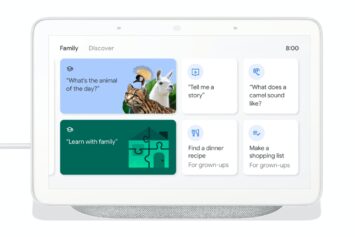 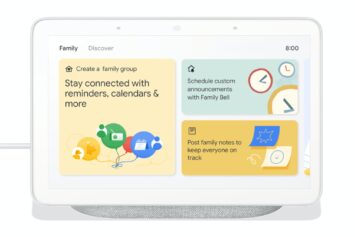