According to 9to5Google, the free version of Google Chat will arrive in the first half of 2021. As a result, Google is rolling out the Google Chat preview for free Hangouts personal accounts. Chat is a Workspace-only app, but paying customers can invite anyone who has a Gmail address.

Ars Technica’s Ron Amadeo says that some users who have the standalone Google Chat app will see a new greeting. The greeting will say “Welcome to Google Chat. Google says Chat introduces a new experience and features that Hangouts doesn’t have. 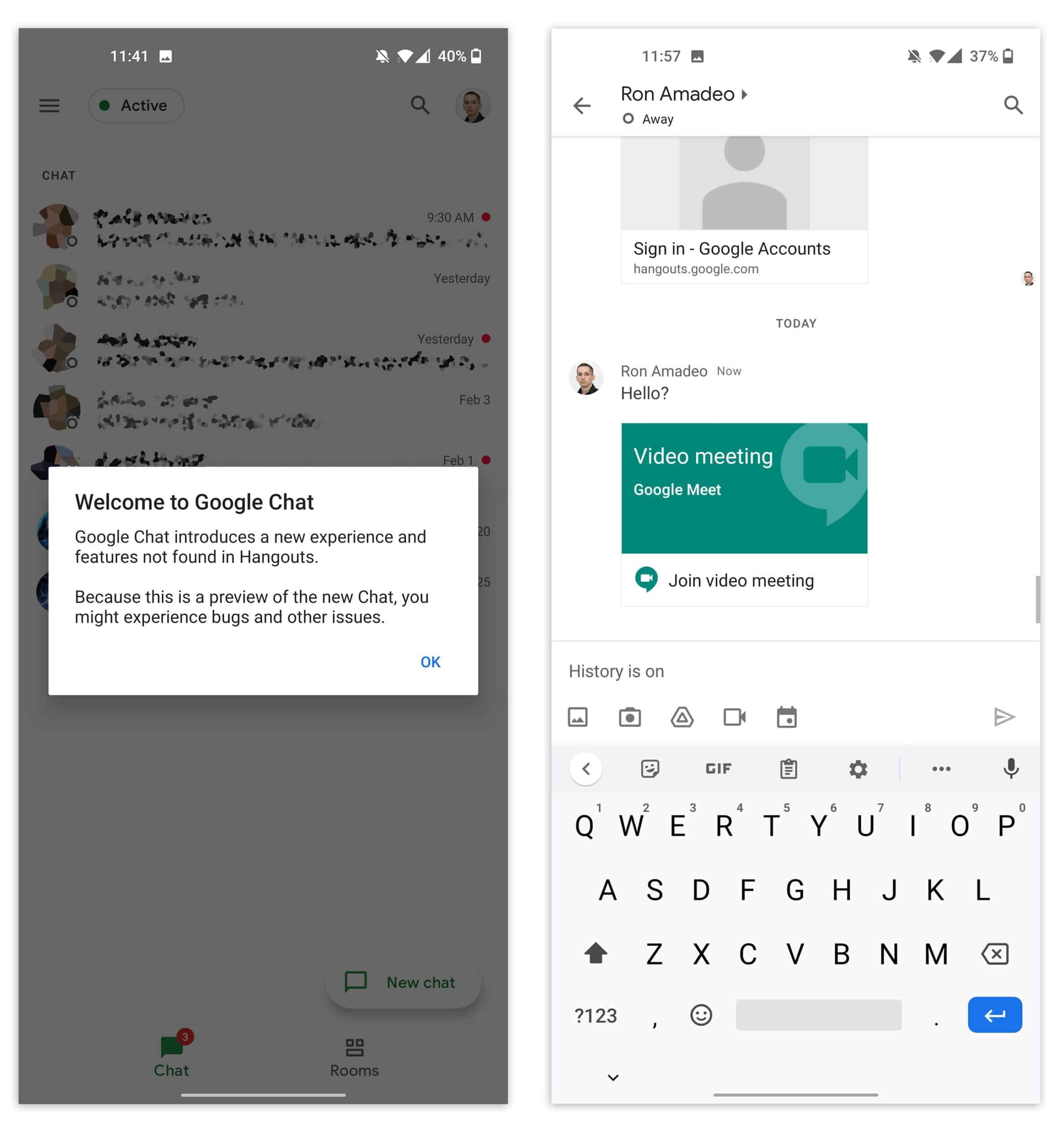 However, since this is a preview of Chat users may experience some bugs or other issues. The beta will let users find any Hangouts contacts they have saved. However, group chatting is not available in the preview today.

The Google Chat preview is a simple and straightforward messaging app. Despite this, the app has a lot of enterprise-leaning features. These features include the ability to quickly search ad insert files from Google Drive, and quick Calendar meeting creations.

According to Amadeo video calling is completely reliant on Google Meet. To clarify, it means video calls will generate a link instead of immediately starting a call when an invite is sent. Google Chat is expected to also appear in Gmail as a dedicated tab.

The preview for Hangouts is not widely available on a widescale level yet. 9to5Google says that they tested several accounts, and the new welcome prompt did not appear on any of those accounts. Google says that the transition will begin“in the first half of 2021.”

Luckily for Hangouts users, their conversations, contacts, and saved history will automatically be migrated over. Google’s overall messaging strategy has been a mess for some years. Google has been looking to consolidate its messaging platforms both across enterprise users and regular users.

First, there was the Google Allo debacle that was meant to challenge Apple’s iMessage. Unfortunately, Allo was discontinued relatively quickly after its launch. For the commercial side, Google now puts all of its energy into Messages.

For the enterprise side of things, Google is leaning into Google Chat. The company seems to know what path it wants to take with its messaging platforms. Only time will tell if Google stays on the paths it has decided to take.