If you take a look at the comparison in the image below, you’ll see the change. On the left, you can see the pitch black dark theme on Android 11, while on the right you can see what Android 12 brings forth. 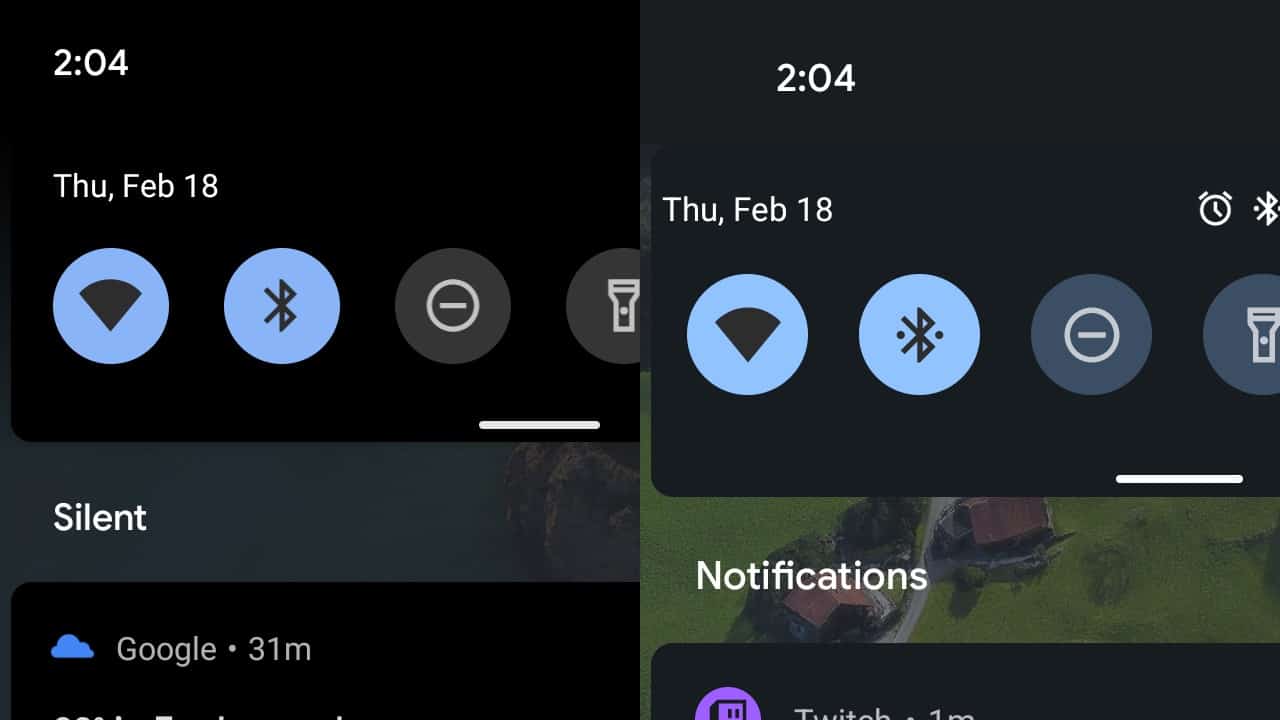 It seems like Google has opted for a dark gray dark theme instead. Needless to say, this is based on Android 12 Developer Preview 1, which recently dropped. There is a chance this is just a temporary change, though.

Pitch black dark theme does more for the battery life, as it manages to conserve it far better than anything else. For that reason, this may not be the best idea on Google’s side.

On the flip side, Google is expected to deliver a full theming system with the final Android 12 build. Well, at least it seems that way. Some hints in Android 12 point in that direction, while some tidbits surfaced a while back as well.

If the theming system comes, you’ll be able to choose what you prefer

Do note that the theming system has not been confirmed at this point, not at all. Google seems to be working on it, but it may not see the light of day with the final Android 12 build.

Google has a tendency of removing some features before the final build drops, so we’ll see. Something like that would be great to see, though, as it would give users far more choices when it comes to theming.