ORIGINAL ARTICLE: It seems like the double tap gesture may finally find its way to Google’s Pixel smartphones, and Android 12 may deliver it. This information comes from 9to5Google, and it’s based on Android 12 Developer Preview 1.

The site reported that the double tap gesture seems to be coming on the Pixel 5. It doesn’t work yet, in Android 12 Developer Preview 1, but it may soon. What’s interesting, though, is that we’ve already seen this in one of Android 11 Developer Previews.

It was expected to become available with Android 11, but that didn’t happen. So, chances are it will arrive with Android 12, though Google may change its mind again, of course.

If you’ve installed Android 12 Developer Preview 1 on your Pixel 5, you can turn on this functionality. You go to the ‘System’ section in your ‘Settings’ app, and then hit ‘Gestures’. In that menu, you’ll see the ‘Use double tap’ option. 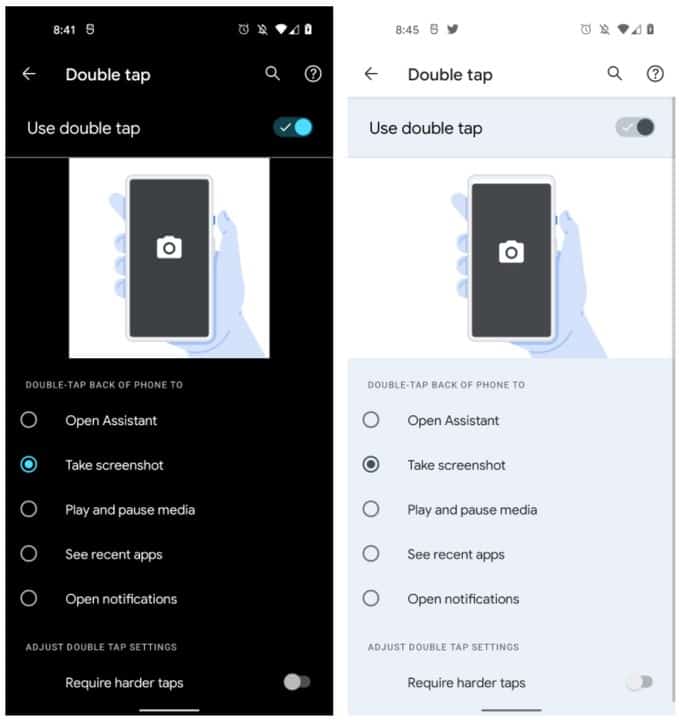 If you do that, you’ll be able to choose between five different options there, for that gesture. These are the available options: Open Assistant, Take screenshot, Play and pause media, See recent apps, and Open notifications.

The ‘lock screen’ option is not available at this point

In the menu, there is also the ‘Require harder taps’ option, which is kind of self-explanatory. Unfortunately, the lock screen option is not located in that menu. On most launchers, that is the most used action for a double tap.

As already mentioned, this feature does not work in Android 12 Developer Preview 1. It hopefully will in future updates, or at the very least in Android 12 final build when it lands.

Google will also, hopefully, add the lock screen option in there, as that seems to be the most popular action for a double tap gesture. We’re also hoping that the feature will make its way to other Pixel smartphones, not just the Pixel 5. Only time will tell, stay tuned.