Google last week announced a major update for the Android TV interface, giving it a fresh new look. The update is now rolling out widely to eligible devices. The new UI greatly resembles the look and feel of the company’s Google TV platform on its latest Chromecast, which debuted in October 2020.

The updated Android TV interface features three new tabs at the top: Home, Discover, and Apps. The voice search and the Assistant menu are still in the top left corner, but the sidebar with oversized icons is completely gone and has been replaced by minimalist tabs at the top.

The new Home tab brings together all your favorite apps and channels in one place for quick access. It still mostly looks like the old home screen that you are already familiar with. The Apps tab, as you’d expect, is the place where you will see all of your installed apps.

The Discover tab is completely new to Android TV though. Here you’ll find “personalized recommendations based on what you watch and what interests you, in addition to what’s trending on Google”. According to the company, this tab brings together movie, show, and live TV recommendations from across your apps and subscriptions. It organizes all the content just for you. Something like the For You tab in Google TV.

Newer Chromecast streaming sticks and a few Sony and TCL TVs already use Google TV though. More devices will likely use this UI going forward. So it’s a bit confusing that Google TV and Android TV, which are two similar products with a slightly different UI, continue to exist side by side.

Google began rolling out the latest interface update for Android TV to eligible devices earlier this month. The company said the new interface will first hit devices in the US, Australia, Canada, Germany, and France, with more countries getting it in the “coming weeks.”

Now that the update is rolling out widely, it shouldn’t be too long before it reaches your Android TV if it hasn’t already. However, you may not see an updated interface straightaway after you install the new software. You may have to wait a little while before your TV switches to the new interface. 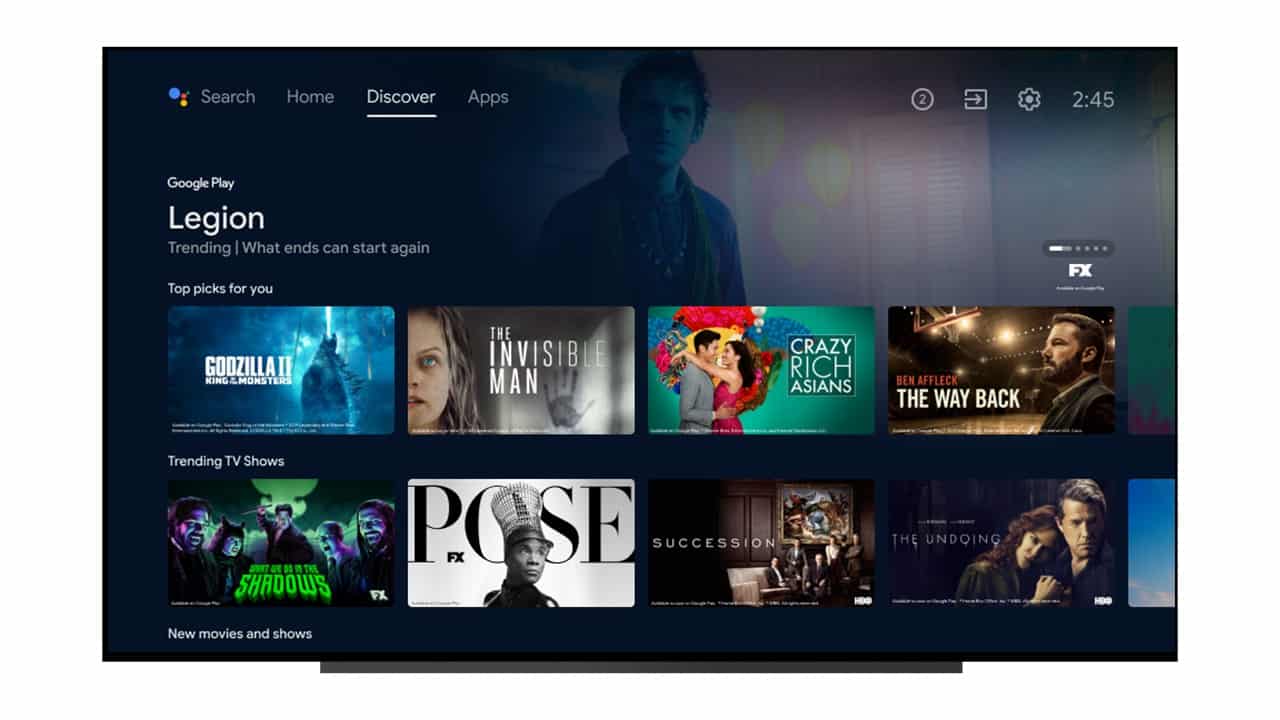