Android 12 Developer Preview 1 launched quite recently, and it revealed a lot of details at first. As days go by, more and more details keep on surfacing, as Android developers are digging through the code. The latest such feature that we get more information about is Android 12’s ‘Conversation Widget’.

This is not the first time we’re hearing about this feature. It was shown in a leaked document before Android 12 Developer Preview 1 dropped. It is one of the most interesting new features coming with Android 12, that’s for sure.

This widget is contained within Android’s SystemUI application, and is planned to be a mandatory feature for all Android 12 devices. As with many other features in Android 12 Developer Preview 1, it is currently not functional, but the aforementioned developer managed to get it working, kind of.

This feature is currently called ‘People Space’, as it’s still in development. If you take a look at the images below, you’ll see the Conversation Widget in the widgets list (under a different name), and also in action on the home screen. 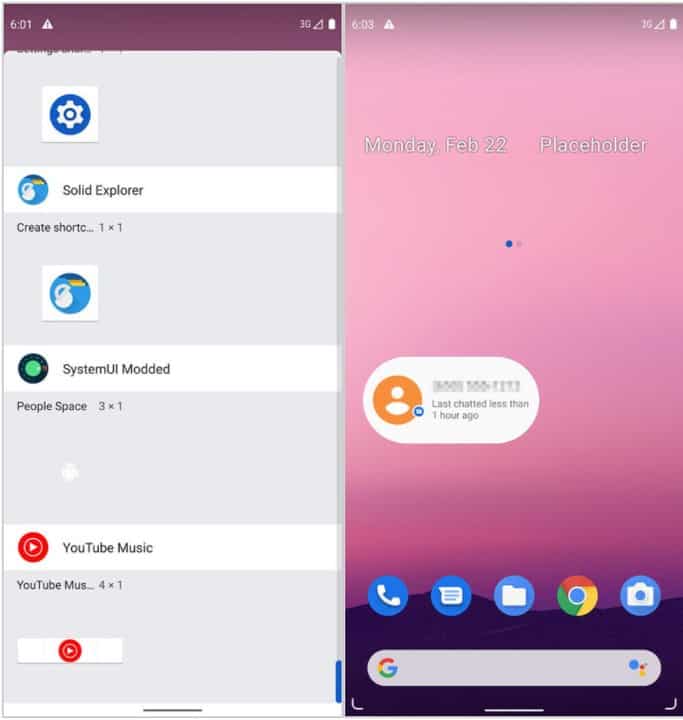 The developer managed to get it working, well, kind of

In this example, the Conversation Widget shows the last message from the Google Messages app for a specific contact. Unfortunately, this widget does not currently show the actual content of the message. It also does not work with other apps that the developer tried (Facebook Messages and WhatsApp).

Speaking of widgets, Google is also working on iOS-like widget stacks for Android 12. Both of those features will likely see the light of day in the Android 12 stable build later this year.

Google plans to release several more developer previews and beta builds before a stable build arrives. One thing is for sure, Android 12 will be quite a change, and we already see that many news features are coming.