ZTE Axon 20 is the first smartphone in the world to come with an under-display camera. Though we can have a long discussion on the implementation and the result of it, ZTE has now teased its successor, the Axon 30.

As per an official Weibo post by ZTE, it has teased the upcoming ZTE Axon 30 smartphone. The teaser, however, does not reveal much about the phone. But it hints that the upcoming phone will come with an under-display camera.

The good thing is that unlike Axon 20, which launched as a mid-range smartphone, the ZTE Axon 30 will be a flagship smartphone. It will be powered by the latest Qualcomm Snapdragon 888 mobile platform.

This will not only improve the performance of the phone but would put the phone to be the first flagship to come with under-display camera technology.

Moreover, the Axon 30 being the company's smartphone to feature the second-generation under-display camera technology, we expect better implementation and some better results out of it.

Notably, the ZTE Axon 20 should be lauded for implementing the under-display camera technology, but the images that it captured were dreamy and blurry to put it in simple words.

Being a flagship smartphone, ZTE is expected to pack a punch under the hood of the Axon 30. It is expected that the phone may come with Android 11 out of the box, which should not come as a surprise.

The Axon 30 is also suspected to have better cameras and come with at least 30W fast charging.

It should also pack NFC, come with up to 12GB of RAM and 256GB of onboard storage. There is currently no information on when ZTE plans to release the Axon 30 smartphone. But it is expected that it won't be the lone smartphone to launch.

The Axon 30 may be announced along with some other mid-range devices. ZTE is speculated to launch the device in mid-February during the Chinese New Year holiday.

According to Gizmochina, a message from the President of Nubia, which used to be a ZTE-owned brand, hints that the company may launch the ZTE Axon 30 sooner than expected.

The phone will first launch in China before making its way to other countries. Since the phone is coming sooner, we expect more details about the device to surface on the internet. 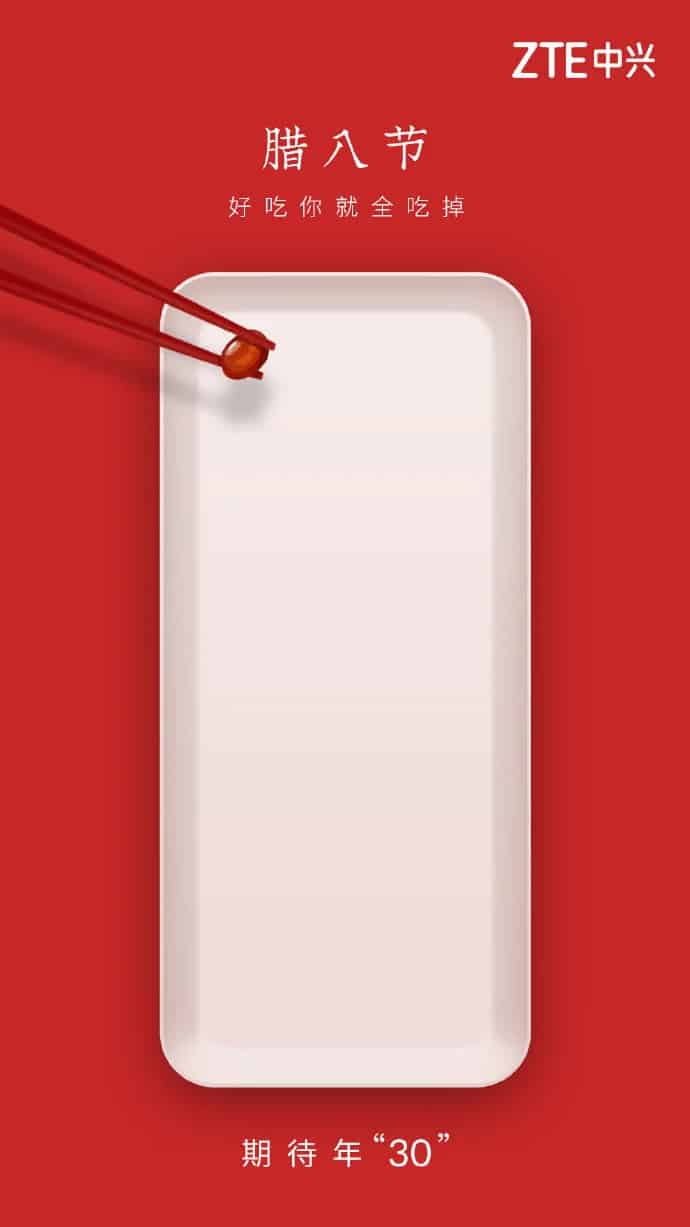