Twitter has bought into the team behind the podcast app Breaker in order to further develop its Audio Spaces system. As announced by the Breaker team themselves, this will spell the end of the app itself as the team has partnered with the social media platform.

Twitter's plans to expand into Audio 'Spaces' have long been known after various announcements. Back in September it first emerged that Twitter would begin testing voice DMs. This marked their first foray into this area but more was to come.

Next came the announcement that Twitter would begin the trial of clubhouse like chat rooms. This came to be known as Spaces and form the basis of the company's expansion into audio.

This is, therefore, the reason behind the acquisition of the Breaker team. As reported by Engadget, the Breaker app has focused on community and social elements of its experience.

This meant expansion away from the traditional podcast formula and one that has more focus on the social side of the industry. Something that no doubt attracted Twitter in their acquisition.

Both Twitter representatives and Breaker founders have spoken positively about the move. Both sides extolling the benefits of the deal to potential users.

Twitter engineering lead Michael Montano says the expertise of the breaker team will help "improve the health of public conversation on our service".

Breaker co-founder Leah Culver has tweeted about the purchase. In this, she said that she is "excited to help create the future of audio conversations".

Breaker has announced that its app will shut down on January 15th as a result of the deal. It has directed subscribed users to export their OPML list of subscriptions in order to use them on other podcasting apps. It has also offered a guide on how to do this as the pictures below show. 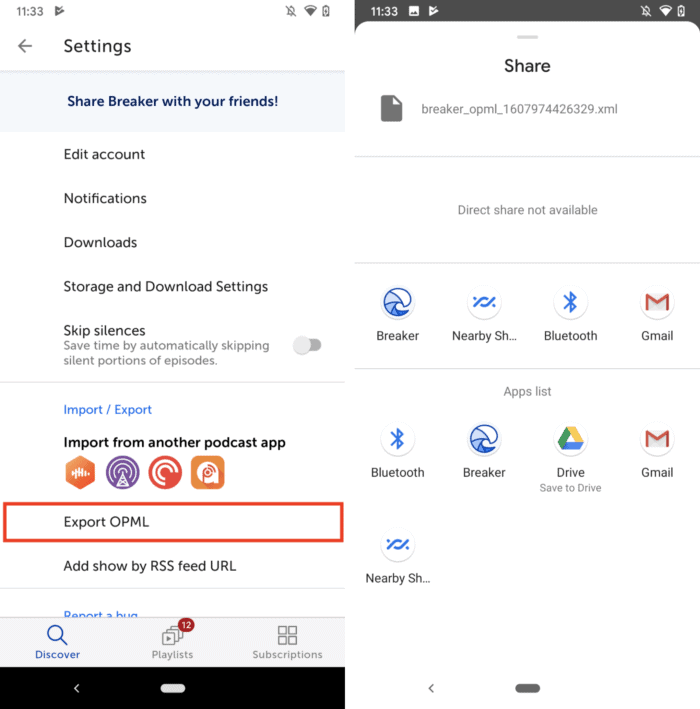 Currently, Spaces is still in a very limited testing phase with few users invited in. As yet we do not know what sort work the Breaker team will conduct or do we know what tech they might build. However, it may well have something to do with the ability to export conversations for later listening in order to extend the reach of those conversations.