TCL has now officially launched two new tablets, including one with an NXTPAPER display, as part of CES 2021. The new devices are priced squarely in the mid-range bracket. But that doesn't mean they don't bring a lot of intriguing features to the table. 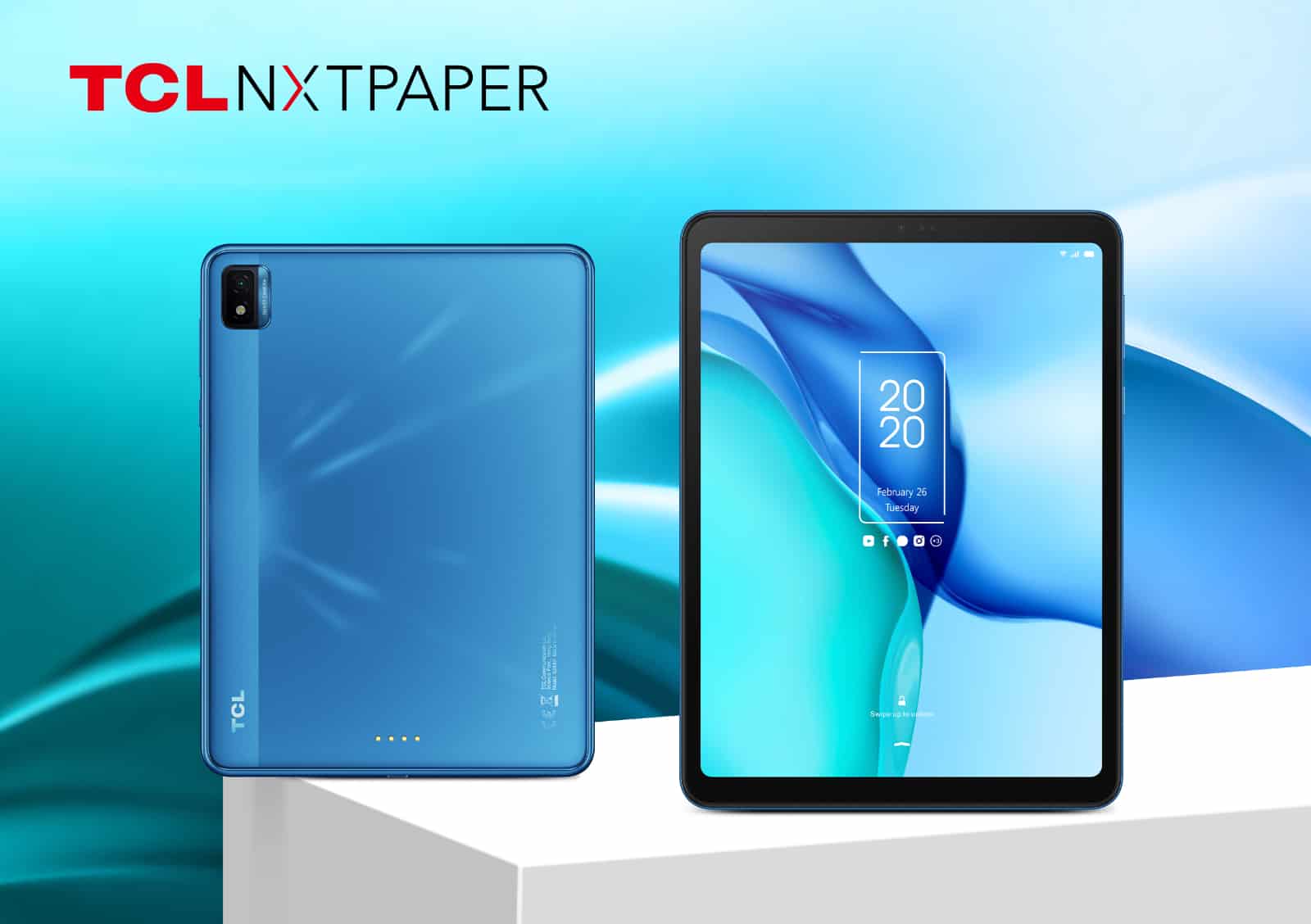 Arguably the more exciting of the announcements about TCL tablets at this year's CES event is its NXTPAPER tablet. And that comes down to the technology found in the 8.8-inch LCD display of this gadget.

In fact, everything anybody needs to know is right there in the name. TCL NXTPAPER utilizes a screen technology that requires no backlight, depending instead on reflected light.

That's not all that different from how E Ink displays work, offering a paper-like experience. But here, the 8-inch 1,440 x 1,080 NXTPAPER display is as much as 25 percent higher contrast than most E Ink tablets. At least, that's the case according to TCL. It's also over 65-percent more power-efficient than standard LCD screens. All without the harmful flicker and blue light.

That should also make its 5,500mAh battery last a lot longer and TCL seems to confirm that. The company says users can expect well over a full day's use on a single charge.

The TCL NXTPAPER is powered by a reasonably powerful octa-core, 2.0GHz MediaTek processor too. And that's backed by 4GB RAM and 64GB of expandable storage. So it's not going to be a slouch on the performance front either, despite its moderate pricing.

In terms of software, this tablet runs Android 10 out-of-the-box. That comes complete with Google Assistant, the Google Play Store, and other perks. And the tablet offers both WiFi and 4G connectivity, for those who really need to work, learn, or play on the go.

All of that, TCL says, should make for a great tablet whether for school, teleconferencing, presentations, entertainment, and more.

Now, TCL NXTPAPER may not appeal to everybody since, like E Ink, reflective LCD displays under low-light or dark conditions may not be as great as backlit panels. The company hasn't said whether or not a toggleable backlight is part of the package. But TCL did announce a new non-NXTPAPER tablet announcement at CES 2021 too — for those who don't want something akin to electronic ink technology.

Dubbed the TCL TAB 10S, the company's second gadget is a 10.1-inch tablet with a similar Full HD+ (2,000 x 1,920 pixels) display panel. But this display, despite featuring a flicker-free Eye Safety mode, packs a backlit display.

And, despite that it's been marketed as a high-value, performance-ready option for families and students, this tablet's no slouch either. It's specs definitely support the performance side of the claim, at the very least.

TCL packed the TAB 10S with an octa-core processor from MediaTek — with four cores each clocked at 2.0GHz and 1.5GHz, respectively. It backed that up with up to 4GB RAM and 64GB expandable storage. That's packed into a frame housing two speakers and two mics, enabling better video calls and chats. As well as better audio overall, compared to some competing devices. And the dual camera setup — an 8-megapixel snapper at the back and a 5-megapixel shooter at the front — help to further that use.

Android 10 is present on the software side of things here too. Driven along by an all-day 8000mAh battery with up to 8-hours of video playback and two weeks of standby.

Other prominent features include POGO pin connectors in the frame, intended for use with third-party accessories. And support for the TCL T-Pen stylus is part of the bundle as well as intuitive parental controls.

Rounding out the features, TCL TAB 10S is 4G LTE-ready.

In terms of pure specifications, those have been provided by the company and included here.

When can you buy the new TCL NXTPAPER and TAB 10S tablets shown at CES 2021?

The first of TCL's new tablets to become available will be the TCL TAB 10S. Sales will open up for the EU, North America, Middle East, Africa, and China, as well as the Asia Pacific and Latin America regions in March. Pricing will vary depending on whether or not the WiFi-only or LTE variant is purchased. The former will start out at around €199 — roughly $242 — for the former or €249 — $303 for the mobile data variant.

The TCL NXTPAPER, conversely, will become available in April for no fewer than five regions. Those are Europe, the Middle East, Africa, Latin America, and the Asia Pacific. It's expected to be priced at €349 — or right around $425.