Samsung is getting ready to use an under-display camera in its smartphones. A new patent has surfaced, as Samsung trademarked “UPC” aka “Under Panel Camera” in Korea. The trademark popped up at KIPO (Korean Intellectual Property Office).

This patent surfaced on January 15. It is in the category for “Smartphone display / TV display panel”. That could indicate this camera is not meant for TV displays only, as a recent report suggested. 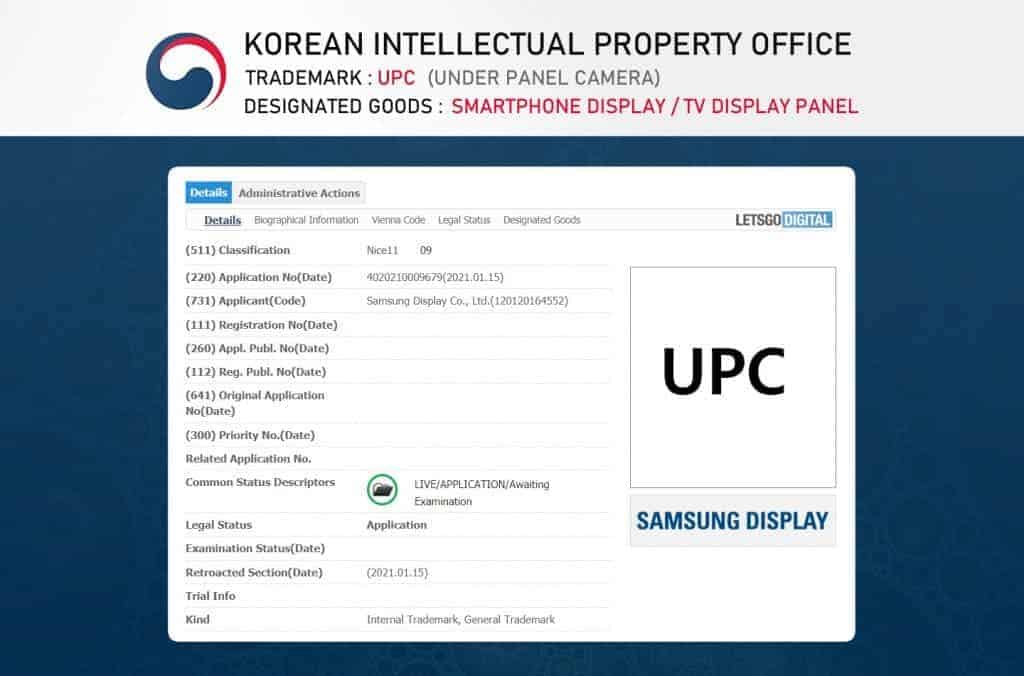 Another indication is the fact we’ve seen quite a few rumors suggesting that the Galaxy Z Fold 3 will include an under-display camera. Samsung has allegedly been working on the technology for quite some time.

ZTE announced the world’s first smartphone with an under-display camera, the ZTE Axon 20. We’ll get a chance to review that phone soon, but based on the initial camera samples we've seen, the front-facing camera could be better.

The pictures are not that bad, but they’re not in line with good regular front-facing cameras. Still, the technology is quite impressive, and it will be interesting to see what will second or third-gen under-display camera tech provide.

Xiaomi has been working on such technology for a long time

Xiaomi recently indicated that it opted not to release a phone with such a camera until the technology is mature. The company said that it skipped a couple of generations of under-display camera tech, and that it’s developing a new generation that will be considerably better.

If you’re tired of display camera holes and notches, you’ll be glad to see this technology in the market. It remains to be seen if the Galaxy Z Fold 3 will offer it, but the Galaxy S22 series almost certainly will, in Q1 next year.

Advertisement
Advertisement
Trusted By Millions
Independent, Expert Android News You Can Trust, Since 2010
Publishing More Android Than Anyone Else
16
Today
159
This Week
616
This Month
1290
This Year
111399
All Time
Advertisement