Skip to content
Advertisement
Trusted By Millions
Independent, Expert Android News You Can Trust, Since 2010
Publishing More Android Than Anyone Else
20
Today
171
This Week
256
This Month
6290
This Year
123822
All Time
Advertisement 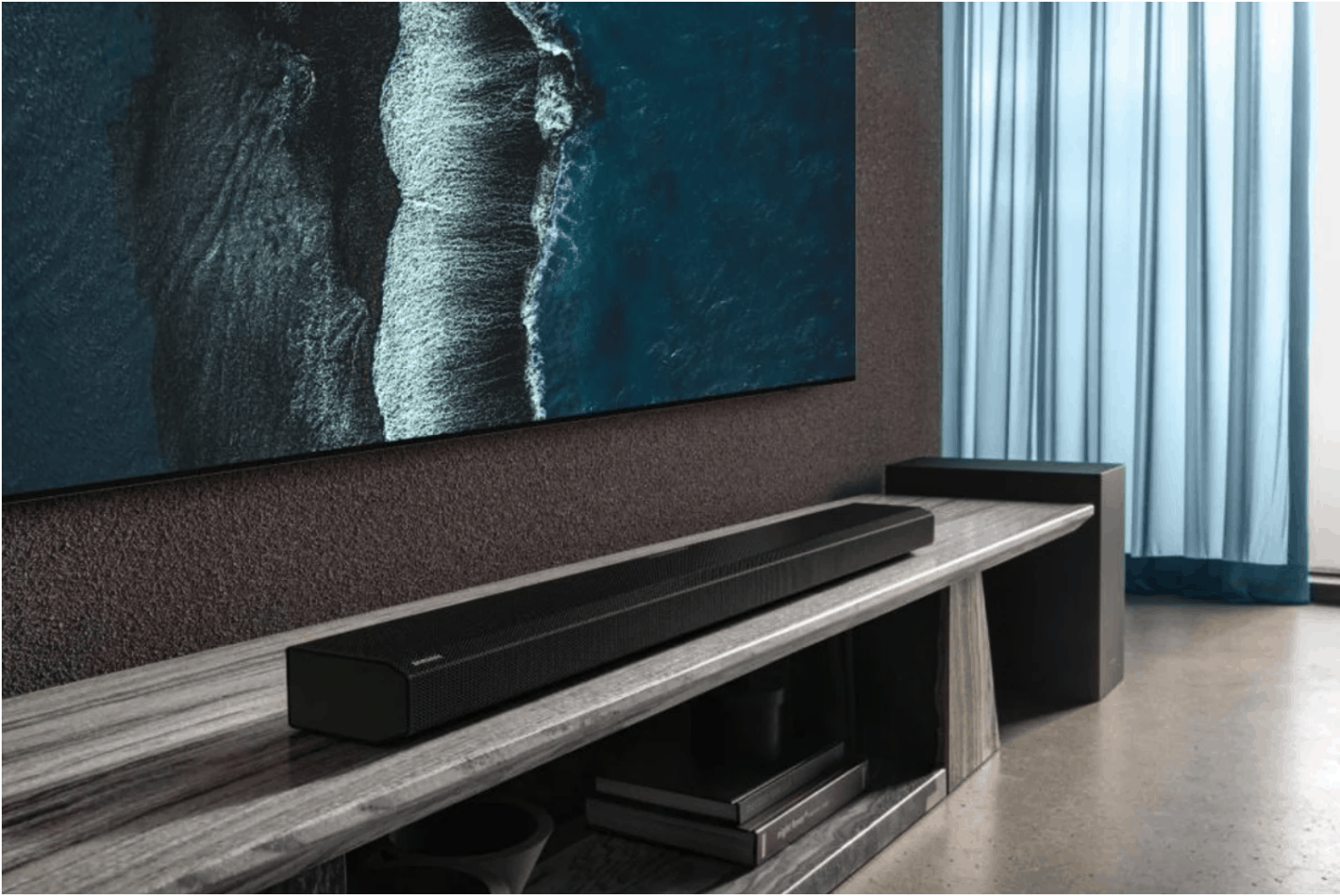 These new soundbars are pretty impressive, and offer just about everything you’d expect from a high-end soundbar from Samsung. Both of these do support Apple AirPlay 2. And they also come with SpaceFit Sound.

SpaceFit Sound is essentially a new feature that Samsung has added that will calibrate the devices so they are able to deliver the best sound for the room that it is in. So if you have a larger room, SpaceFit Sound will adapt to that extra space.

There are calibration mics inside both the soundbar and the subwoofers that are included with both soundbars. Those will also help with setting up the best sound for your room, and will help with positioning for the soundbar.

The HW-Q950A is an 11.1.4 channel sound bar, offering up great surround sound. Including upward-firing and side-firing speakers. That is a major upgrade from its predecessor, the HW-Q950T which was a 9.1.4 channel configuration.

On the other hand, the HW-Q800A is a 3.1.2 configuration. This is compatible with a wireless surround sound system.

Additionally, the soundbars both have Alexa built-in, and also support Dolby Atmos and DTS:X. There is HDMI eARC available for plugging in directly to your TV and controlling it with your TVs remote.

On the gaming side, these support Q Symphony and Game Mode Pro. Making for a really great gaming experience for the gamers out there.

Samsung has not announced pricing on the HW-Q950A and the HW-Q800A soundbars just yet, nor availability. That will likely come in the coming months. Typically soundbars announced at CES don’t become available until mid-year or later. Their predecessors were priced at $800 and $1400 respectively.