Good news for the Samsung Galaxy Z Fold 2 owners. Because Samsung has now started rolling out the stable version of the Android 11-based One UI 3.0 update.

Samsung has been right at the top in seeding the latest Android 11 update for its devices. In fact, the company has stuck true to its update schedule and is delivering the update time for the eligible devices.

Eligible devices in several regions have already picked up the stable Android 11 One UI 3.0 update. And now, it is time for the foldable devices from the OEM, the Galaxy Z Fold 2.

A couple of months ago, Samsung released the beta Android 11 One UI 3.0 update in Korea. But as per a recent report by SamMobile, the Android 11 update is currently live for Galaxy Z Fold 2 users in Germany.

Talking about the update, it arrives with firmware version F916BXXU1CTLL. Interestingly, Samsung has again hit the ball out of the park by bundling the latest January 2021 security patch along with the update.

Along with the design interface changes, the update also improves the app's compatibility with the foldable Galaxy Z Fold 2 smartphone.

As usual, Samsung is rolling out the Android 11 One UI 3.0 update for the Galaxy Z Fold 2 users in Germany via OTA. Meaning that it will take some time before arriving for all users.

If you are in the region where the update is live and have not yet received the One UI 3.0 stable update on your Galaxy Z Fold 2, then you can manually check for it.

To do that, head over to "Settings." Then navigate to "System updates." From there, tap the "Download and install" option. Your phone will then start checking for the new update.

You can proceed with downloading and installation of the update on your phone if a new update is detected. Note that it may be possible that the update won’t be available straight away. So, you need to wait for the rollout to expand for more users.

Moreover, we in absence of an official changelog, we assume that the features this new update brings for the Galaxy Z Fold 2 would be the same as that of the One UI 3.0 update for Galaxy S20 series phones. 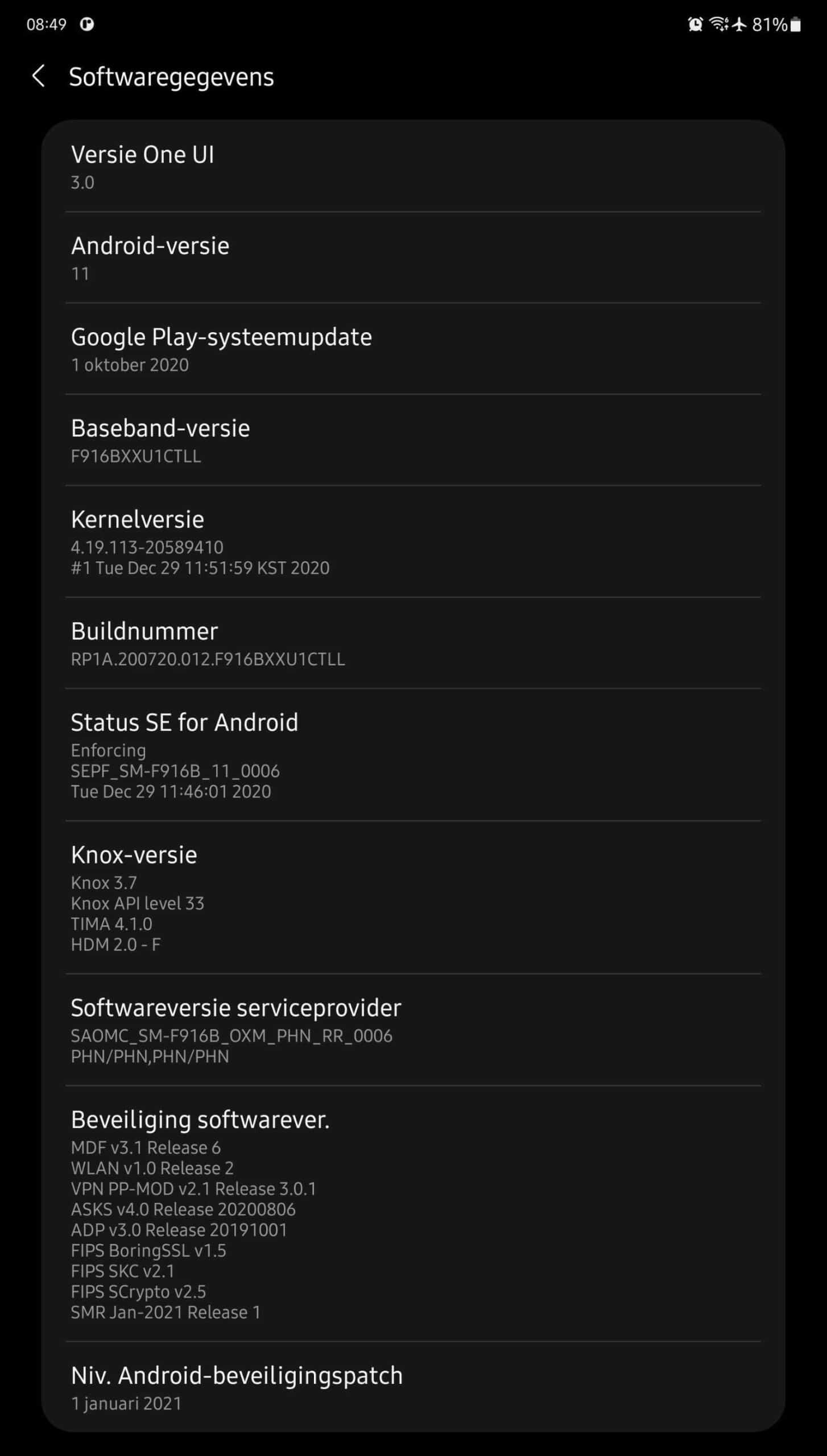