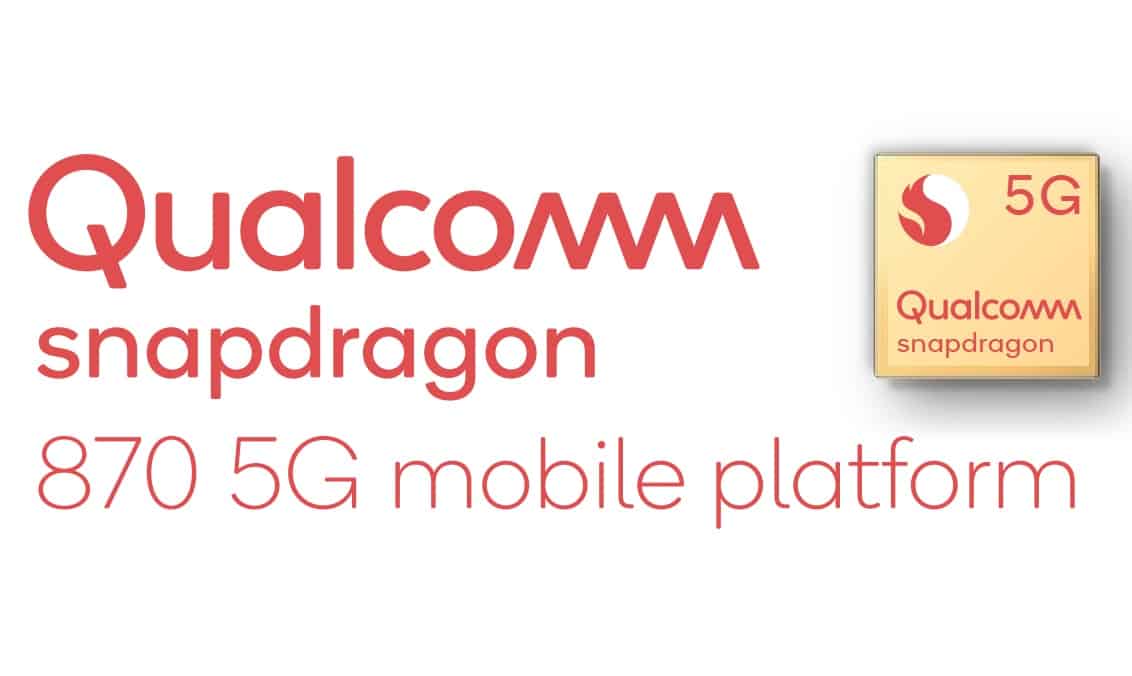 The new Snapdragon 870 is based on the same 7nm TSMC node as the Snapdragon 865+ and also still uses Kryo 585 cores. However, its prime core is clocked at no less than 3.2GHz. This is the highest clock speed in a mobile SoC to date, slightly faster than the 3.13 GHz prime core speed of the HiSilicon Kirin 9000.

The Kryo 585 cores are based on ARM’s Cortex-A77, which is found on the previous generation flagship SoCs from Samsung and Qualcomm. Samsung’s newly announced Exynos 2100, as well as Qualcomm’s Snapdragon 888, both use the newer Cortex-X1 and Cortex-A78 cores. However, they have their prime CPU cores clocked at 2.9GHz and 2.84GHz respectively. Of course, there’s more to the overall performance story though.

As mentioned earlier, the Snapdragon 870 5G (part number SM8250-AC) is based on a 7nm architecture and has its prime Cortex-A78-based Kryo 585 CPU core running at a maximum frequency of 3.2GHz. It packs three more Kryo 585 cores operating at 2.4GHZ. The three Cortex-A55-based Kryo 385 efficiency cores operated at 1.8GHz. The chipset supports 4 x 16-bit, LPDDR5 memory at 2750MHz.

The Hexagon 698 Artificial Intelligence (AI) engine, which includes the Hexagon Vector eXtensions and the new Hexagon Tensor Accelerator, still only delivers 15 TOPS (Tera Operations Per Second) of performance. The Snapdragon 870 also doesn’t come with an integrated 5G modem. Instead, it will be paired with an external Snapdragon X55 modem that supports both sub-6 and mmWave 5G networks. Qualcomm promises downlink speeds of up to 7.5Gbps and uplink speeds of up to 3 Gbps.

The new chipset can support 1440p display panels at up to 144Hz (or 4K at 60Hz). It can also handle an external 4K display at 60Hz. The FastConnect 6800 system supports Wi-Fi 6 (up to 1.774 Gbps) along with support for Bluetooth 5.2 technology with Qualcomm aptX Adaptive audio. There’s also support for USB 3.1, USB-C, NFC, and Beidou, Galileo, GLONASS, Dual-frequency GNSS, NavIC, GPS, GNSS, QZSS, and SBAS navigation systems.

Snapdragon 870 supports up to 200MP cameras and more

The Snapdragon 870 packs the Spectra 480 image signal processor that supports up to 200-megapixel cameras. It can capture 960 FPS (frames per second) slow-motion videos at 720p resolution, 8K video at 30 fps, and 4K at 120 fps. Additionally, the chipset can support simultaneous 4K video capture and 64-megapixel photo capture. Qualcomm claims Rec. 2020 color gamut video capture with up to 10-bit color depth.

The Qualcomm Snapdragon 870 G will power affordable flagship smartphones from the likes of Motorola, OnePlus, Xiaomi, and others in the coming months. Motorola, in fact, has already announced that its upcoming Moto Edge S will feature the new Snapdragon chipset. The handset launches on January 26, 2021, in China.