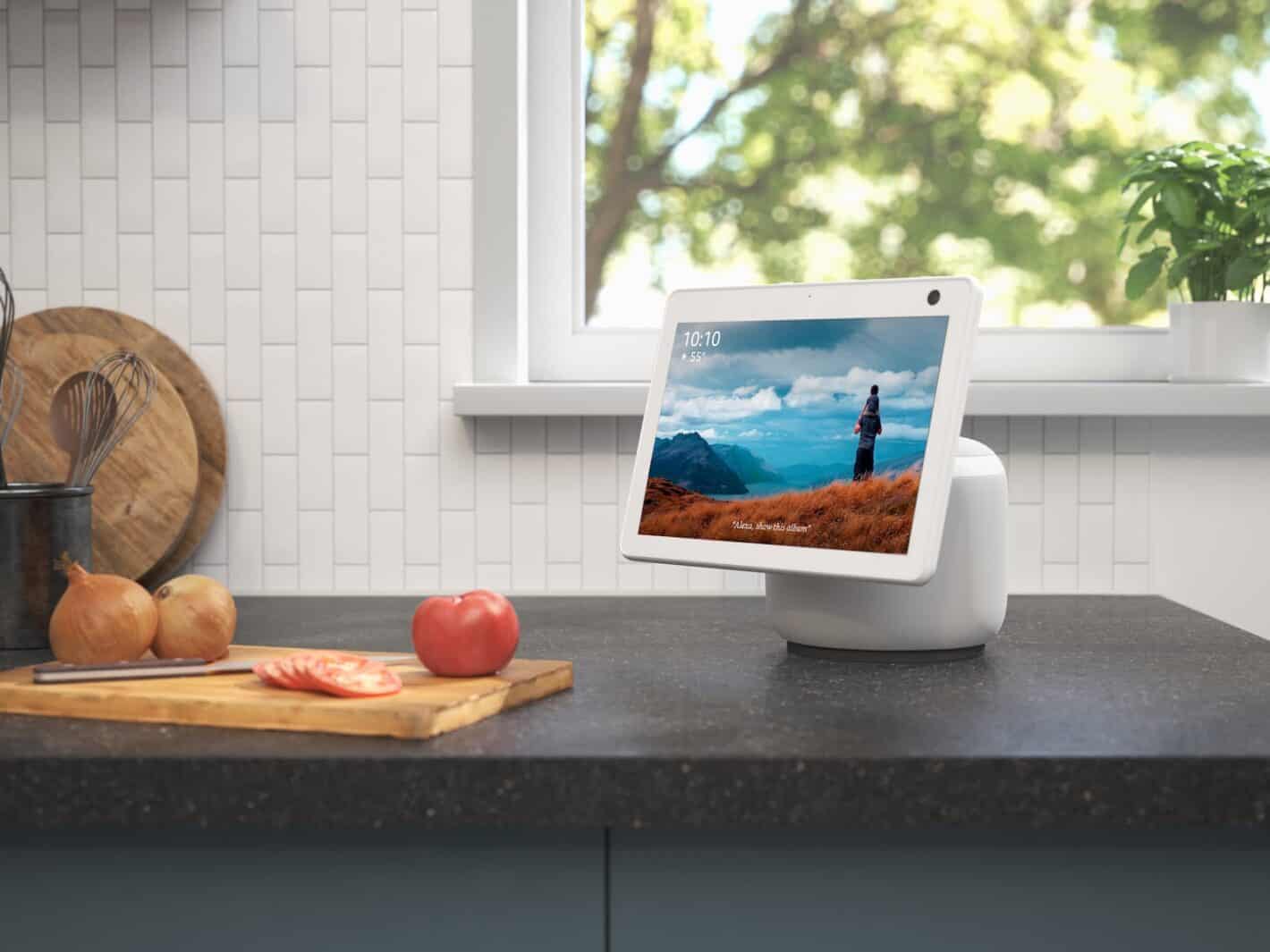 The new Echo Show 10 is finally available to pre-order, after Amazon announced it at its September 2020 event.

This is a redesigned Echo Show, which looks pretty futuristic. It has a 10.1-inch HD display, along with adaptive brightness and color. The reason for the redesign, is so that the Echo Show 10 can move with you. Like Facebook’s Portal, it can move with you while you’re on a video call. Or move around to see what’s happening in your home.

Amazon improved the audio on the Echo Show 10 with this redesign. So it has built-in dual, front-firing tweeters. This allows for a crisp sound, with clear vocals. There is a powerful woofer that offers up some really great bass, and directional sound.

The new camera can pan and zoom

The new 13-megapixel camera in the Echo Show 10 has a 110-degree field-of-view. Which is able to pan, zoom and auto-frame, to keep you in focus. This works for video calls as well as when taking photos. And since Zoom, and other video chat services now work on the Echo Show, this is a big deal.

As mentioned before, the new camera can also be used as a security camera in your home. Allowing you to easily see what’s happening when you’re not home.

This is also a really great smart home hub. As it has Zigbee built-in, so you can easily add products to your home, without needing another hub. Similar to the Echo Plus. So if you were to buy some new Philips Hue bulbs, you wouldn’t need the Hue Bridge to use them (without Bluetooth).

The Echo Show 10 is up for pre-order now and will be available on February 25. And it’ll cost $249. It comes in two colors: Charcoal and Glacier White. So that it can fit in your decor pretty easily.