However, the new ability to connect to Verizon’s 5G Ultra-Wideband comes at a price. In fact, the new plan will be the most expensive prepaid option at $75. But you can save some money on that. By setting up autopay every month you can save $5 a month. Effectively bringing the monthly price down to $70. 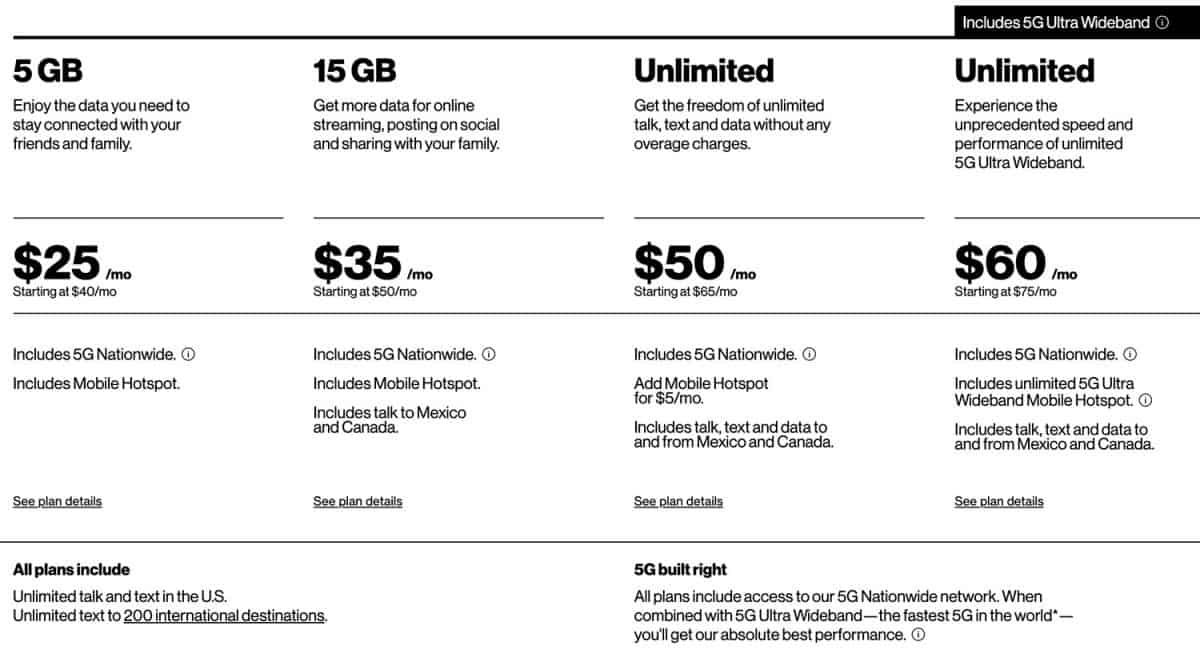 The new 5G Ultra-Wideband prepaid plan will have access to Verizon’s network that has speeds capable of up to Gbps speeds. However, you may not be able to take advantage of that speed. The new Ultra-Wideband network is still elusive and currently available in 64 cities, but new cities are being added consistently.

However, the new plan also has access to Verizon’s nationwide 5G like the older plans as well. So if you aren’t connected to the Ultra-Wideband network, you will still get faster speeds than 4G LTE.

With that being said, Nationwide 5G is available in 2700 cities Nationwide. This allows for 230 million people to have access to Verizon’s Nationwide 5G.

However, if you are in a city with 5G Ultra-Wideband access then you have a cheaper way to access it. In that case, if you are looking at switching carriers, but don’t need to purchase a device on an installment plan then this could be a solid choice.

As a refresher, the plan offers unlimited talk, text, and data (to and from Mexico and Canada included), 10GB of Nationwide 5G and 4G LTE hotspot, and access to both Verizon’s Ultra-Wideband and Nationwide 5G networks. The plan starts at $75 a month, but you can get $15 a month in savings bringing that price down to $60 a month.

If you are interested in this new pre-paid option from Verizon it’s easy to get started. You can easily sign-up for this new 5G Ultra-Wideband prepaid plan on Verizon’s website.