Motorola has announced a new smartphone, the edge s. This announcement was expected, and it took place in China. The Motorola edge s comes with the newly-announced Snapdragon 870 SoC from Qualcomm.

This handset is made out of metal and glass, and as you can see, it has two separate display camera holes in the top-left corner. This is not exactly the most popular design choice, but Motorola opted for it.

The phone does have thin bezels, though its bottom bezel is noticeably thicker than the rest. Its display is flat, while a fingerprint scanner is located on the right. There are three cameras placed on the back, we’ll talk about those in a second.

The Motorola edge s has a 90Hz display, and it offers LPDDR5 RAM

A 5,000mAh battery is also included, and it supports 20W turbo charging. A 64-megapixel main camera sits on the back of this phone, and it offers an f/1.7 aperture lens, along with PDAF.

A 16-megapixel ultra-wide camera is also included, and it offers 121-degree FoV, and also PDAF. That camera can be used to take 2.8cm macro shots as well. A 2-megapixel depth sensor sits on the back of the phone as well, and the same goes for a ToF sensor.

Two cameras are placed on the front side of the phone 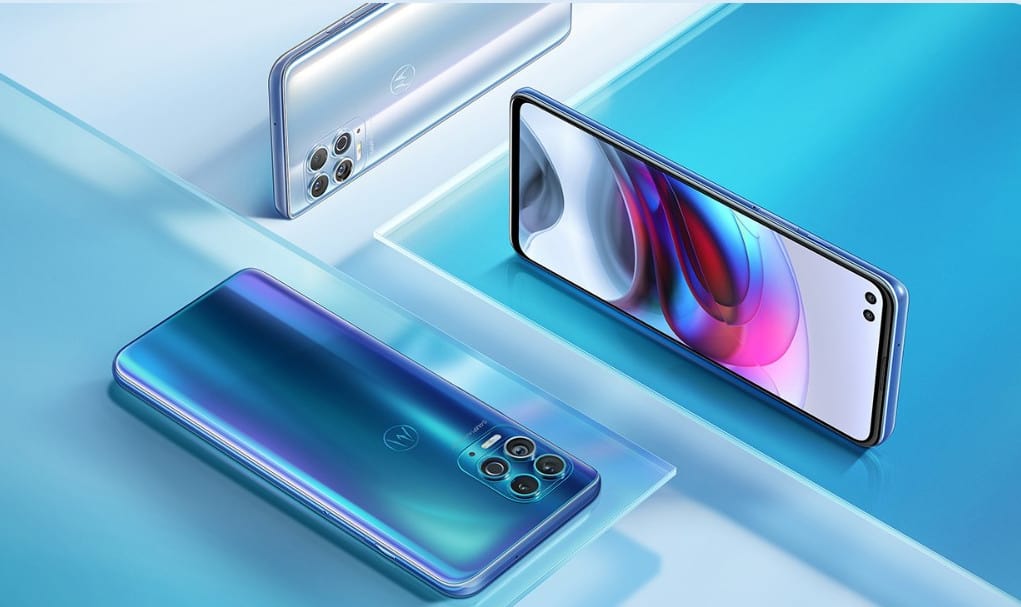