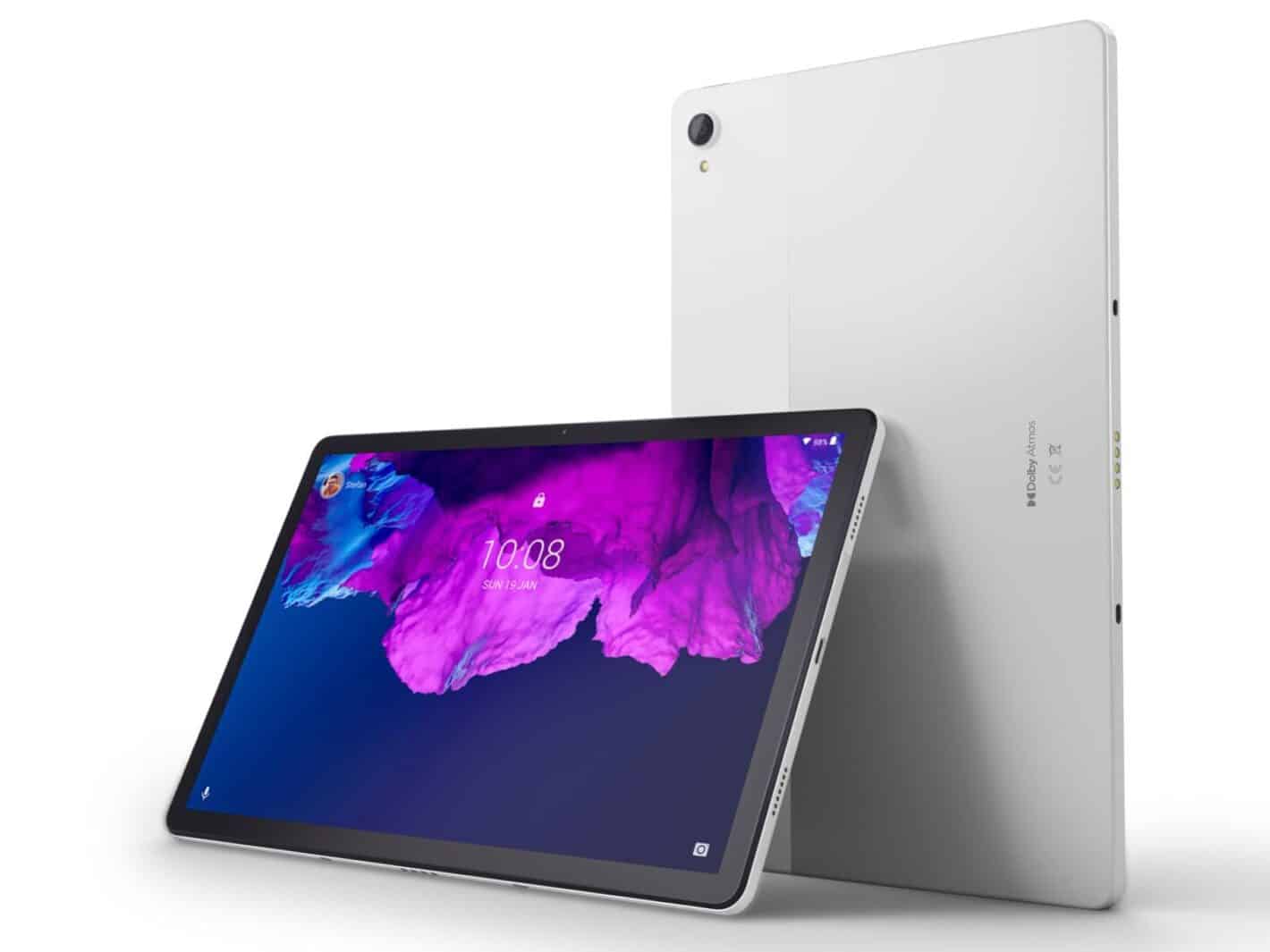 The Lenovo Tab P11 is an intriguing new Android tablet announced as part of this year’s all-digital CES 2021 event. But it’s hardly run-of-the-mill. In fact, this tablet has a lot going for it that should help it compete with last year’s top models.

For starters, the tablet ships at a budget price but without the budget-first hardware. Lenovo packed the Tab P11 with a Snapdragon 662 chipset — which happens to be coupled with the Adreno 610 GPU graphics chip from the popular Snapdragon 665 SoC. And that’s been paired with 6GB RAM too. So this tablet is going to have the chops to compete in the mid-range despite its pricing.

Beyond that, Lenovo has opted to utilize a 2K, IPS LCD panel with a brightness of 400 nits. That 11-inch display is coupled with an integrated Eye Car mode certified by TÜV Rheinland. The company went a step further still to ensure that screen supports active pen styli. In addition to packing all of the hardware into an aluminum alloy chassis with a slim, modern profile.

The chipset used here is also LTE-ready and integrated with Qualcomm FastConnect subsystems. So connections on WiFi or mobile are going to be a bit faster and a bit more stable than the average tablet.

Now, the Lenovo Tab P11 isn’t only a performer. Although it does boast a claimed 15-hours of use on a single charge and a spot among the few tablets that can stream Netflix officially in HD. And it’s more than just the sum of its software too, although preloaded Microsoft Office apps will make this tablet productivity-ready. If that’s what it’s needed for.

This particular tablet also comes loaded with the privacy and kid-ready features to make it a family tablet. And optional accessories are available to suit just about any need.

For starters, Lenovo says the Tab P11 ships with Kids Space from Google. That’s essentially a kid-friendly mode that showcases apps, books, and videos for kids under nine years old. Learning and fun are, in equal parts, part of the integrated experience.

Moreover, Lenovo includes hands-free log-in and video calling via its 8-megapixel forward-facing camera. There’s also a Smart Privacy feature for that camera when it’s used in video chats. Coupling that with great mics and a quad-speaker array powered by Dolby Atmos could only make that particular experience better. And that’s exactly what Lenovo has done here. Of course, there’s also a world-facing camera at the back, coupled with a built-in LED flash.

When will this tablet become available to purchase?

All told, a high price might seem reasonable here. But Lenovo has set the price at an affordable $229.99. That means, with either Slate Grey or Platinum Grey versions available, the tablet will arguably go on sale this month as one of the most high-value tablets available anywhere. And there are accessories for those who need a bit more too.

To begin with, Lenovo is selling a Keyboard Pack that features a built-in trackpad and keyboard. The accessory snaps on via magnets and work as a stand cover, complete with a kickstand. For those who want a case without the keyboard, there will also be a Folio-style fabric case.

Conversely, for those users who want to watch movies or video hands-free — without concern about the battery life — the Lenovo Smart Charging Station 2 is supported by the Lenovo Tab P11. That both holds and charges the tablet.

Last but not least, Lenovo’s new tablet will support the Lenovo Precision Pen 2. The pen-sized stylus supports tilt sensing and pressure sensitivity. It also charges via standard USB-C and lasts as long as 200 hours on a single charge. 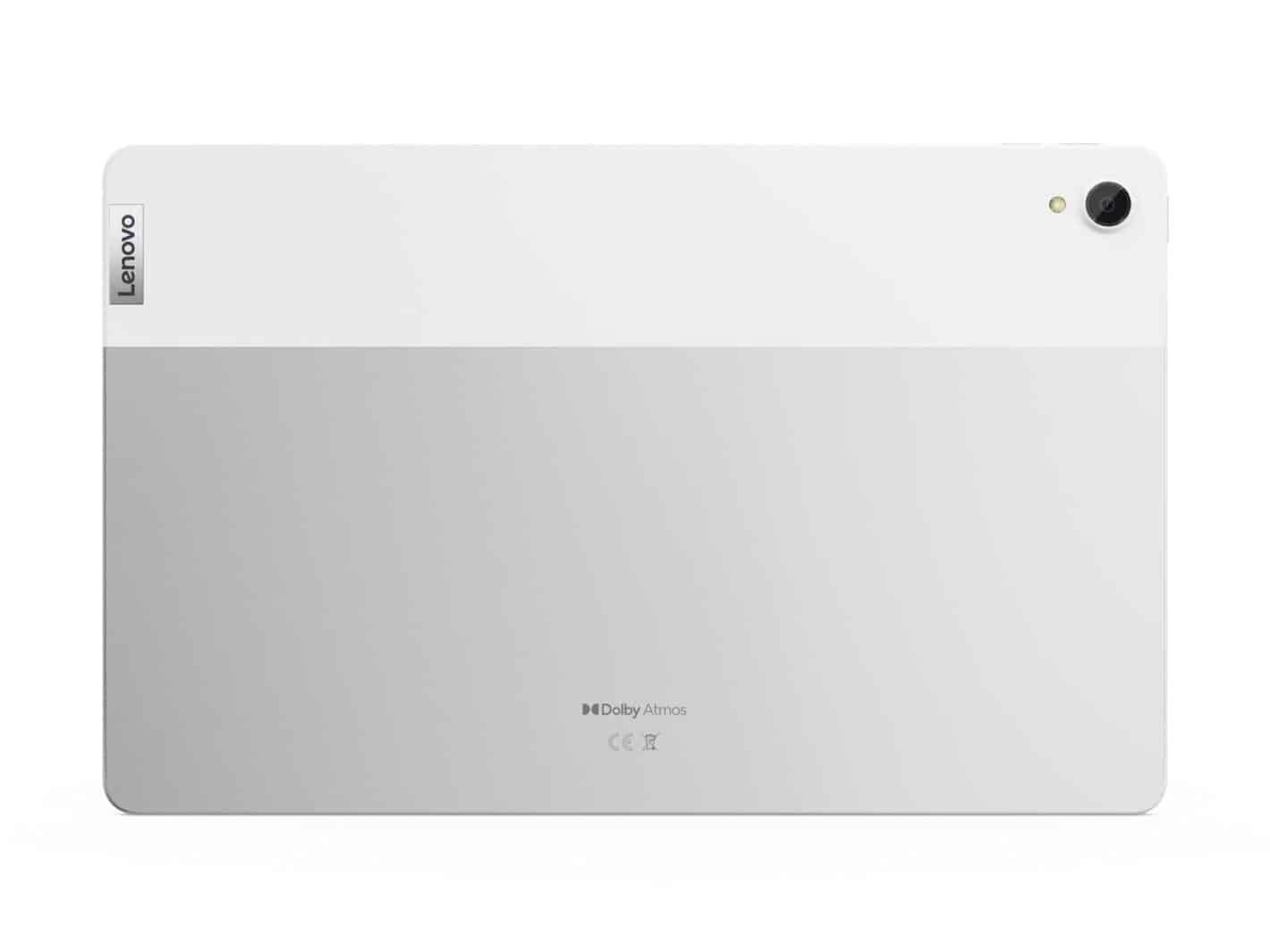 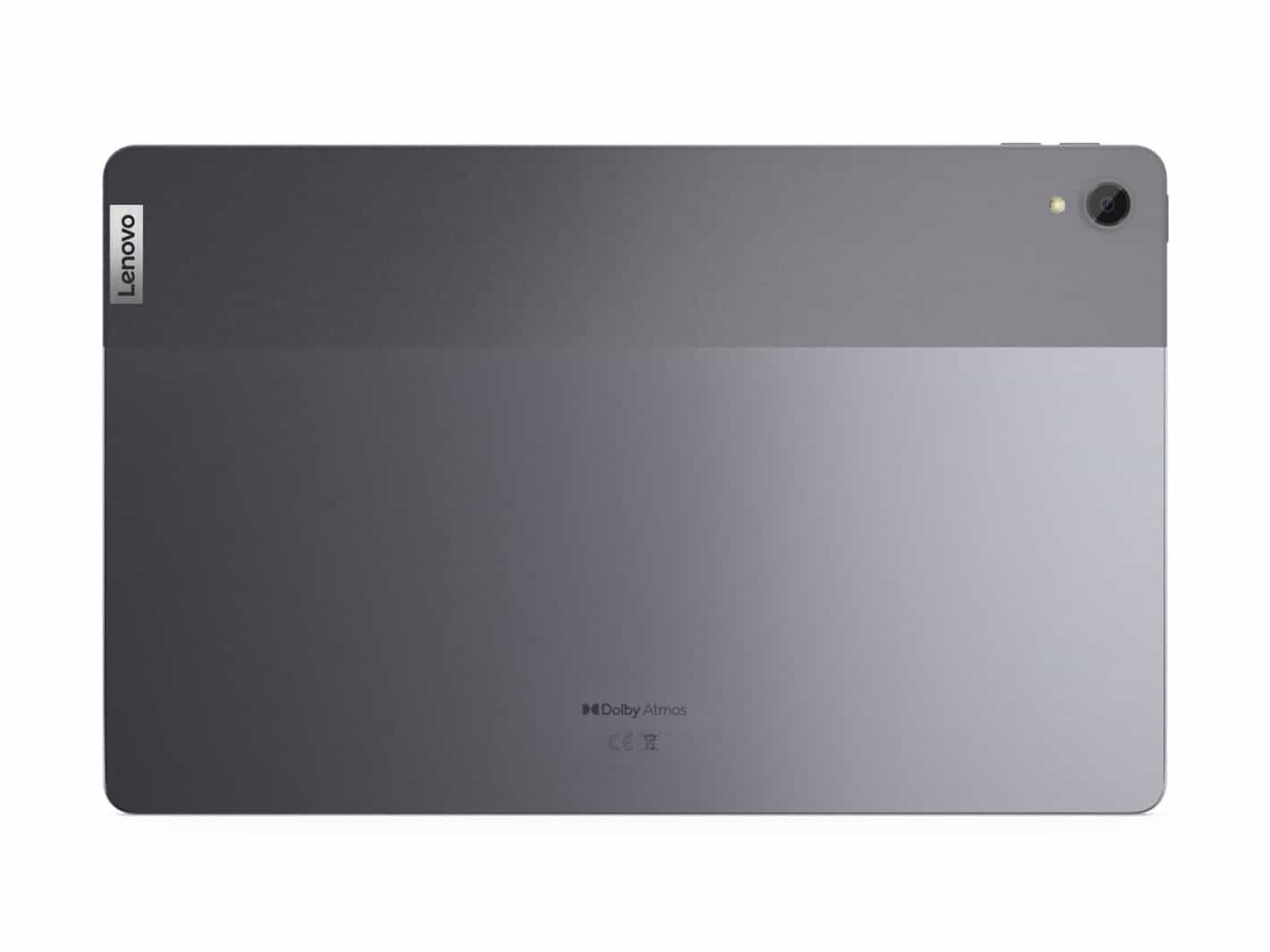 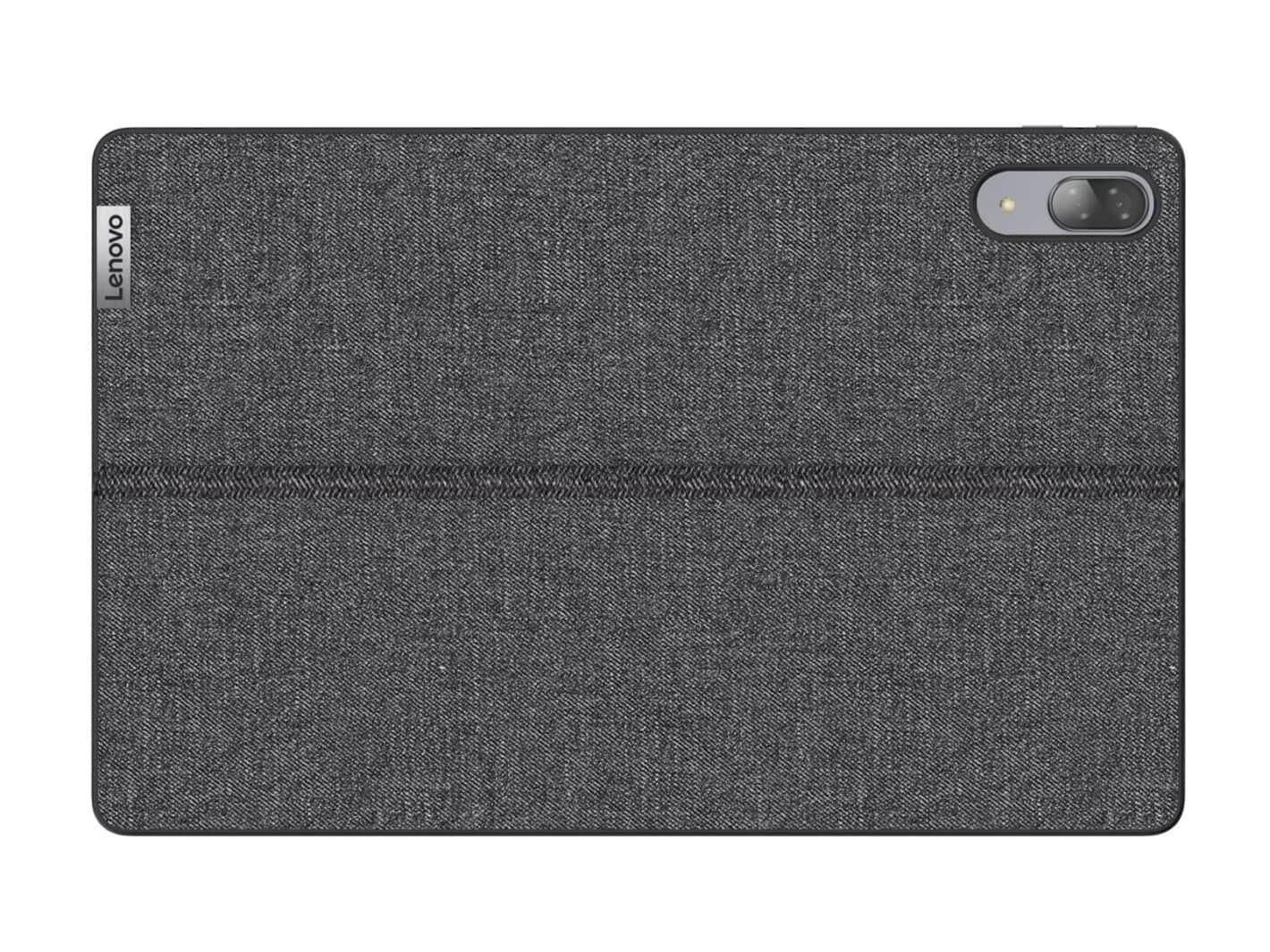 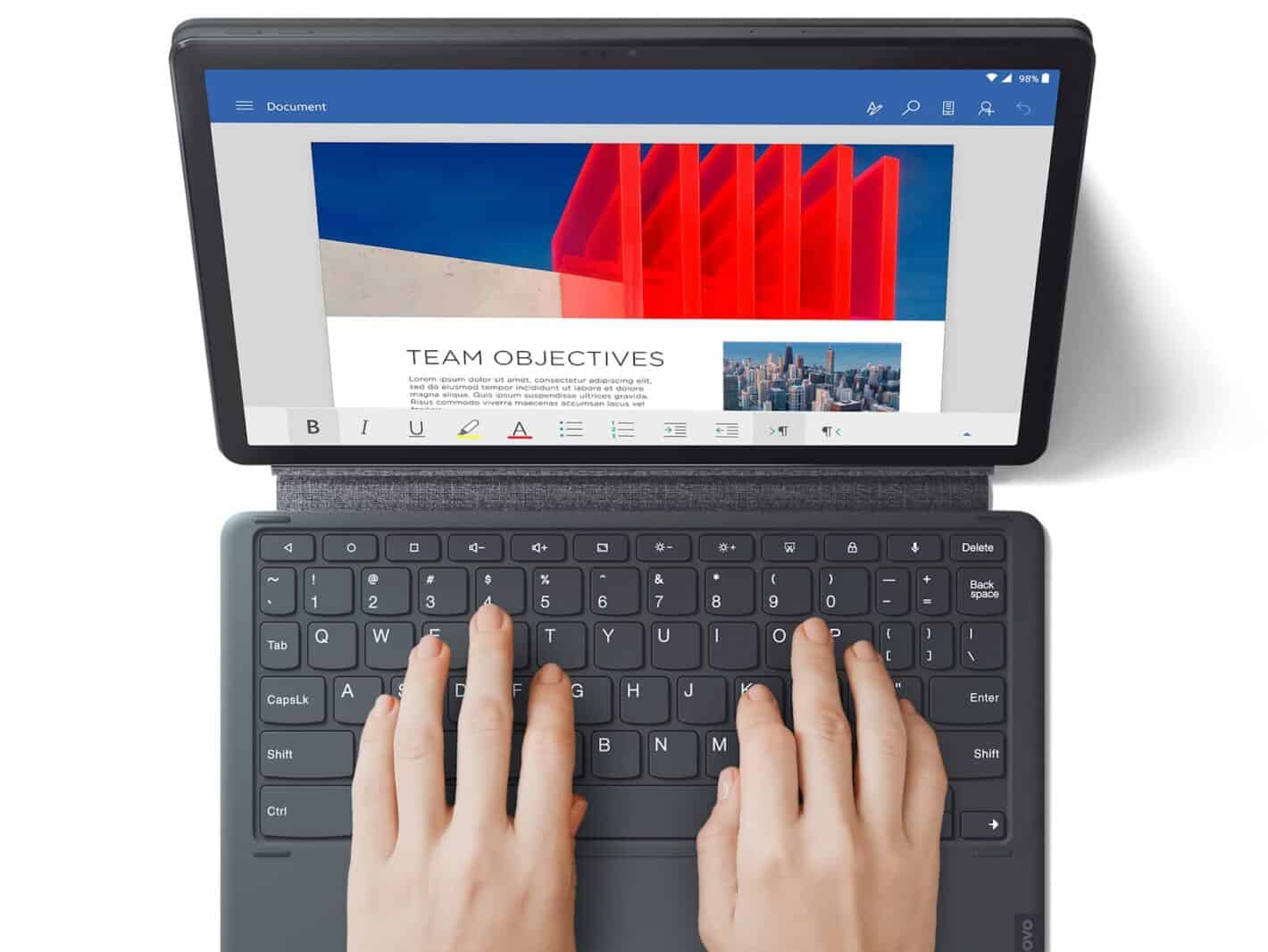 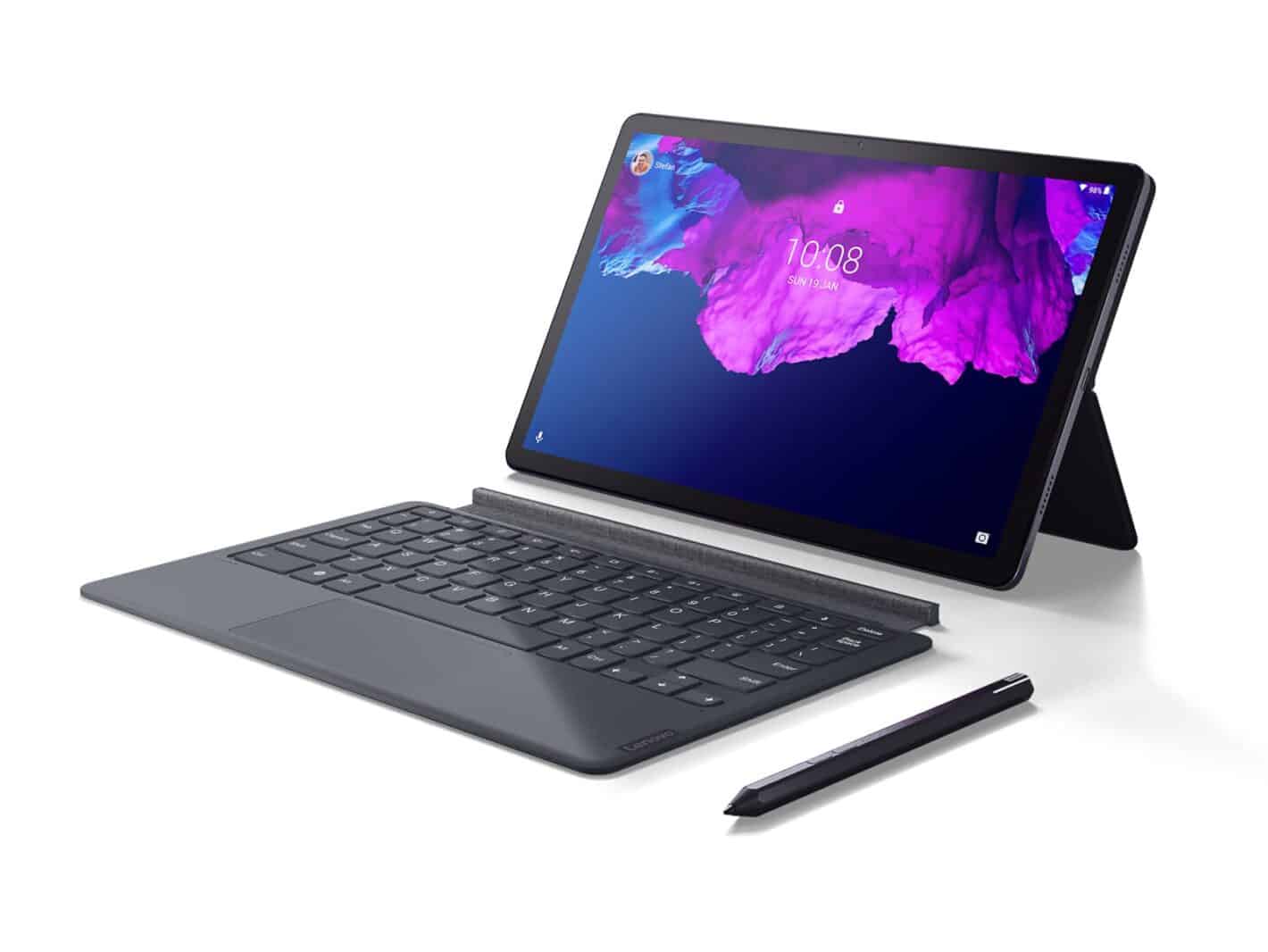 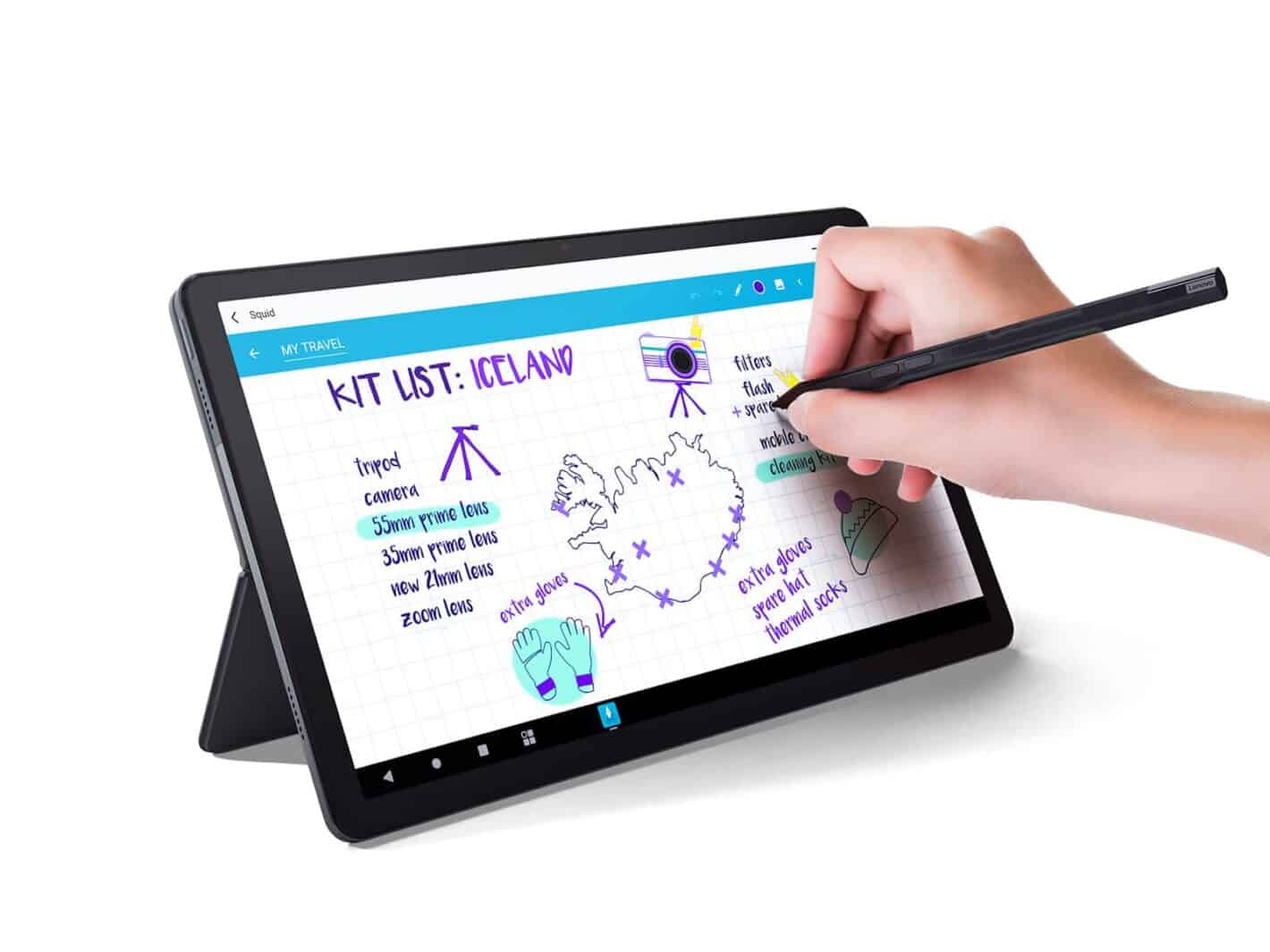 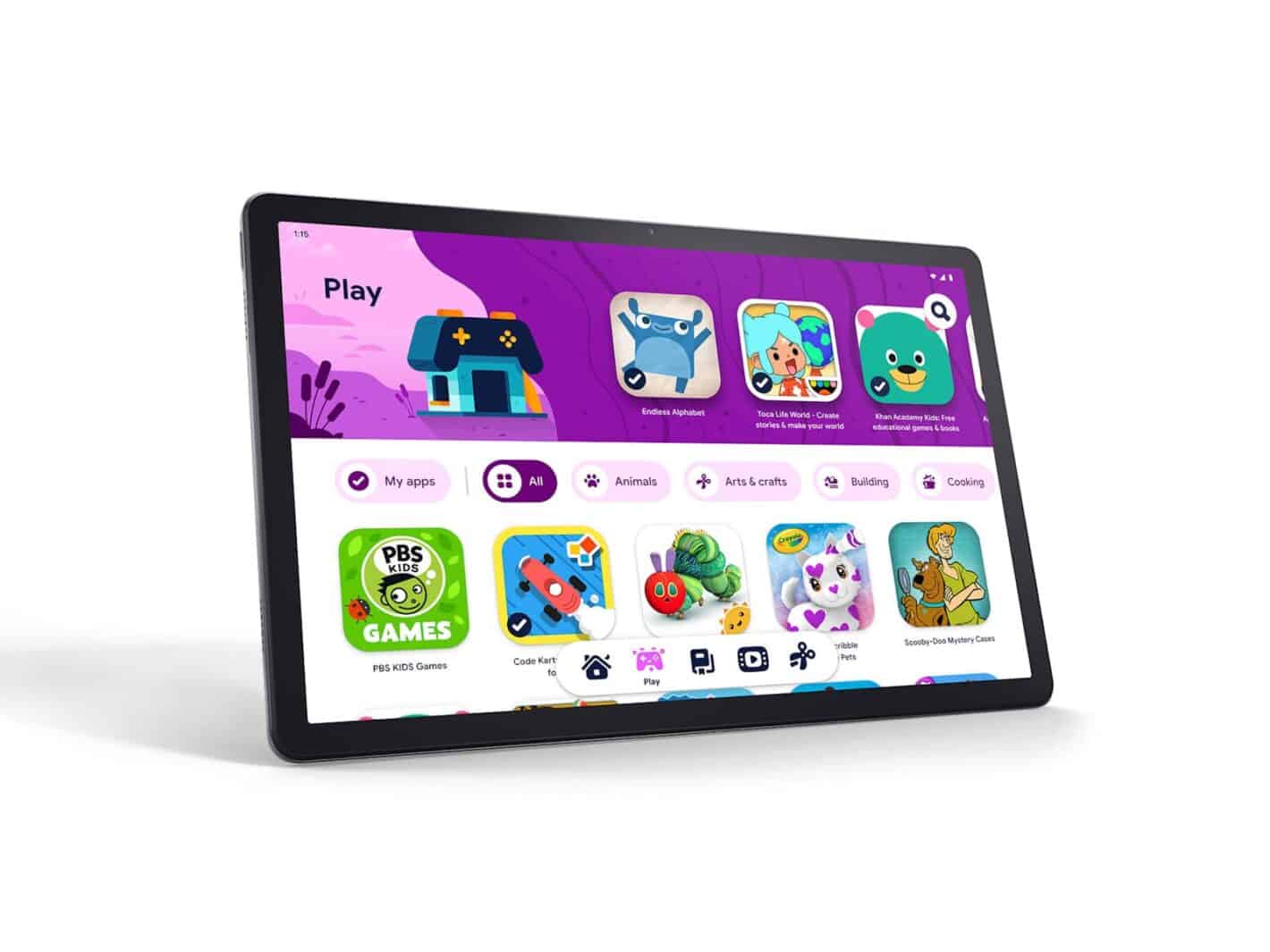 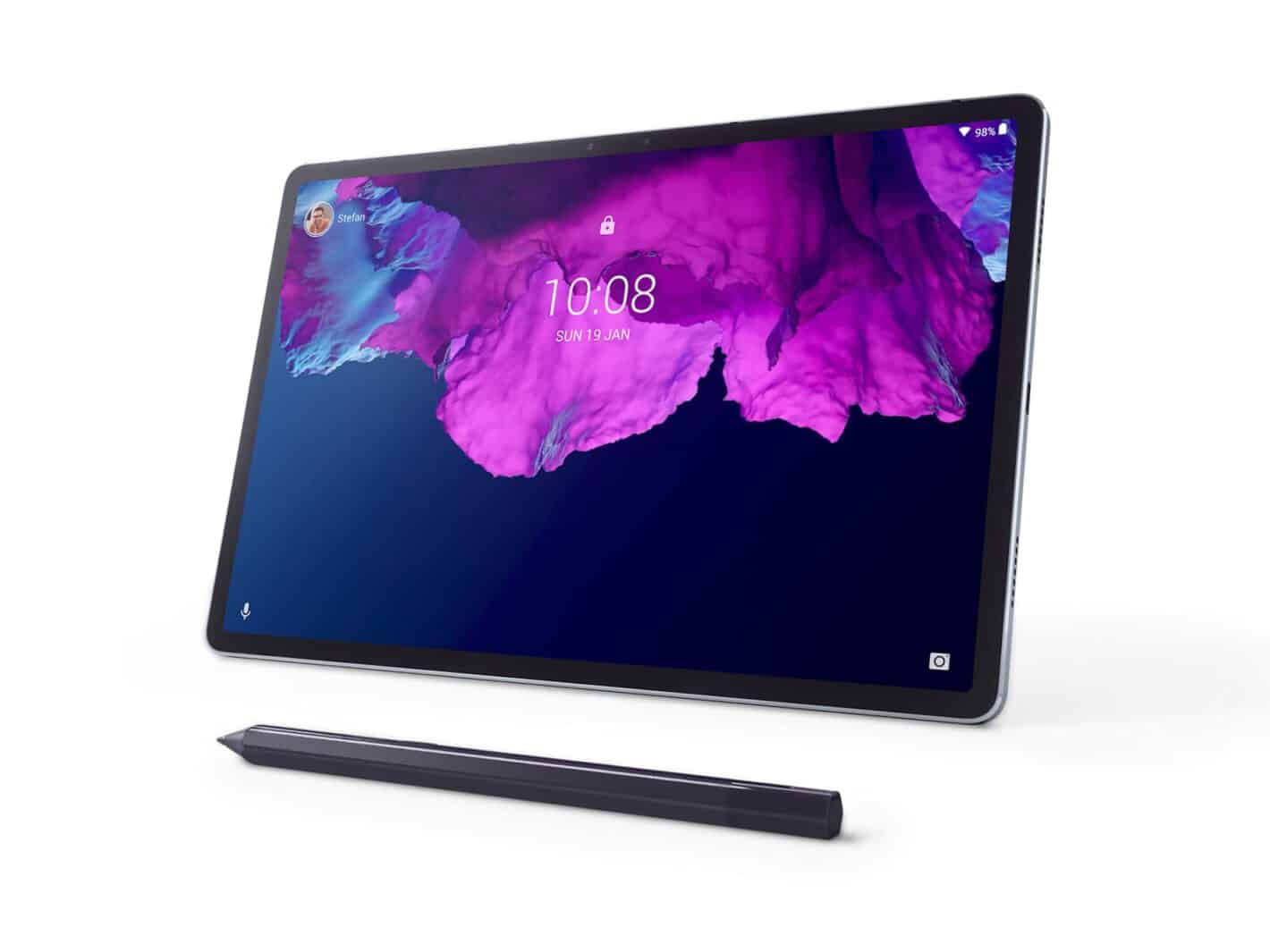 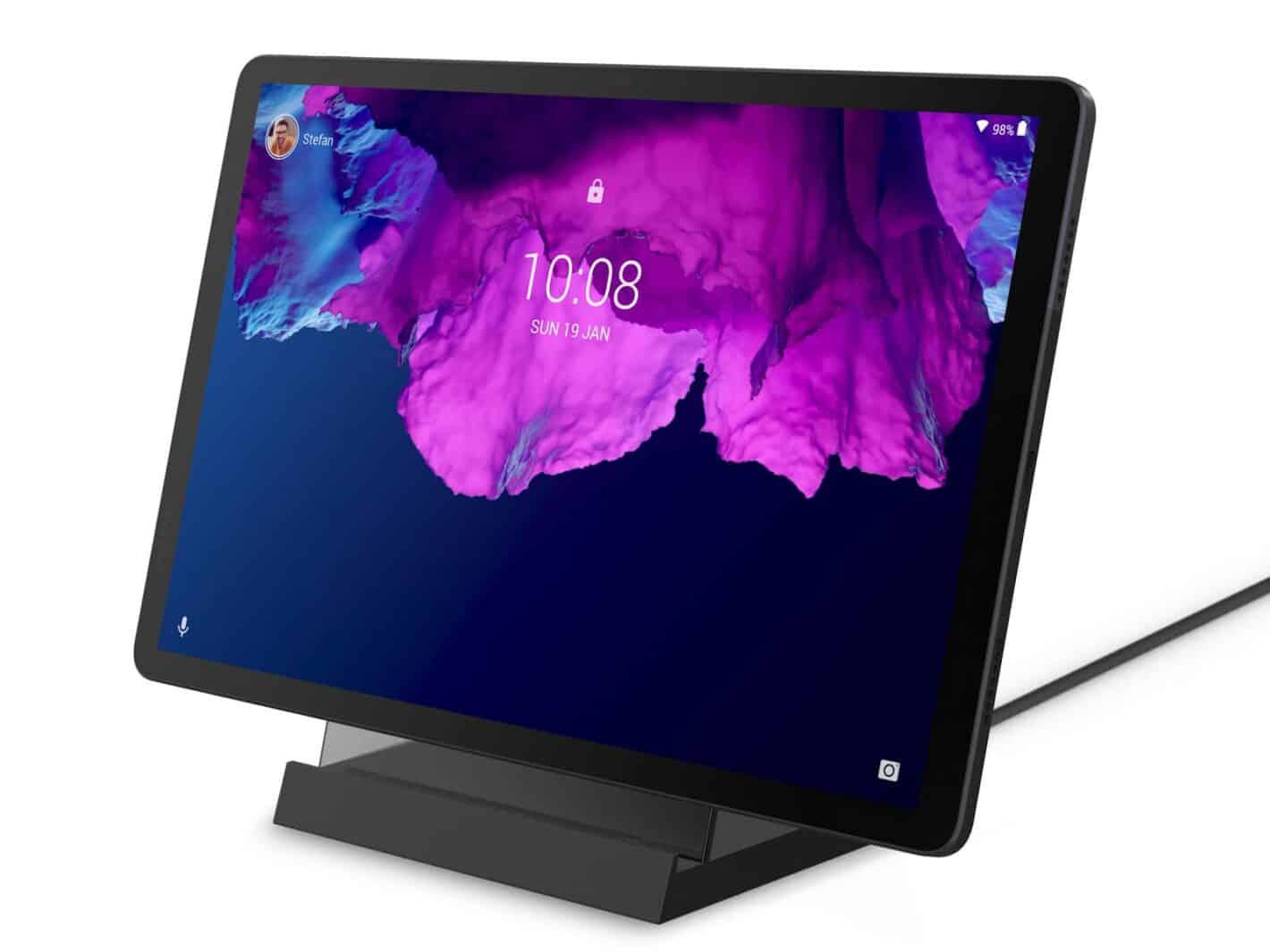 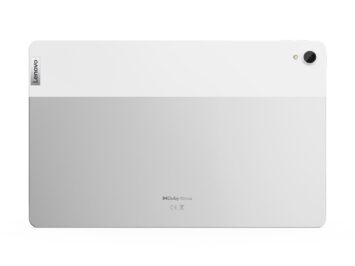 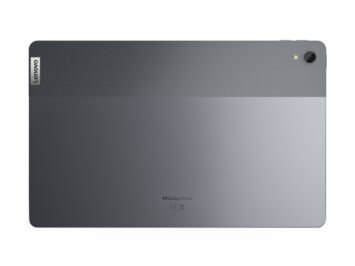 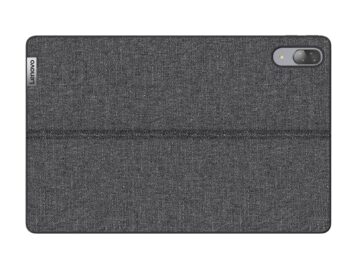 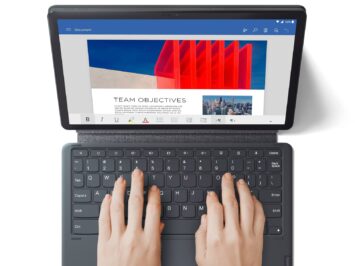 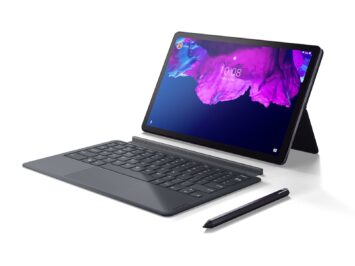 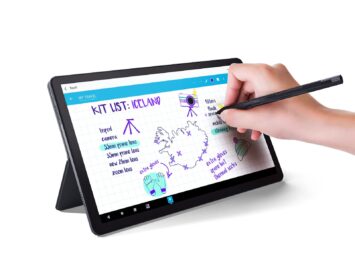 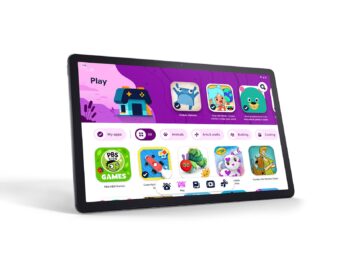 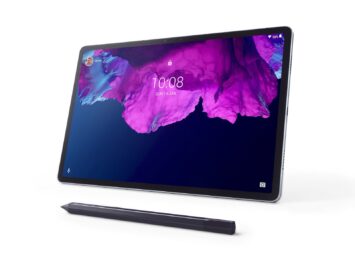 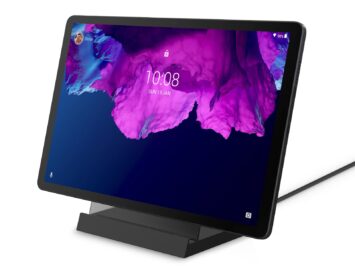