Samsung's Galaxy Xcover series of rugged smartphones may soon get a new member. An unannounced Samsung smartphone with model number SM-G525F has just popped up on benchmarking platform Geekbench's website. The listing doesn't reveal the device's name but the model number is believed to be that of the next Xcover phone. It should arrive later this year as the Galaxy Xcover 5, the successor to the Galaxy Xcover 4s launched in mid-2019.

Samsung also launched the Galaxy XCover Pro in January last year. It was a premium rugged smartphone featuring the latest mid-range specs of that time. The SM-G525F, meanwhile, appears to be a budget offering. The device is running Android 11 and is powered by the Exynos 850 chipset paired with 4GB of RAM. It scored 182 points in the single-core Geekbench tests and 1125 points in the multi-core tests.

To recall, Samsung announced the Exynos 850 in June last year. It is an 8nm octa-core chipset featuring eight Cortex-A55 CPU cores all running at 2.0GHz. The chipset uses ARM's Mali-G52 GPU and supports up to 21.7-megapixel cameras at the front and the rear or up to 16-megapixel + 5-megapixel dual-camera setups. Other notable features include support for LPDDR4X RAM, eMMC 5.1 storage, dual-band Wi-Fi, Bluetooth 5.0, GPS, and FM Radio. The Exynos 850 lacks 5G support.

The Galaxy Xcover lineup has mainly consisted of budget-friendly rugged devices that sport military-grade durability and water and dust protection. So in all probability, the SM-G525F will arrive as the sequel to the affordable Galaxy Xcover 4/4s and not the more-expensive Galaxy Xcver Pro.

Samsung also has a rugged 5G smartphone in the pipeline

While details about the Galaxy Xcover 5 are scarce at the moment, a report in November last year suggested that the Korean company is also working on its first 5G-enabled rugged smartphone. The device has entered development with the model number SM-G501B, running Android 11.

Since the Exynos 850 doesn't offer 5G connectivity, these two appear to be two different smartphones. Samsung seemingly wants to offer consumers multiple options in the rugged smartphone market as well. The SM-G501B may arrive as the sequel to the Galaxy Xcover Pro from last year.

Either way, both the devices are likely still in the early stages of development. More details about Samsung's next rugged smartphone should start surfacing on the internet in the coming weeks and months as the company progresses with the development of the device. We will keep you updated as and when new pieces of information emerge. 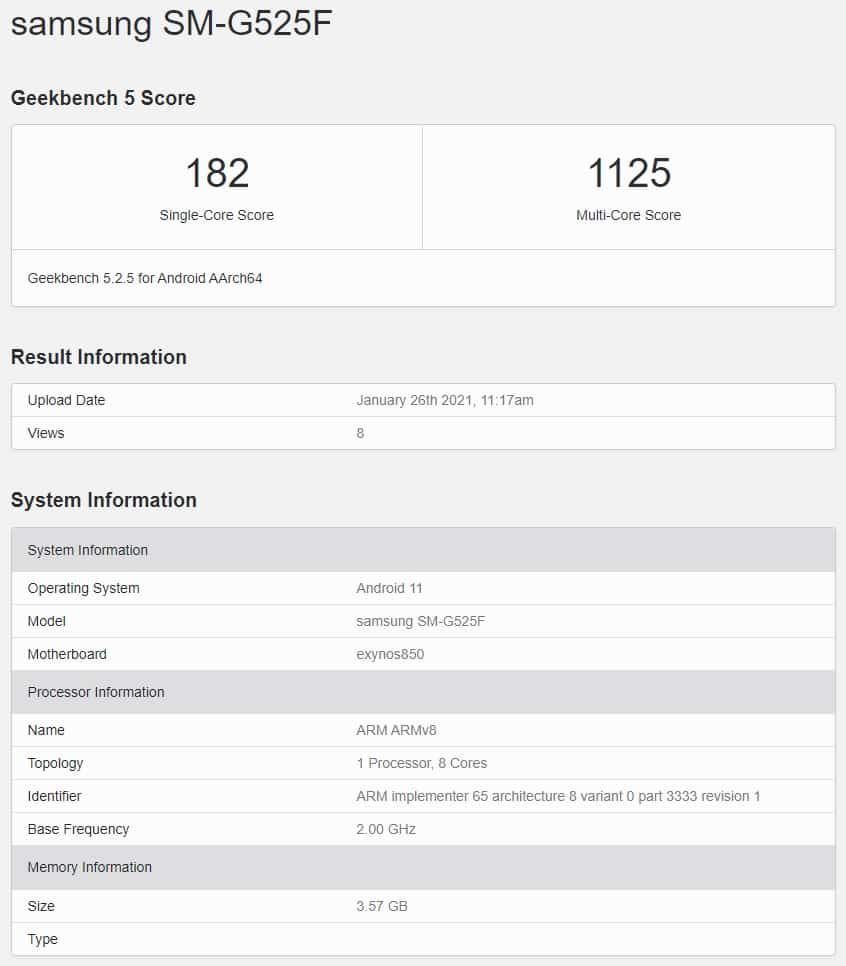