Facebook has launched a new redesigned pages experience for its various platforms. The company has announced the changed with the hope that it will allow creators and businesses more easily build commutes.

In terms of new features and updates, it has been an uncharacteristically quiet month or so for Facebook. Naturally, the company has found itself in the new for a myriad of other reasons relating to misinformation and data use, but in terms of innovations to its platforms, they have stayed quiet.

Most recently, the company began rolling out its dark mode, but this was way back in November. This upset many users as it only became available to a limited amount of users as part of a test.

Prior to this, it was back in October that we saw Facebook launch a cloud gaming service. For many Facebook launching a gaming streaming service was surprising. However, after many other companies also began occupying the same space such as Amazon and Google, Facebook's decision became less concerning.

This new pages experience appears to be a general redesign which focuses on allowing businesses and creators better tools to grow their communities. 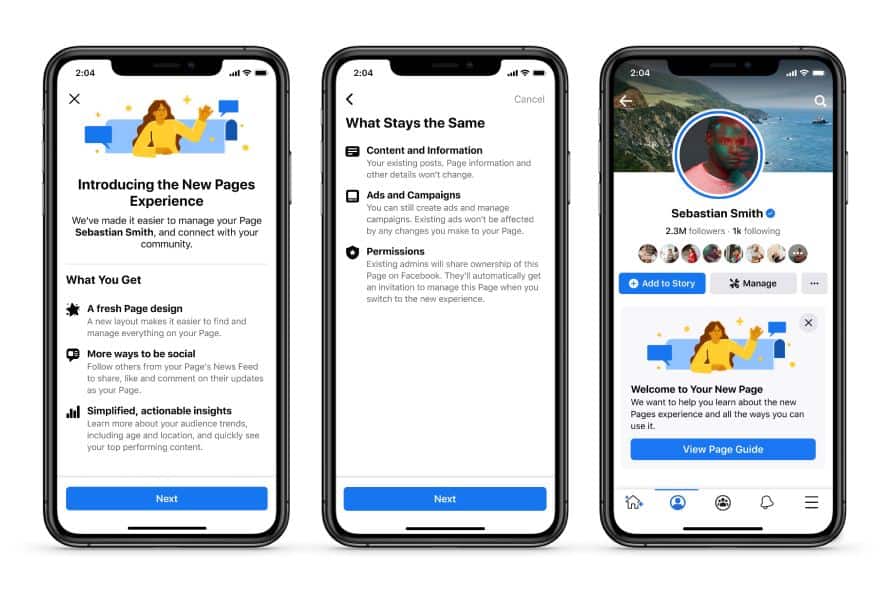 The first thing to note with this update is its new look. The new Facebook pages experience makes it easier to navigate between your personal and public pages according to the company. The company claims it now offers a "look and feel to be cleaner and more streamlined than before".

One of the more material changes that Facebook has made is the new dedicated pages news feed. This allows page admins to "discover and join conversations, follow trends, interact with peers and engage with fans".  Comments for public pages will also get bumped to the top of comments section in order to make them even more visible.

Facebook also has looked to simplify the format to track a page's audience. They have ditched the like system in favor of followers to give pages one metric to best understand the size and shape of their audience.

It appears that the new redesign also comes with a few more page management tools. These include the ability to set permissions for admins regarding what actions they can take on the page. You can now grant specific access to tasks such as Insights, Ads, Content, and Community Activity & Messages.

Overall, this seems to be a neat redesign that gives pages a bit more agency and extra options when using the platform. Facebook will hope this makes companies more engaged on the platform but only time will tell.