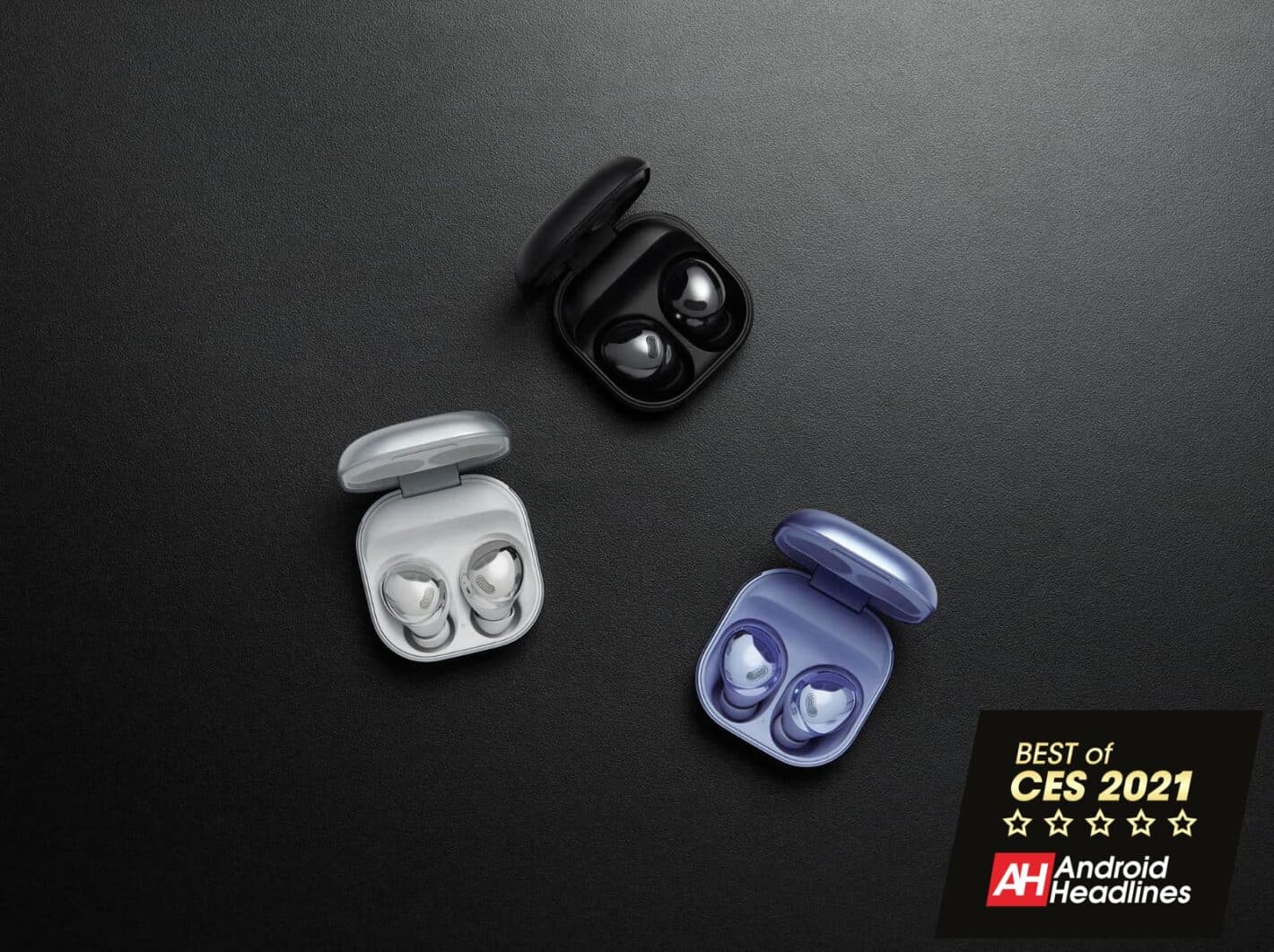 Samsung Galaxy Buds Pro took audio quality and in-brand features to new heights for CES. So Galaxy Buds Pro should be the go-to earbud whether you’re a Galaxy fan or not.

Samsung Galaxy Buds Pro is the clear winner of this year’s Android Headlines Best of CES 2021 award for earbuds. And, given the internal hardware, features, and pricing for the buds, that should come as no surprise to anybody.

Of course, the best features with Samsung Galaxy Buds Pro are reserved for those who own other Samsung devices. Whether a Samsung Galaxy smartphone or tablet. But these earbuds stand on their own even without those, starting with their new and improved drivers.

On the hardware front, Samsung started with a setup involving three microphones on each bud. Including one deliberately included with a high signal-to-noise ratio for a cleaner, more dynamic, and natural audio in voice calls and entertainment. Those, in turn, help assist a separate Voice Pickup Unit for better ANC and Ambient Sound modes.

For audio drivers, Samsung utilizes both an 11mm woofer for low frequencies and a 6.5mm tweeter for treble. The result, of course, is an audio experience that should be worlds apart from others in the same price bracket.

All of that hardware is further assisted by a new Wind Shield technology — with a new shape and specially designed chamber and mesh filters. Those work to drown out wind interference and help ANC reduce ambient noise by up to 99-percent across two different levels. Ambient mode, conversely, offers improved environmental hearing, bolstering external audio by 20dB across four different, user-selectable levels.

If you own a Samsung Phone, Galaxy Buds Pro is going to be the obvious choice

If you happen to own a Samsung phone and thus have access to the Galaxy Wearables app, these headphones are going to be an even better option. That’s because that app is required for some of the more intriguing features.

For instance, Samsung Galaxy Buds Pro can be found again if they become lost, using the SmartThings Find app. And ANC and Ambient Sound modes are also automated at the flip of a toggle with the Galaxy Wearables app. Summarily, when you start to speak, the earbuds will automatically switch so the conversation can easily be heard.

Of course, that’s setting aside other benefits like automatic switching of paired devices on incoming calls and easier switching between paired devices. Or features such as 360 Audio with Dolby Head Tracking. The latter of which keeps users centered in a scene automatically. Galaxy S21 users can synchronize mics on both the new Galaxy Buds Pro and Galaxy S21 flagship. In effect, allowing clearer voice capture and a better representation of any surrounding audio.

Samsung didn’t shirk on battery life or increase cost too much either, so Galaxy Buds are a clear winner

Of course, great audio means precisely nothing without great battery life and Samsung Galaxy Buds Pro meets that criteria too. As announced at CES 2021, Galaxy Buds Pro boasts up to 8-hours on a single charge. That’s with an extra 20-hours via the wireless charging case. And even turning on the above-mentioned features doesn’t eat into battery life too much. They’ll still last up to 18-hours total — 5-hours per charge — including the case.

Better still, they charge for up to an hour of playback from a five-minute charge.

Now, it would be easy to assume that features and specs like those found in the Samsung Galaxy Buds Pro would result in a hefty price increase. But these buds aren’t overly expensive either. Samsung is selling the buds in Phantom Black, Phantom Silver, and Phantom Violet for just $30 more than their closest predecessor at launch — the Galaxy Buds Live. That puts the price point right at $199.99 and makes them a great value, all things considered.