ASUS tends to release multiple products in the same space that serve the same purpose, like with its gaming monitors that carry support for the PS5, Xbox Series X, or high-end gaming PCs.

Today the company has revealed that it will be offering additional gaming monitors that come with support for the PS5. Following on from yesterday’s announcement of its new 32-inch Swift option.

Especially if you have the new consoles as they’ll be the only way to enjoy 120fps game content.

Go big or go home as they say. While ASUS’ ROG monitor that was announced yesterday is an excellent option for PS5 and Xbox Series X users, it’s not the biggest monitor out there.

Console gaming feels more at home on the big screen. Which is why many choose to go with a TV. But if you prefer a monitor so you can more easily use it with a gaming PC as well, this 43-inch monster from ASUS fits the bill.

Officially it’s called the ROG Strix XG43UQ. In addition to the HDMI 2.1 ports, it’s a 4K display with a 144Hz refresh rate. Which makes it perfect for both new consoles.

It also comes with FreeSync, Display Stream Compression, VRR, and HDMI 2.0 ports so you can connect even more devices.

ASUS has other smaller options available too

If you don’t like the big displays, or if you just don’t have the room for one, there are other options available.

Like the TUF Gaming VG28UQL1A monitor. This also supports HDMI 2.1, and it has a 144Hz refresh rate as well as a 4K IPS panel. So it’s still a great option for next-gen consoles. And because it’s a 28-inch screen, it’s more forgiving on space if that’s something your desk is limited on.

Likely to be one of the least expensive monitors ASUS has announced from its ROG line though is the 27-inch ROG Swift PG279QM. The reason being that it doesn’t support HDMI 2.1 and instead sticks to HDMI 2.0.

Now there’s no guarantee that it’ll be cheaper than the other monitors. As ASUS hasn’t announced pricing on any of these new monitors yet. It does however confirm that they’ll be available in the second quarter of 2021. 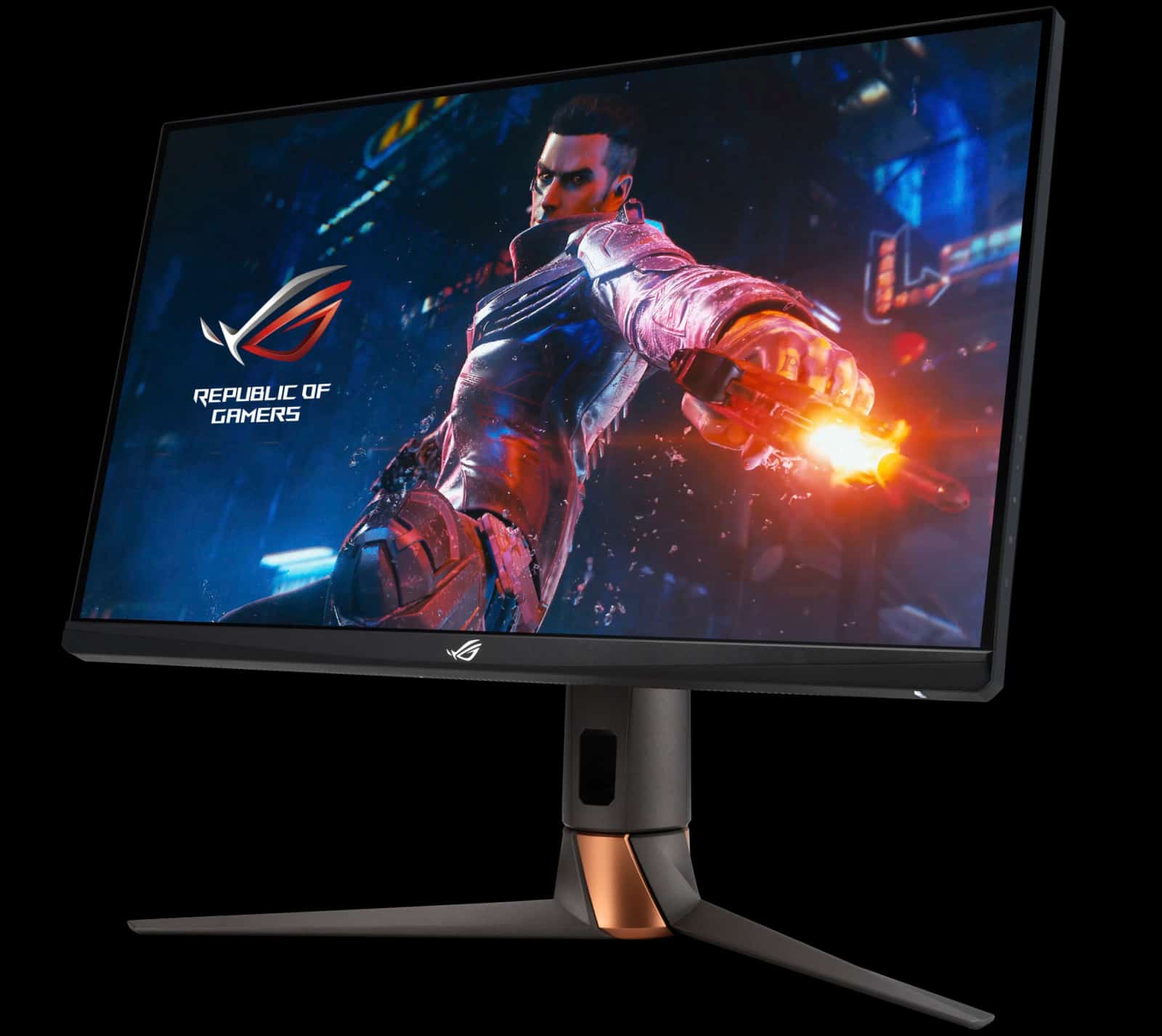