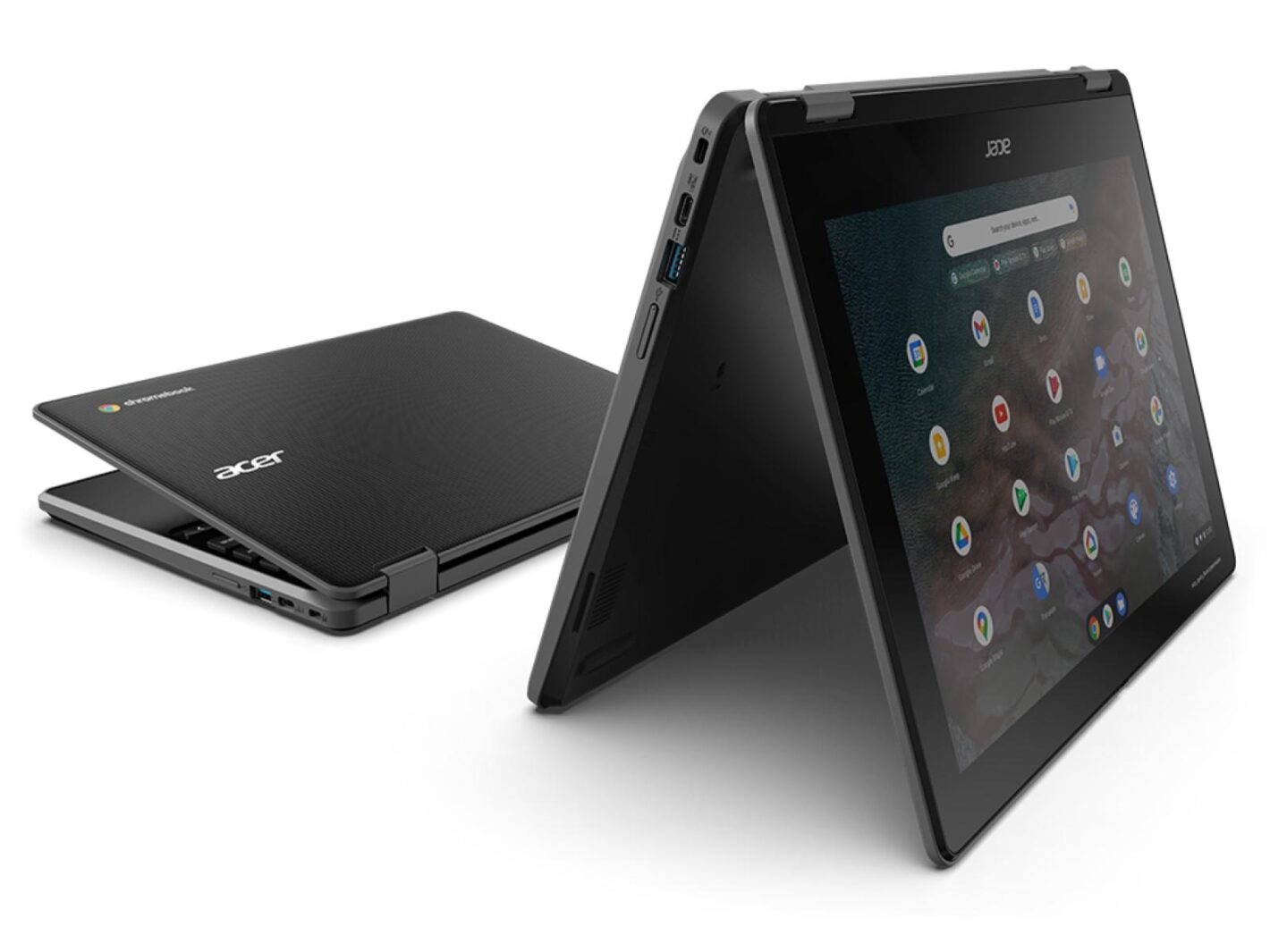 Although similar, each of the new Acer Chromebooks for education is uniquely well-suited for the education environment. And each fits neatly into a variety of use cases depending on the needs of the student or educator. That’s in addition to zero-touch automatic enrollment via Chrome OS for education and enterprise.

Acer Chromebooks 511 and 311 are 11-inch laptops for education 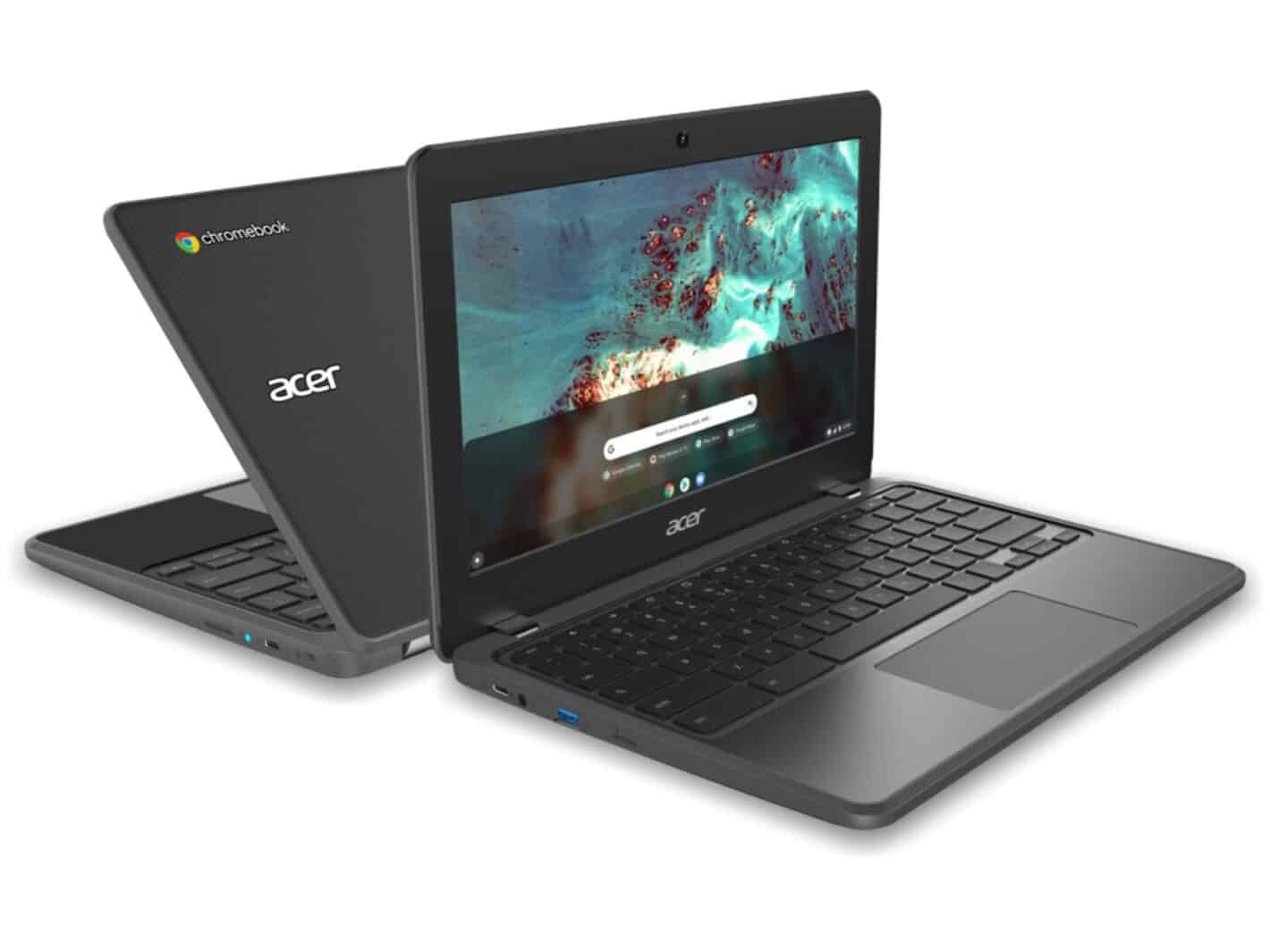 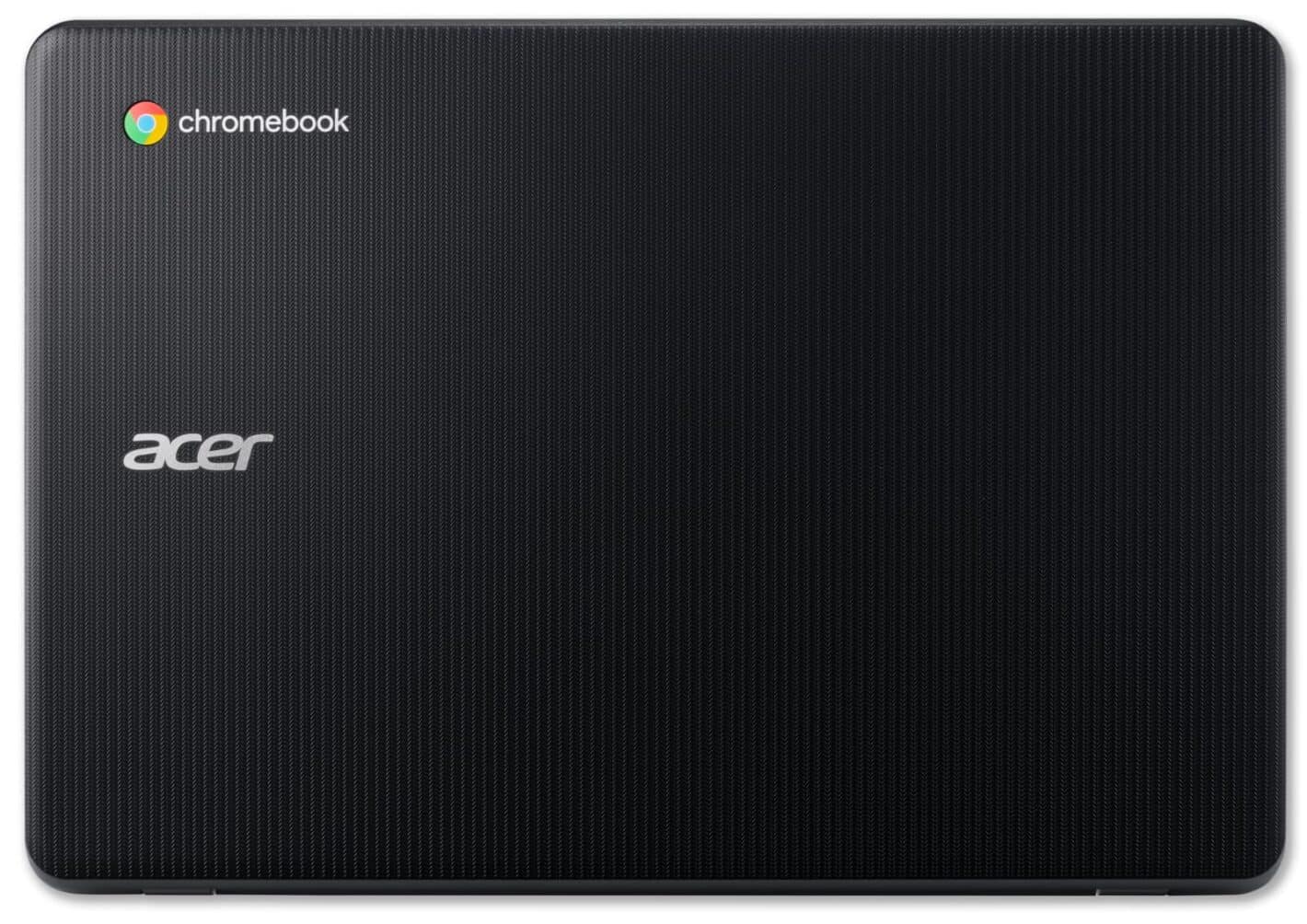 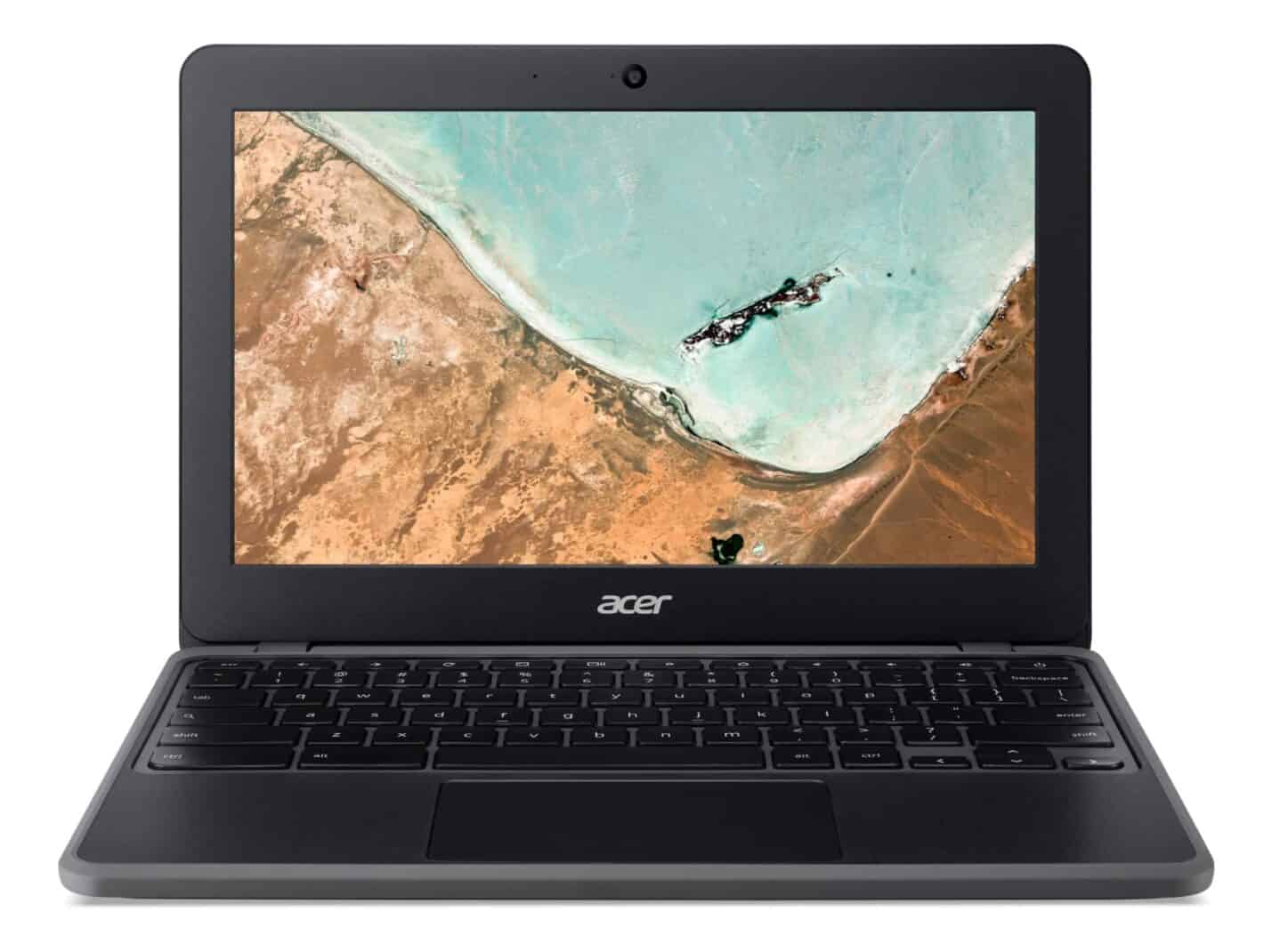 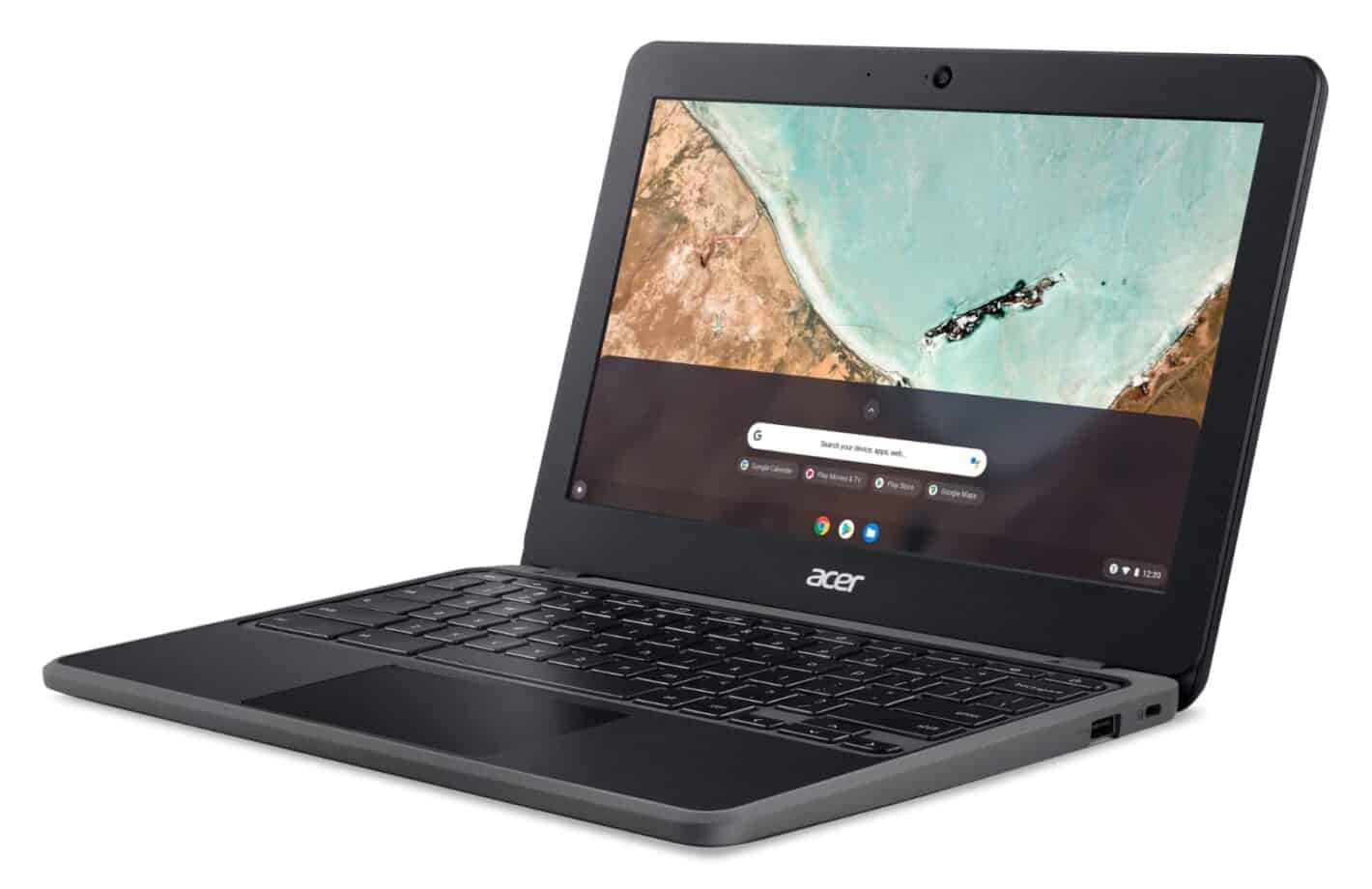 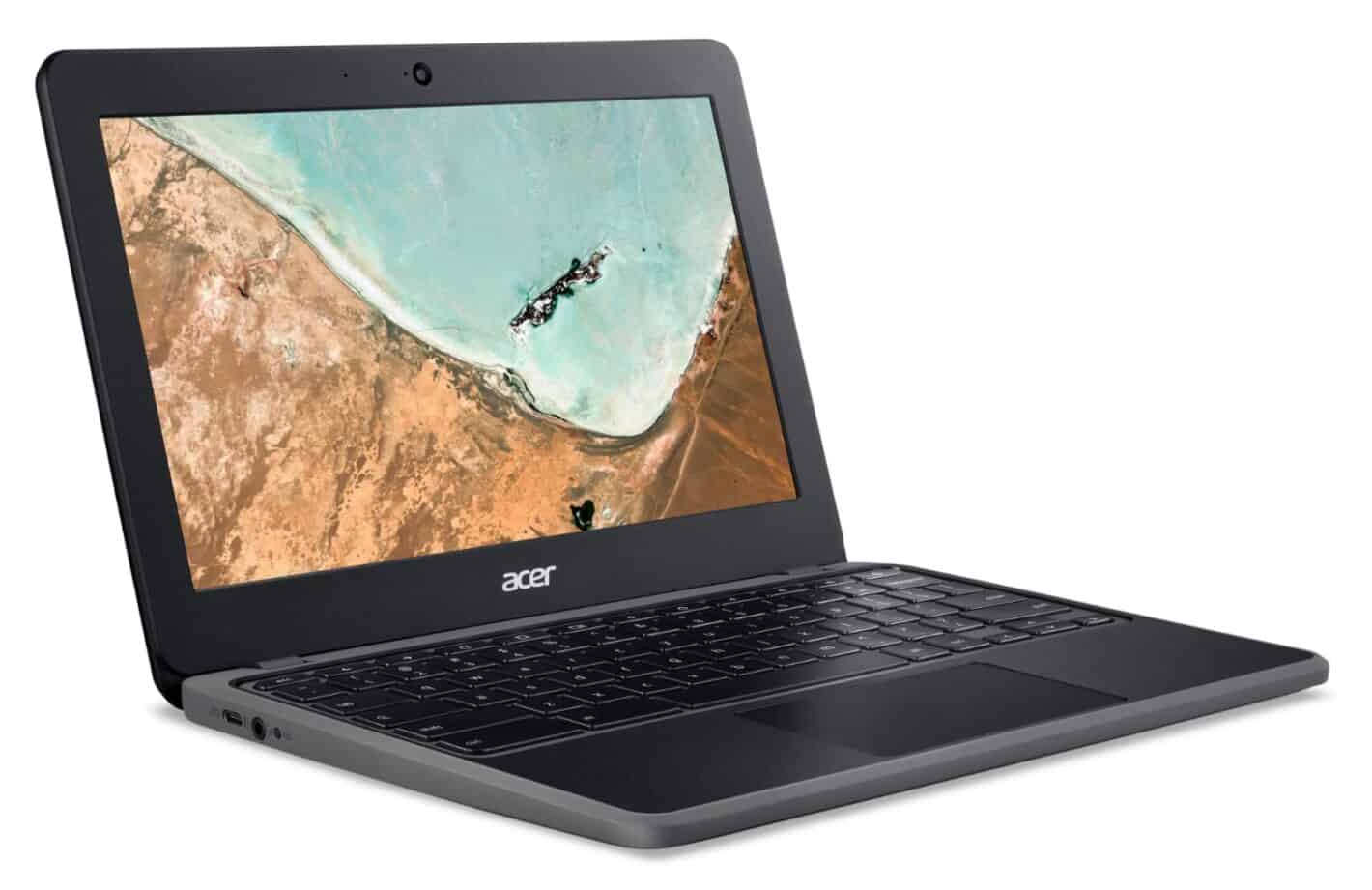 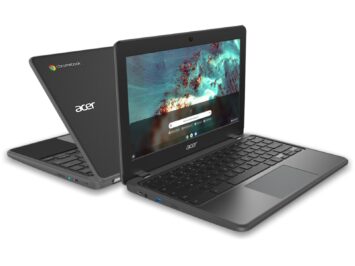 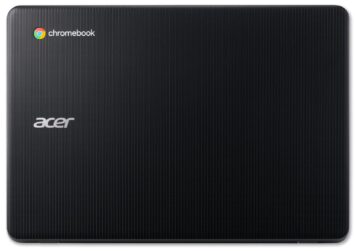 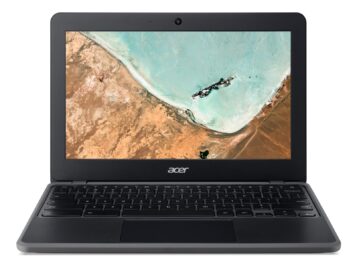 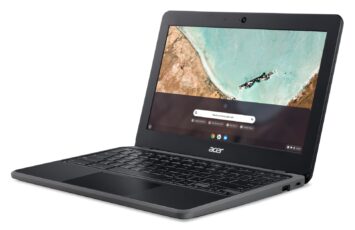 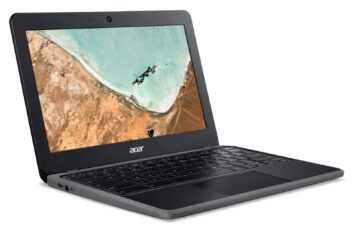 The more budget-friendly of the four Chromebooks launched by Acer ahead of BETT is the Chromebook 311 and Chromebook 511.

As the branding implies, these are a standard clamshell design. But that certainly doesn’t mean they’re weak. Acer designed the two laptops to MIL-STD 810H standards. So they can both survive falls up to just over 48-inches and withstand 132.28lbs of downward force. Spill-through keyboards are present as well, out-of-the-box. Acer designed the keys to withstand unwanted removals, with mechanical two-wing anchors on each key.

Both Chromebooks fall into the 11.6-inch screen-size category. So it’s probably not too surprising that both have a claimed battery life of up to 20-hours. Both have undergone testing and certification for UL/IEC 60950-1 standard and ASTM F963-16 Toy Safety Standards. But these two devices couldn’t be more different on the inside.

Conversely, the Acer Chromebook 311 comes with different extras. For instance, this education-first Chromebook comes with an optional touch screen and an HDR wide FOV webcam. 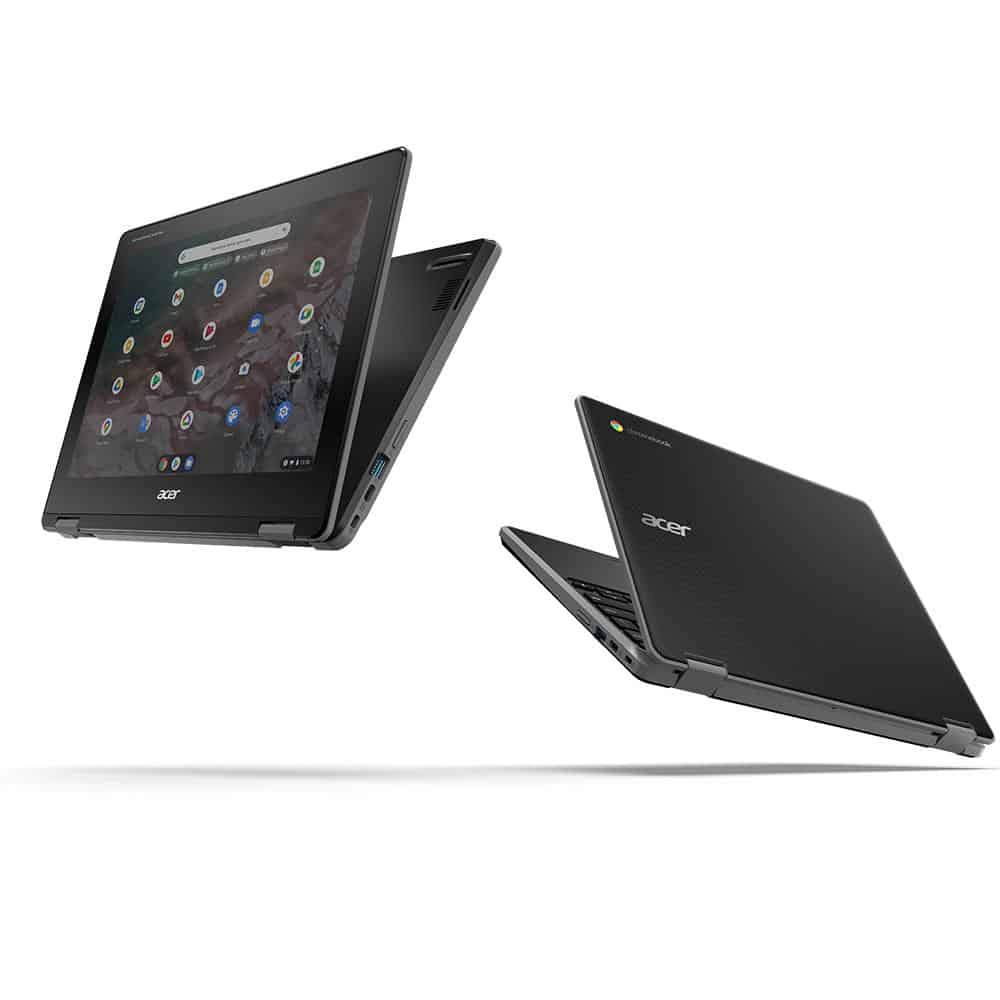 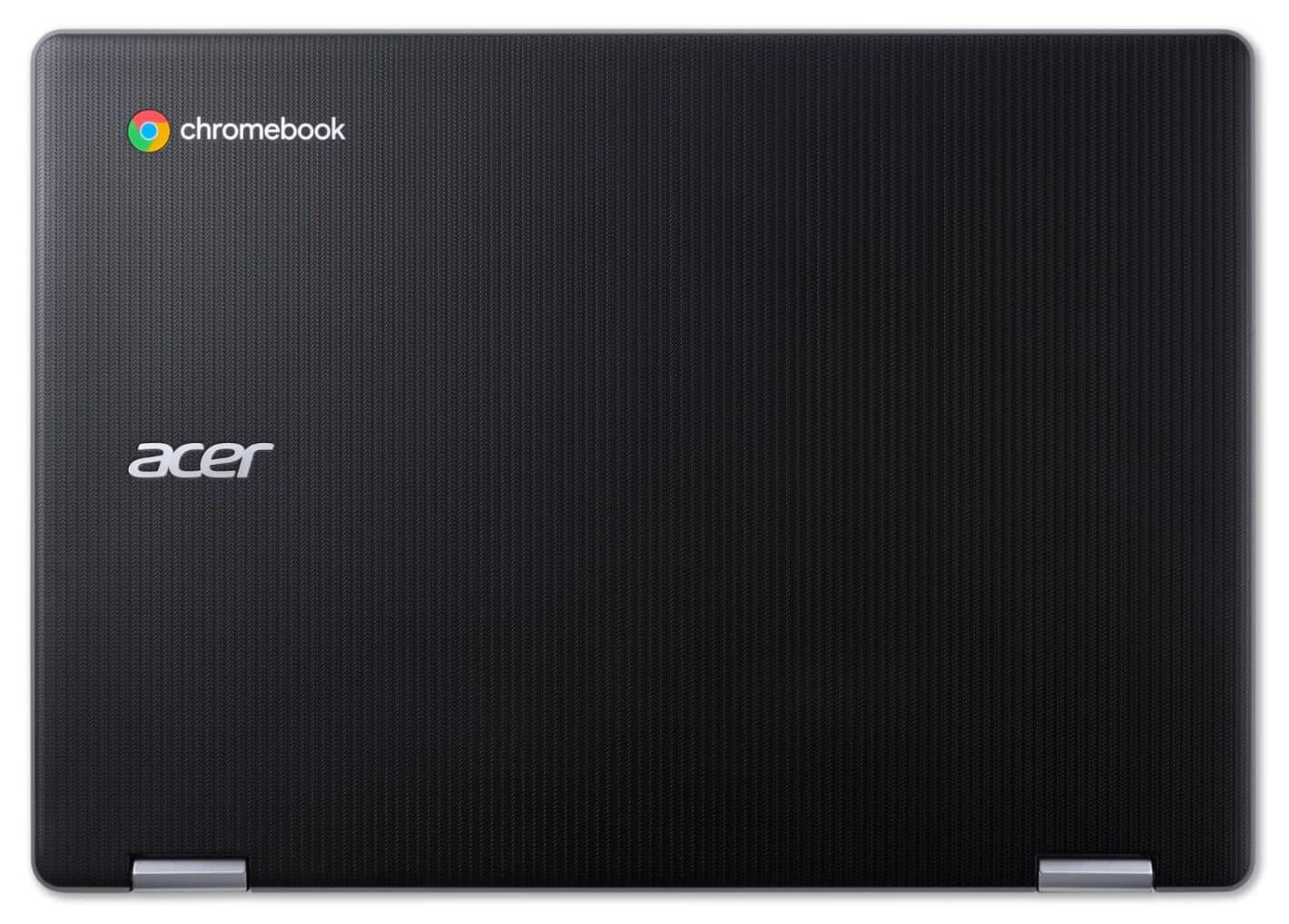 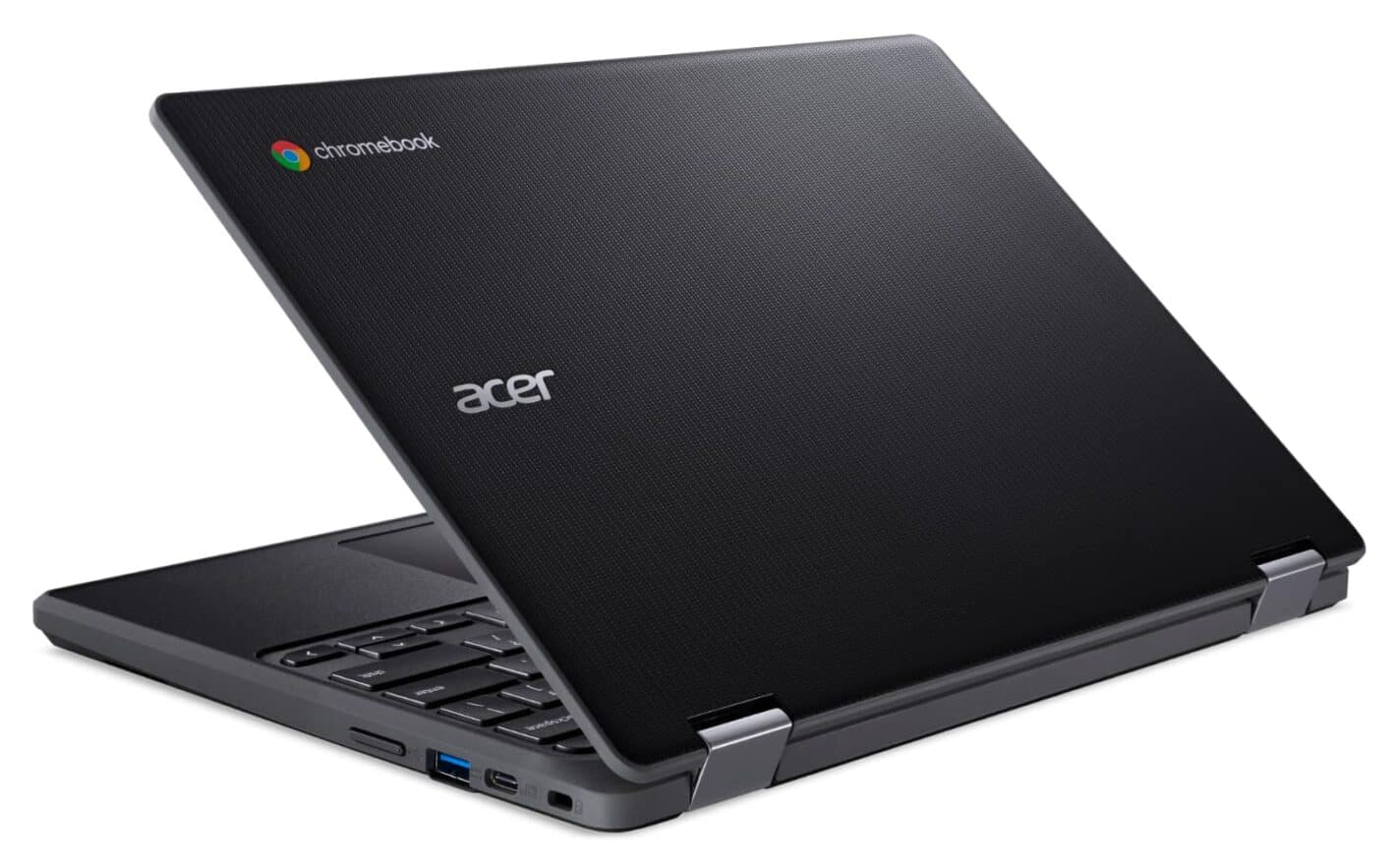 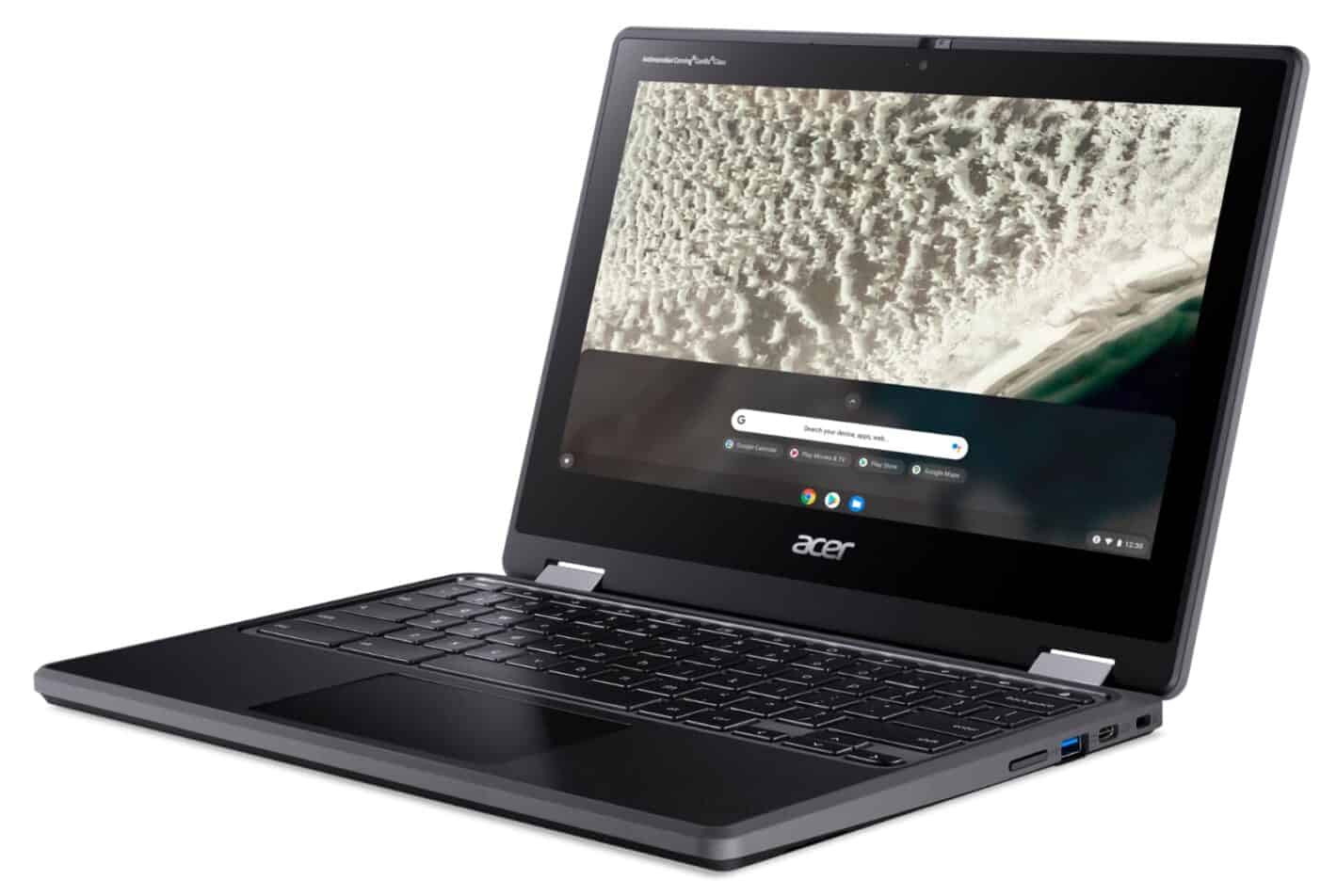 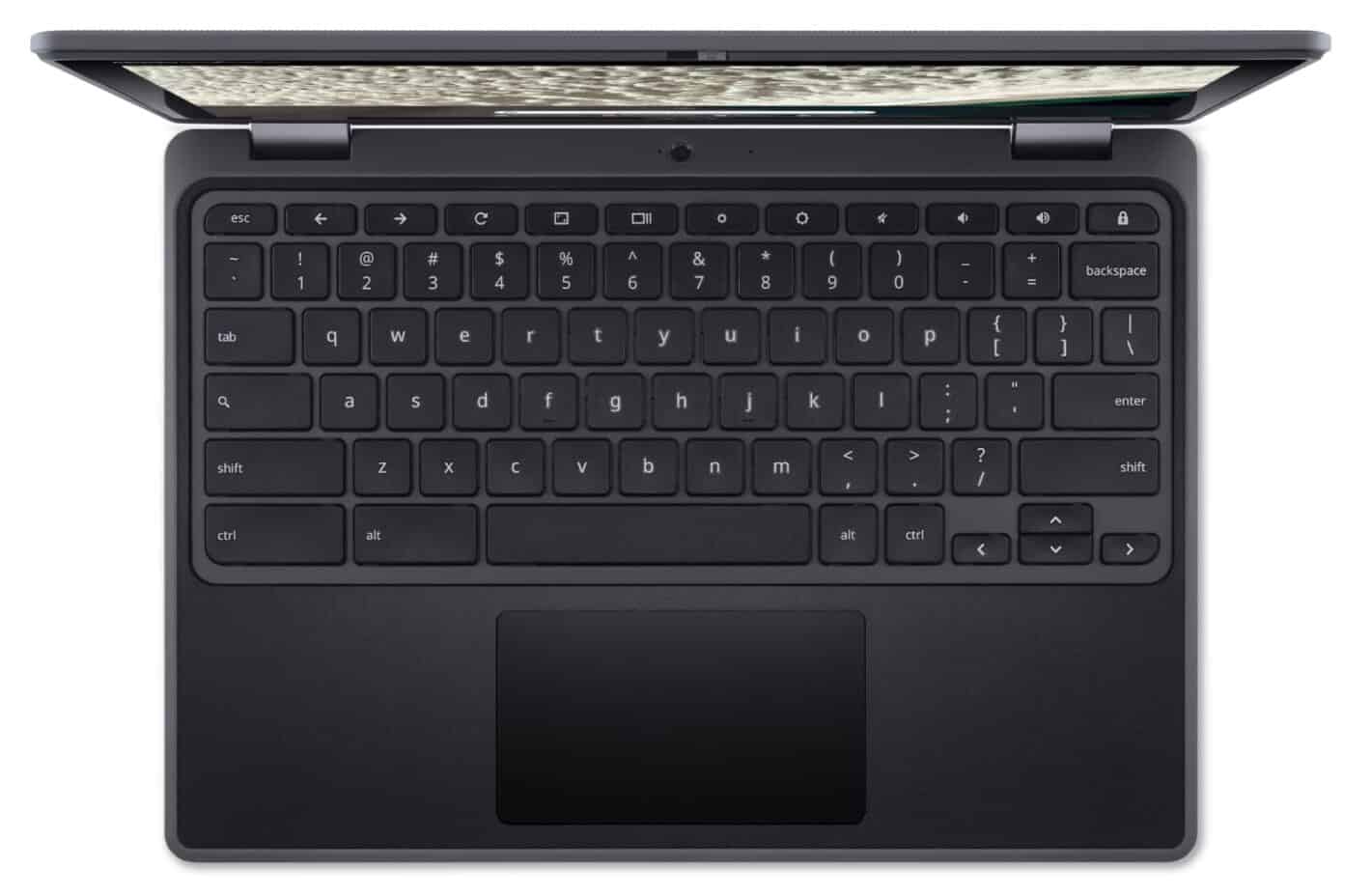 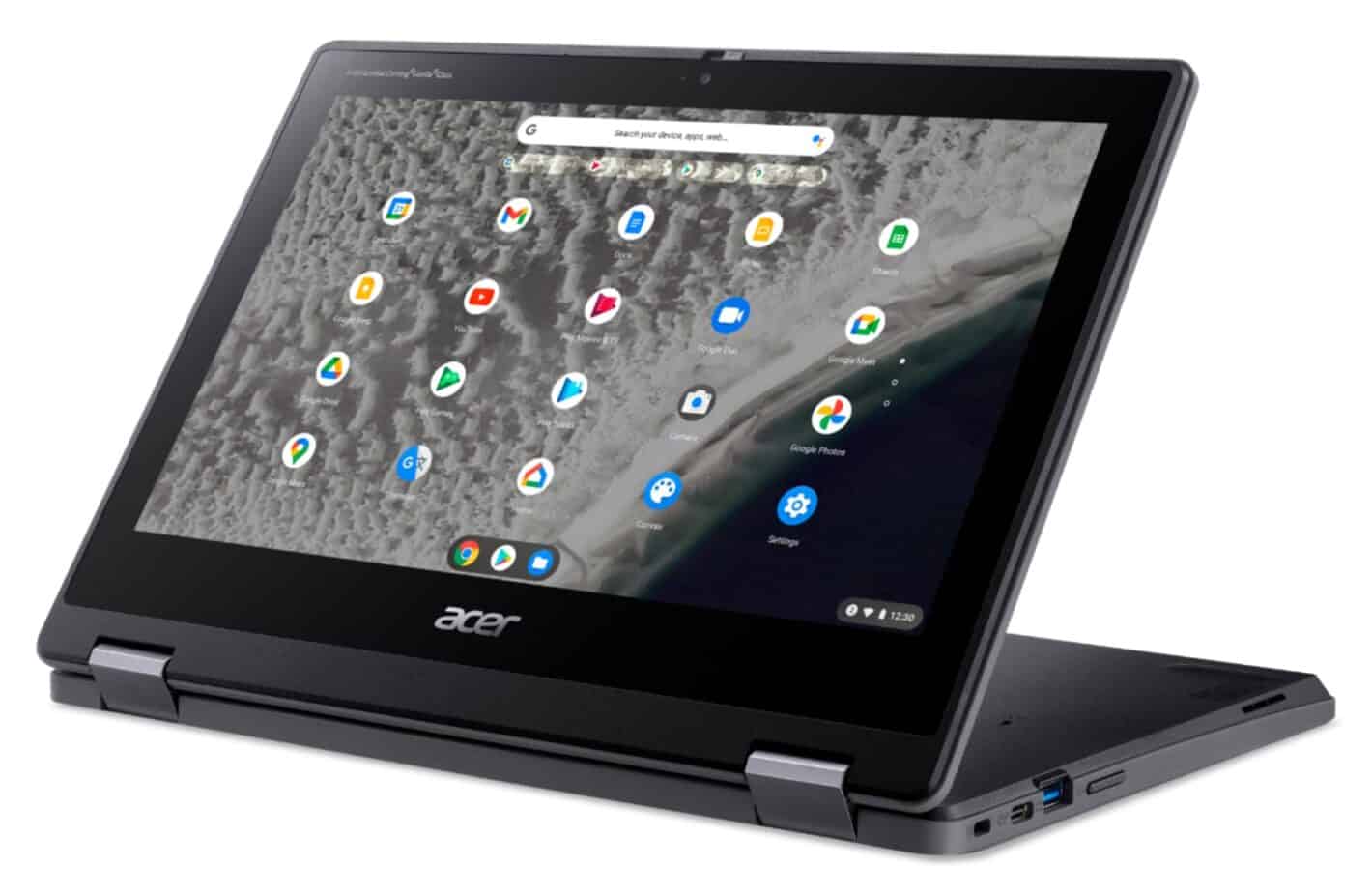 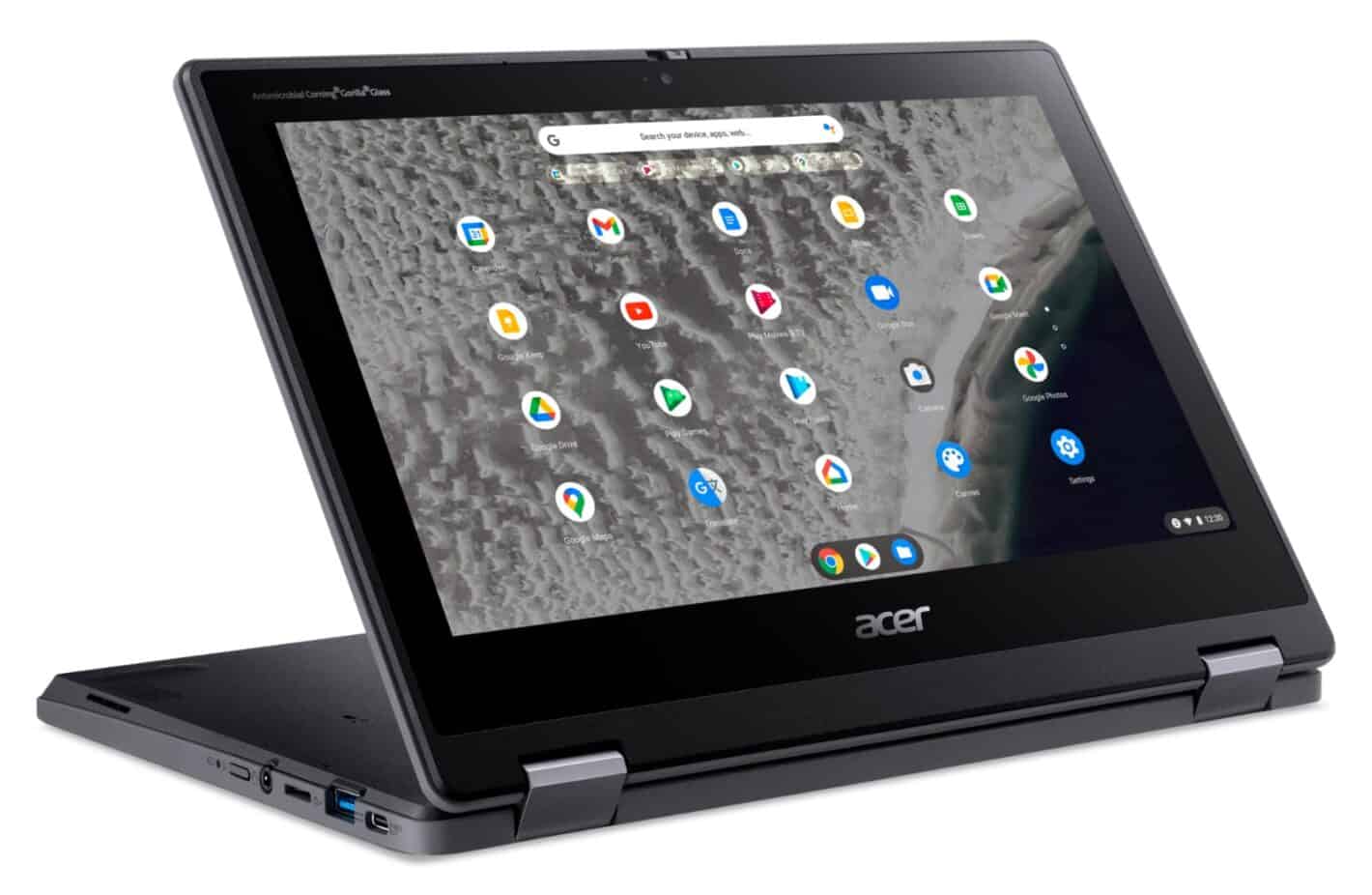 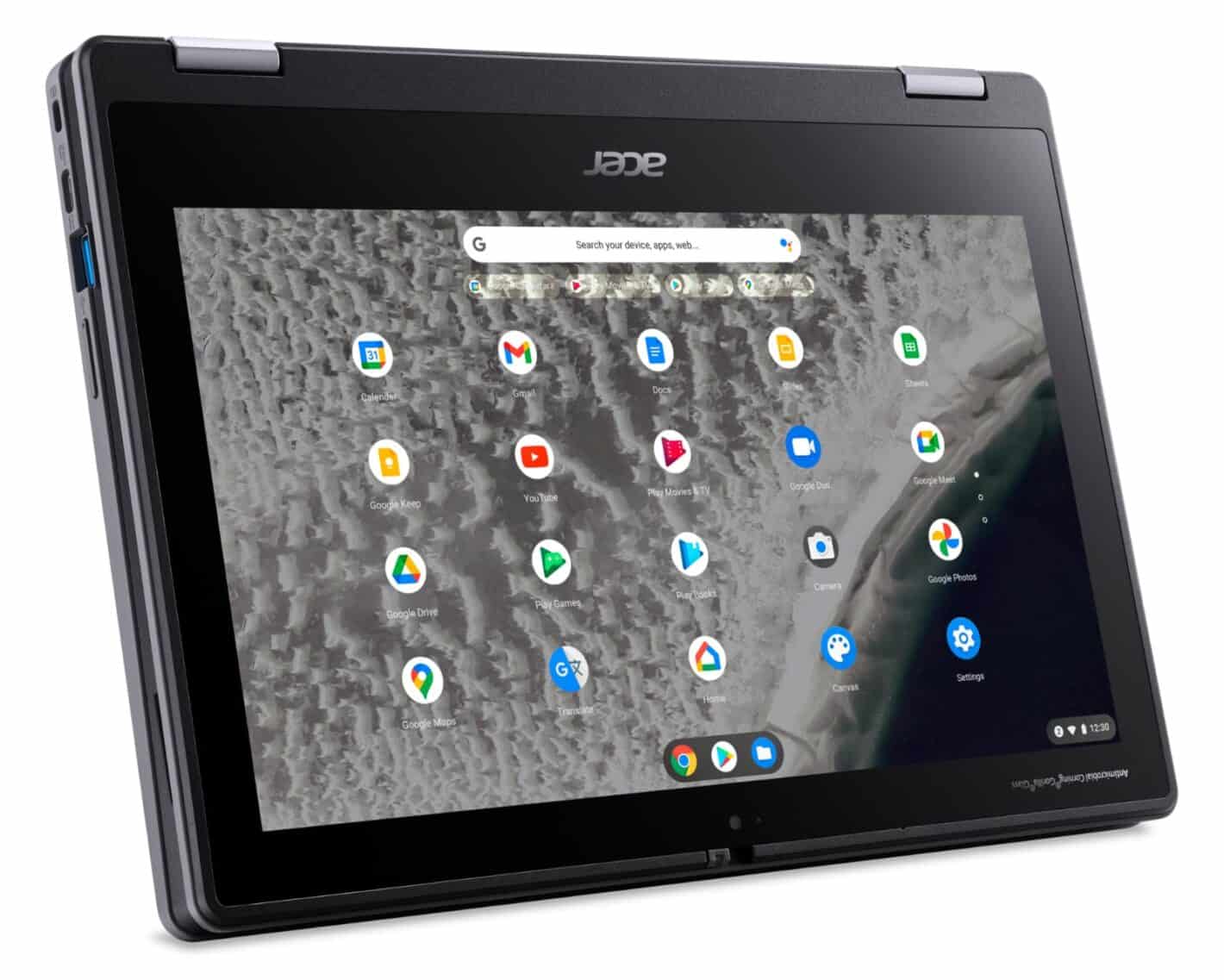 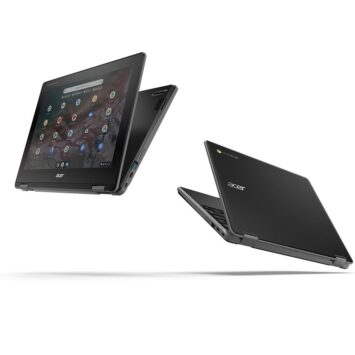 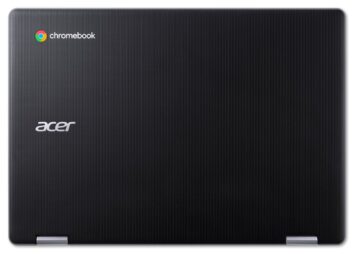 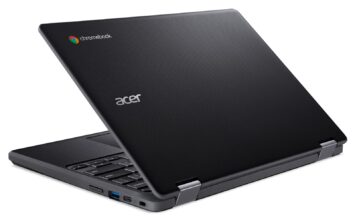 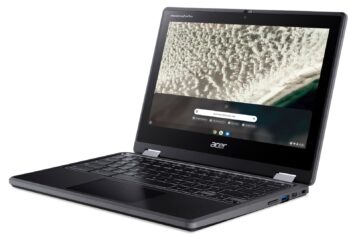 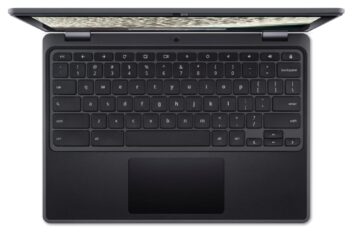 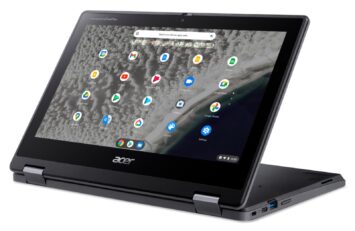 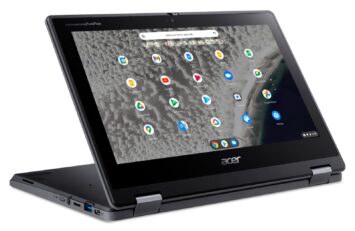 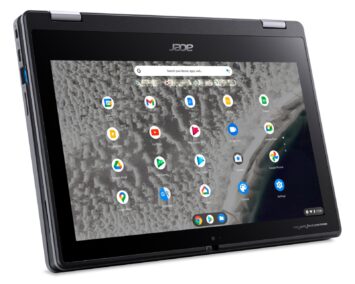 Acer has also unveiled two new Spin-branded Chromebooks for the education-focused event. Dubbed the Acer Chromebook Spin 511 and Chromebook Spin 512, the headlining feature here is found in the branding. Namely, Acer ships each with a display mounted to a 360-degree hinge. So they can each be used in a clamshell, tent, stand, or tablet orientation.

Now, Acer hasn’t fully detailed the specs of its new Chromebooks. But these two definitely share some attributes beyond the flexibility or naming conventions. To begin with, both pack tamper- and spill-resistant keyboards. The touchpads are moisture-resistant too but the keyboard can handle as much as 11 fluid ounces. Acer indicates that liquids are re-routed through and out the bottom.

Plastics coating some portions of both devices have also been certified to meet two leading toy safety standards. Namely, the ASTM F963-16 and UL/IED 60950-1 standard. So they’re safe for younger users well beyond the shock-absorbing bumper and design reinforcement. And those latter features ensure drop protection from as high as 48-inches and up to 132lbs of downward force. The company reinforced all of the ports with extra metal too. So the two USB 3.2 Type-C ports and two USB Type-A ports are well-protected.

The former of the two ports also supports data transfers up to 5Gbps and display output. Conversely, Intel Wi-Fi 6 802.11ax MU-MIMO connectivity and Bluetooth 5.1 round out connective options. But that’s where these two devices start to differ too.

In terms of power, both of these new Acer Chromebooks can be had with the latest Intel N4500 and N5100 processors. Acer backed that up with up to 64GB storage and 8GB RAM. And there are two cameras on each too, including an 8MP MIPI world-facing snapper and an 88-degree FOV HDR webcam. Acer is also including a physical privacy shutter for the latter camera.

Finally, Acer says both gadgets are rated for battery life up to 10-hours.

Now, the cost of the new Chromebooks from Acer will cover the gamut in terms of price brackets. Acer will sell the Chromebook Spin 311 as model designation C722. And it will become available in North America in January and in EMEA in March. Acer is pricing that at just $299.99 — or €269.

Conversely, the Acer Chromebook 511 and Spin 511 will be available in April in North America. And, for EMEA, they’ll become available in March. in March in EMEA. Acer will sell them under model designations C741L and R753T. And it will price them both at $399 in the former region or at €399 and €369, respectively, in EMEA.

Finally, the Acer Chromebook Spin 512 will be sold under model designation R853TA. Acer plans for the model to become available around the same time as the Chromebook 511 and Chromebook Spin 511. Acer will start pricing in North America at $429.99 and in EMEA at €399.