However, the newly published report now provides breakdowns of regional markets, along with some additional insights. According to the report, global smartphone shipment declined 4-percent year-on-year (YoY) in Q3 2020. But the market saw signs of recovery after the COVID-19 lockdowns, growing 32-percent from the previous quarter to reach 366 million units.

Samsung had lost the top spot to Huawei in Q2 when the first wave of lockdowns and quarantine around the world was at its peak. Since markets in China were already open in Q2, Huawei phones had sold strongly in the domestic market. However, once the global market re-opened, Samsung regained the crown from the Chinese giant.

Apple delayed the launch of the iPhone 12 series from Q3 to Q4 in 2020. This delay means its shipments declined 7-percent YoY in the third quarter, allowing Xiaomi to leapfrog it to the third spot. The Chinese company itself grew a strong 75-percent QoQ. Realme shipments grew 132-percent QoQ in Q3 2020. 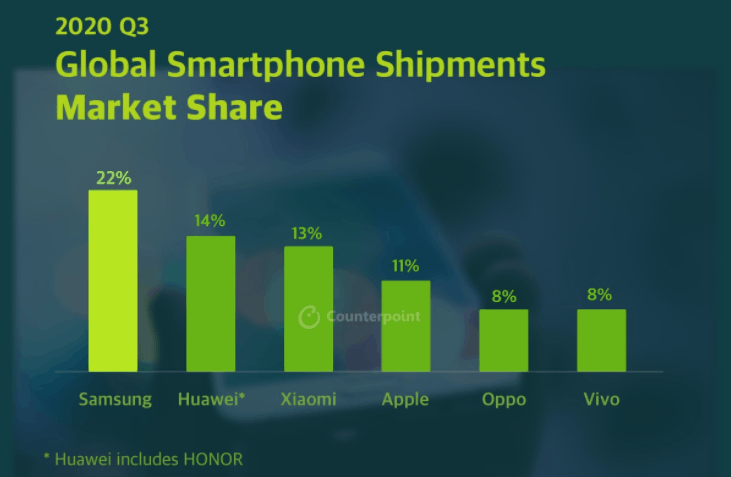 Samsung is in the top five in every region

Counterpoint Research has also provided a regional breakdown of the smartphone market share of the top five vendors in every region. While Chinese companies dominated the Asian market, Samsung finds itself at the spot in Europe, Latin America, and the MEA.

Apple led the North American smartphone market and is the second-biggest vendor in Europe. However, it doesn't make it into the top five elsewhere. Samsung is the only vendor in the top five in all five regions. 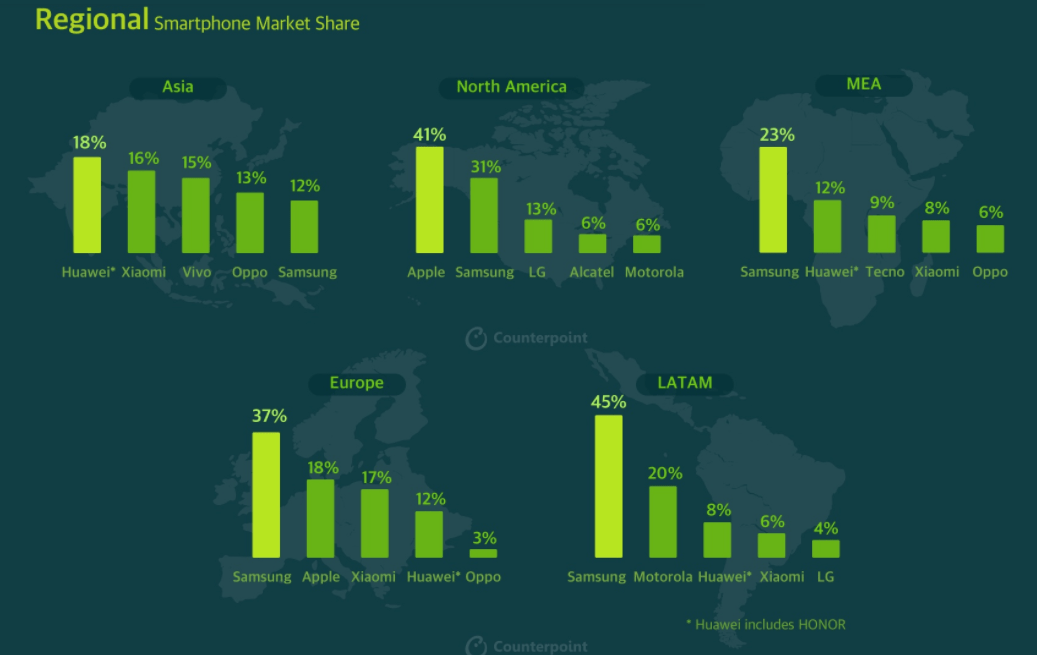 The feature phone market is declining

Along with smartphones, Counterpoint Research has also published its analysis on the feature phone market. The market is, unsurprisingly, declining globally. Q3 2020 saw a YoY drop of 17-percent in feature phone shipment, with shipment volume reaching just about 74 million units. 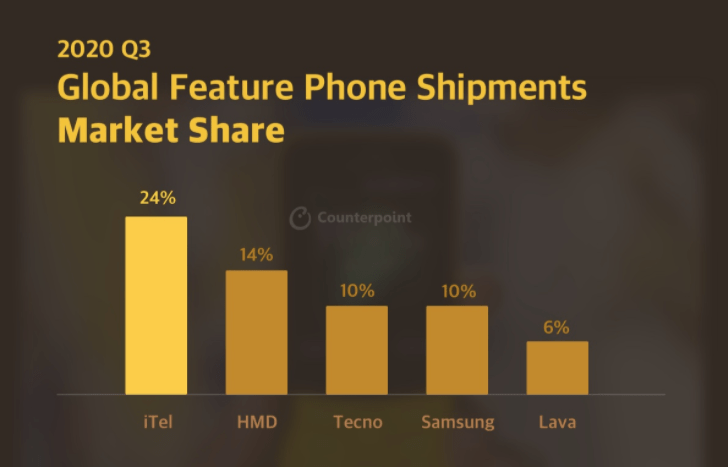 North America saw a sharp decline of 75-percent YoY and 50-percent QoQ in feature phone shipment during the third quarter. Alcatel is still the preferred feature phone brand in the region, with over 50-percent market share. HMD (Nokia) is the favorite brand of feature phone buyers in Europe and the Rest of Asia (excluding India). Local brands Multilaser, Positivo, and Bmobile dominated the feature phone market in Latin America. 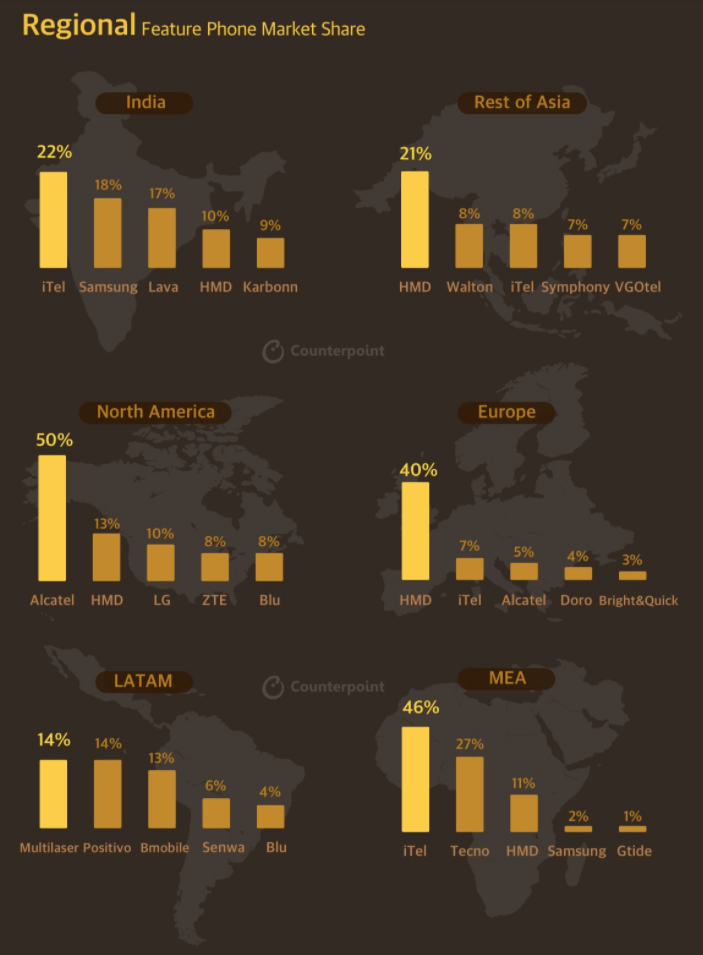 Advertisement
Trusted By Millions
Independent, Expert Android News You Can Trust, Since 2010
Publishing More Android Than Anyone Else
15
Today
83
This Week
623
This Month.
623
This Year
110782
All Time
Advertisement