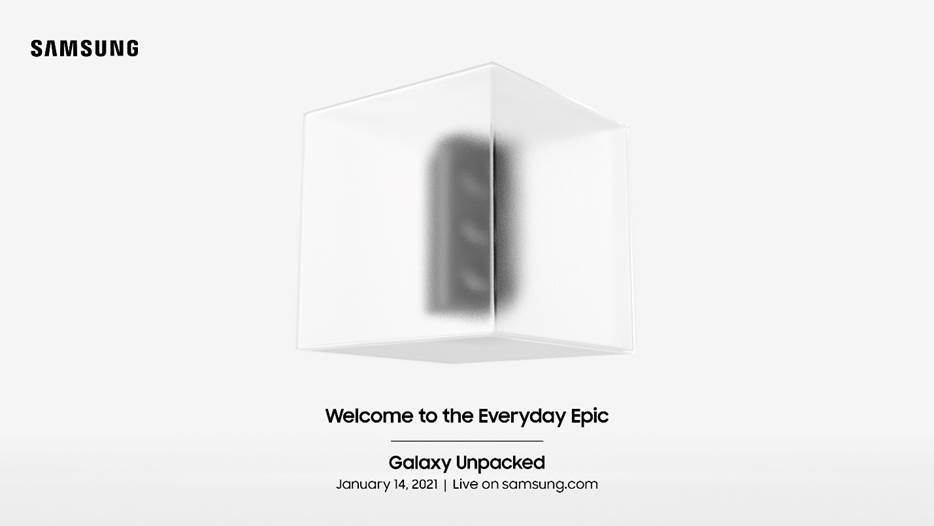 Samsung has just set the date for its next Unpacked event, where it is expected to announce the Galaxy S21 series.

There had been many rumors that the event would be set for January 14, and today, Samsung made it official.

Unpacked will happen on Thursday, January 14 at 10AM ET. As has been the case with every product launch as of late, it’ll be a virtual event only.

Galaxy S21 is expected, along with Galaxy Buds Pro

Typically, ahead of these launch events, we can pretty much tell what is going to be announced. Based on leaks and rumors. And there are really only four devices that have been leaked.

The Galaxy S21 has been leaked quite a bit already. We’re expecting to see a new design on the S21 series this year. Along with the two smaller models featuring a flat display, saving the curved display for the Ultra model. Which is a departure from the Galaxy S20 series, where all three had the same display – just different sizes.

All three models are also expected to have S Pen support. But it will not be included in the phone. Instead, it looks like Samsung is going to be selling the S Pen via a case that has the silo included. Which is an interesting way to do things.

As far as the charger goes, we’re expecting that to be a no-show in the Galaxy S21 boxes. But, Samsung is also expected to announce a new charger or two for the Galaxy S21 series, that will offer faster charging speeds. And prices are expected to be lower, compared to the Galaxy S20 series.

Having said that, Unpacked isn’t too far away, only a couple more weeks until we see the Galaxy S21!