The Xbox Series X has been out for a little over two weeks now, and already it has a new update that introduces some UI improvements by the way of new backgrounds. Microsoft recently started rolling out a new software update to the console that brings in new, fresh backgrounds for the Xbox Series X to change up its look a little bit.

The new backgrounds are intended to update the UI to make it look more "next-gen." Whether or not you think it accomplishes this goal, one thing it does for certain is give users more choices in how to customize how the UI looks on their own console. And more choice is never a bad thing. Especially not in this regard. 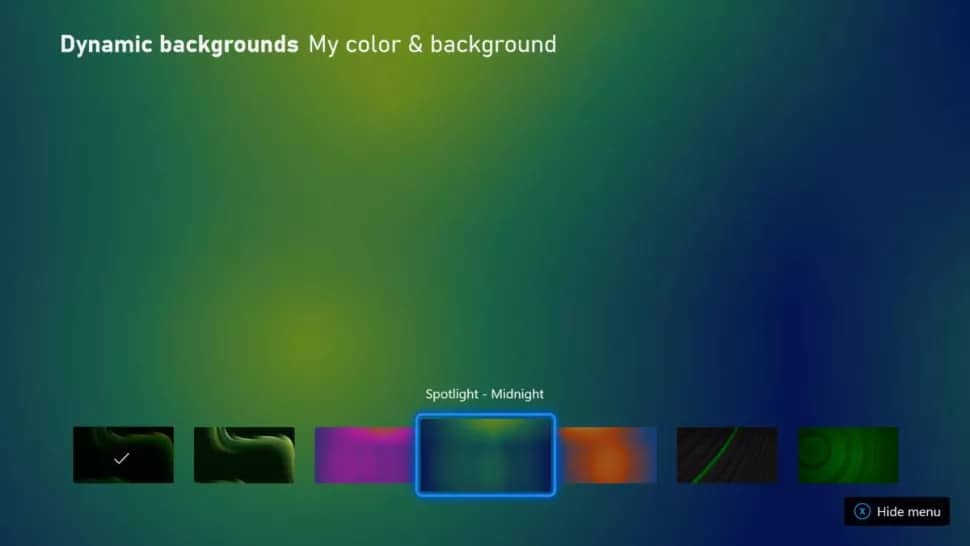 Based on the screenshot taken after the update, it looks like there are around seven dynamic backgrounds. But there may be more. Also worth noting is that the update appears to be rolling out as of this morning sometime. Which means everyone may not have it just yet. Though it's more likely that the update was rolled out to all consoles at the same time.

The update brings in more than just new backgrounds

New backgrounds are not the only part of this new software update. It also appears that the update includes a marker that more easily displays which games support auto HDR.

To check which games support this feature, all users have to do is tap the guide button. If a game supports the auto HDR feature, it'll display as much below the clock on-screen. This should be a super simple way to know whether or not you'll get the auto HDR experience with the games you're playing.

There's also now the capability to setup the console with family member accounts if you wish to do so. Microsoft also added the capability to pre-install certain upcoming games for Game Pass. Though it won't be all games. If you've not powered on your console in the last 24 hours, now might be the time to do so to see if the update is waiting for you.

Advertisement
Trusted By Millions
Independent, Expert Android News You Can Trust, Since 2010
Publishing More Android Than Anyone Else
3
Today
3
This Week
383
This Month.
383
This Year
110568
All Time
Advertisement