As far as the colors are concerned. There is the Phantom Violet, which we’ve seen in previous leaks. There’s also Phantom White, Phantom Black and Phantom Pink. So it’s obvious that the Galaxy S21 colors are all “phantom” like the Galaxy Note 20 was all “Mystic”.

The Phantom Violet is likely to get the most attention, seeing as it is a two-toned color palette here. With a lilac back, and a sort of copper or gold camera module. It definitely looks different, but that doesn’t mean it’s the best color for everyone. Samsung does have the usual black and white colors available for everyone too. Since this is a Glasstic-backed smartphone, the black color might not be as much of a fingerprint magnet as you’d expect.

Compared to the Galaxy S21+, the only real difference is screen size (and of course battery). As they both offer up the same flat display, with a hole punch for the camera.

Samsung will announce the Galaxy S21 on January 14

Samsung still has not confirmed this, but they should any day now. But the Galaxy S21 series is expected to be announced at Unpacked on January 14.

It’s going to be a full month earlier than the Galaxy S20 was announced last year. And the earliest that the Galaxy S series has ever been announced. So we’re going to be seeing a lot more leaks and rumors about the Galaxy S21 series in the coming weeks. And whatever else Samsung is planning to announce at this event too.

Below, you can see what the size difference is between the Galaxy S21 and S21+. 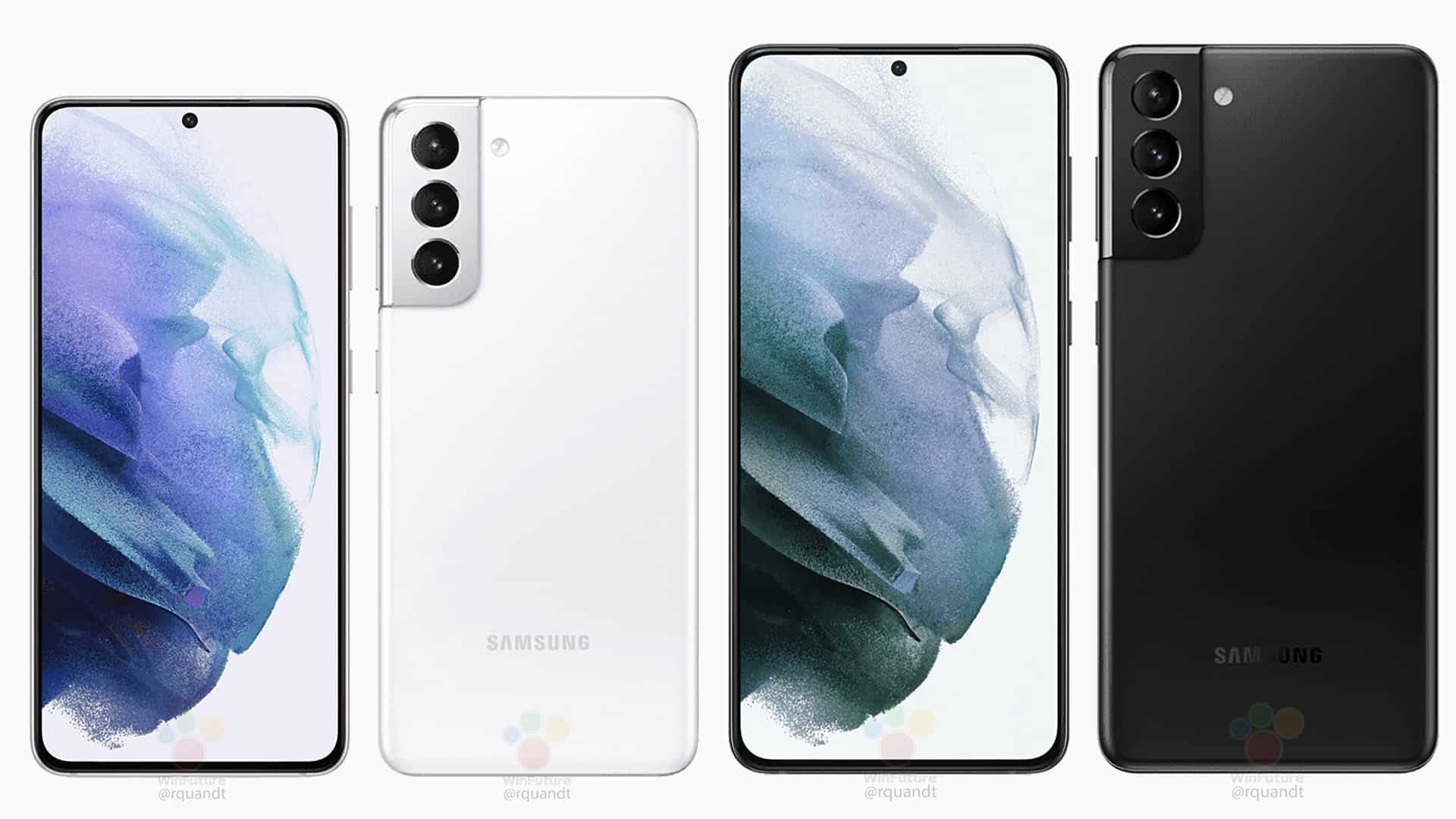