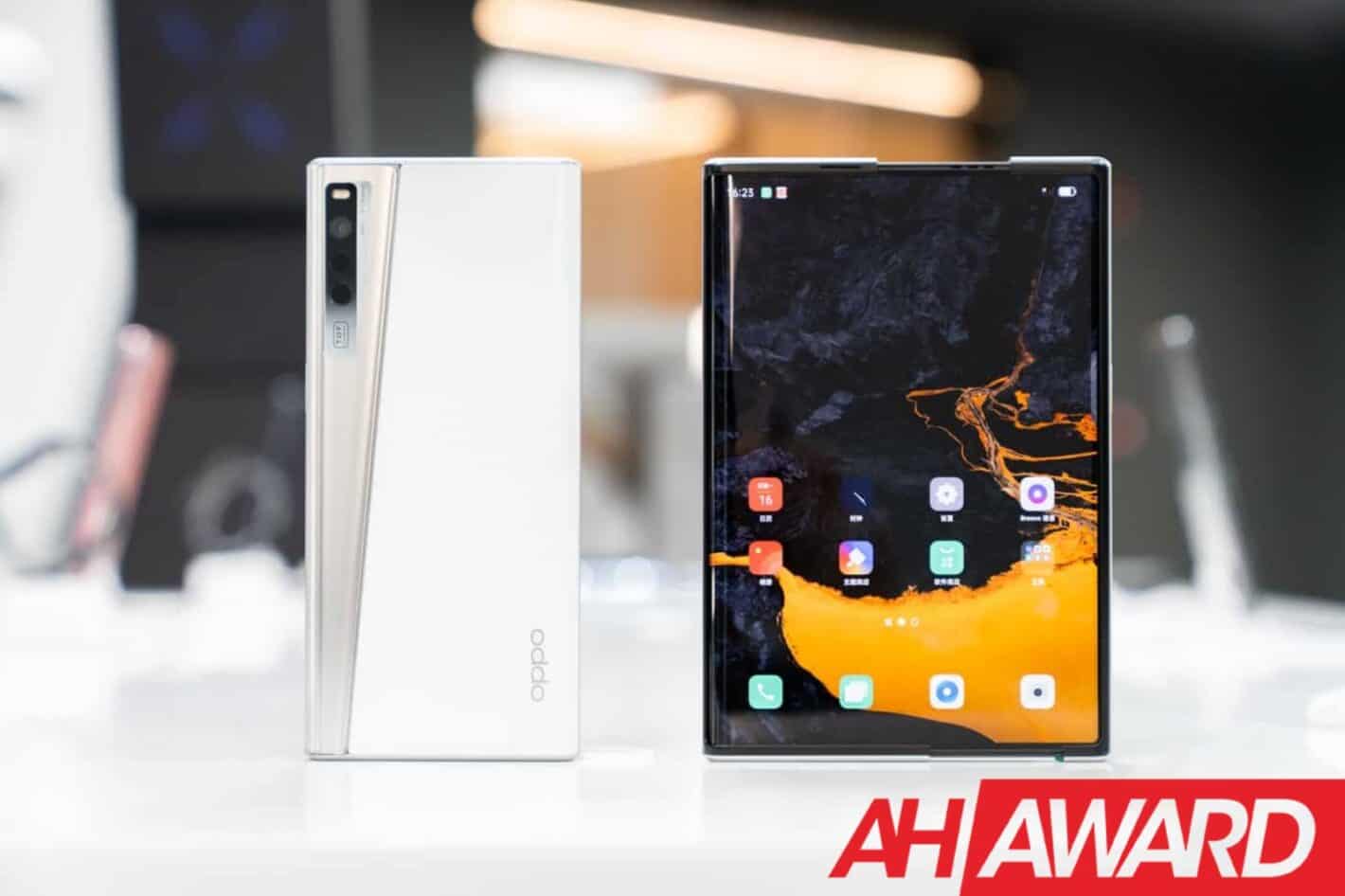 Move aside foldables, 2020 was the year of rollable phones like the OPPO X 2021!

The winner of this year’s Android Headlines’ Readers Choice Award for the Most Innovative Smartphone is the OPPO X 2021. And that is no surprise.

It was the clear winner of the LG Wing, grabbing nearly 64% of the vote, from our poll on Twitter.

The OPPO X 2021 is the first rollable smartphone that actually works. Another company showed one off earlier this year, but it was not a working prototype. The OPPO X 2021, on the other hand is a working one. It is a concept phone and not one you can buy, yet. But still a really cool concept from OPPO.

Unroll your phone into a tablet

With the OPPO X 2021, the thought is that you’ll be able to unroll a smartphone into a tablet-sized device. The screen sizes don’t do it any justice though. With it being a 6.7-inch screen that unrolls to a 7.4-inch screen. It’s actually quite a bit more impressive than that. And remember that screen sizes are measured diagonally. Which is why it only seems like a .7-inch jump when you unroll the screen.

A big reason why this type of smartphone is more “innovative” than a foldable phone, is because it does not have the crease. And while it does have more moving parts, they are not exposed like a foldable phone would be. The OPPO X 2021 is motorized, which might be the cause for some concern. But all of the parts that move are inside the phone.

The apps also automatically resize for the larger 7.4-inch screen while the OPPO X 2021 is unrolling. Which is really impressive, considering it is the first rollable smartphone. Meaning that software had to be optimized for this. Not only on OPPO’s side but also in Android 10 (it ran Android 10 when it was announced a few months ago). And it seems to work really seamlessly, without any input from the user.

OPPO and even its sister companies vivo and OnePlus, have been at the front of smartphone innovation in the past few years. So it’s not that surprising to see this type of phone coming out of Shenzhen.

OPPO was one of the first to do a motorized pop-up camera, as well as the fingerprint under the display. And while they haven’t really released any foldable phones, they are going a step further with this rollable smartphone. Which looks incredible, especially since this is a concept phone.

So it should come as no surprise that OPPO has won the AH Reader’s Choice Award for the Most Innovative Smartphone this year. Well deserved OPPO!