The company has filed a patent with the Hague, which is part of WIPO (World Intellectual Property Office). While the company applied for the patent on September 25, it was only recently published on November 20. The renders from the patent confirm the device to come with an in-folding design.

It looks very similar to the original Galaxy Fold with a small cover display on the outside. Instead of having separate front cameras for the foldable and cover displays, Xiaomi has opted for a pop-up camera setup. Moreover, the pop-up module appears to feature dual camera sensors. The device also sports a triple camera setup on the rear.

While the power button and volume rocker are on the right edge, the SIM card slot can be found on the opposite side of the screen. When Samsung launched the original Galaxy Fold, it came with a notch. The recently launched Galaxy Z Fold 2 features a punch-hole cut-out to accommodate the front camera sensor.

It comes with a dual pop-up selfie camera

With the newly patented design, Xiaomi seems to have overcome this issue by adding a pop-up camera sensor. In the past, Xiaomi has launched quite a few traditional candybar smartphones with pop-up cameras. With the Galaxy Z Fold 3 launching in the second half of 2021, Samsung is rumored to introduce an under-display camera sensor.

Since the foldable display on this device will likely come with a 4:3 aspect ratio, there will be black bars on the top and bottom when watching videos. Unless the content is in the same aspect ratio, the edge-to-edge display still might not provide a full-screen experience.

Apart from the basic design, there’s nothing mentioned about this device in the patent documentation. A couple of months back, Xiaomi also patented a foldable smartphone featuring a tri-fold design. It looks similar to the first foldable smartphone prototype showcased by Xiaomi in early 2019. 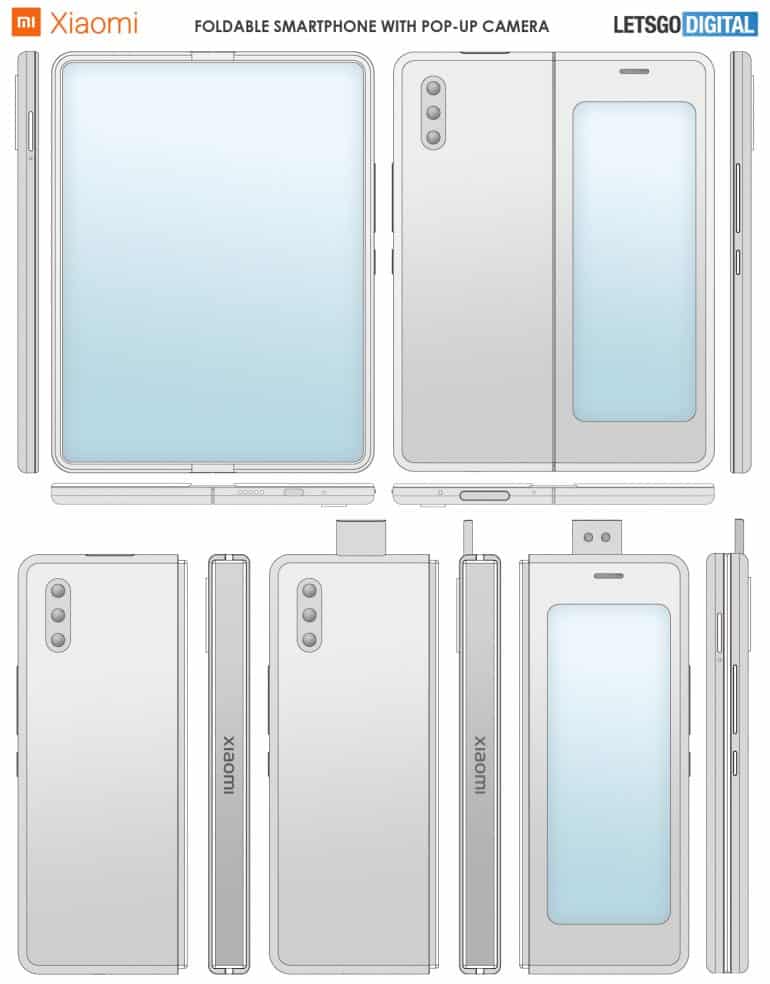