Xiaomi offers a great lineup of set-top boxes under its Mi Box series. The company recently expanded the lineup with the launch of the Mi Box 4S and Mi TV Stick. It is now coming with a Pro version of the former, and it promises to be the best yet.

The new Mi Box 4S Pro, which was announced in China on Wednesday, supports 8K video playback, making it one of the very few 8K-capable streaming boxes available in the current market. And that’s not the only upgrade in Xioami’s latest set-top box offering. The Mi Box 4S Pro also sports HDMI 2.1 support, which is a minor yet significant bump from HMDI 2.0 on the standard Mi Box 4S.

Storage capacity has also been doubled from 8GB to 16GB though the device still gets 2GB of RAM. It supports Bluetooth voice controls and mobile phone screen projection, and ships with Xiaomi’s MIUI for TV in China. The device should adopt Android TV if it arrives in global markets.

However, Xiaomi seemingly has no such plans as of now. “About the Mi Box 4S Pro, we have no global plans to share at the moment,” a Xiaomi representative told Android Authority.

The Mi Box 4S Pro is now available for pre-orders in China at 399 yuan (~$60). Hopefully, the company will launch it in other markets, and with Android TV support, down the line. Xiaomi is known for offering quality products at cheaper prices. And when it comes to 8K streaming devices, there aren’t many options in the current market. The Mi Box 4S, which tops out at 8GB of storage and 4K playback, costs 289 yuan (~$43).

Details about the processor and the rest of the specs of the Mi Box 4S Pro are still a mystery. However, given its identical look and footprint to the Box 4S, it should share most of the internals as well. In fact, Huawei’s Mi Box 4 series devices have been packing the same internals since the original Mi Box 4 from 2018, which is also sold as Mi Box S and Mi Box 4K in international markets.

If that’s the case with this model as well, then we are looking at the same 64-bit quad-core Amlogic S905X chipset with four ARM Cortex-A53 CPU cores and Mali 450 GPU. The device should support dual-band WiFi 5. It will also likely offer a USB 2.0 port, a 3.5mm headphone jack, and a power input port. 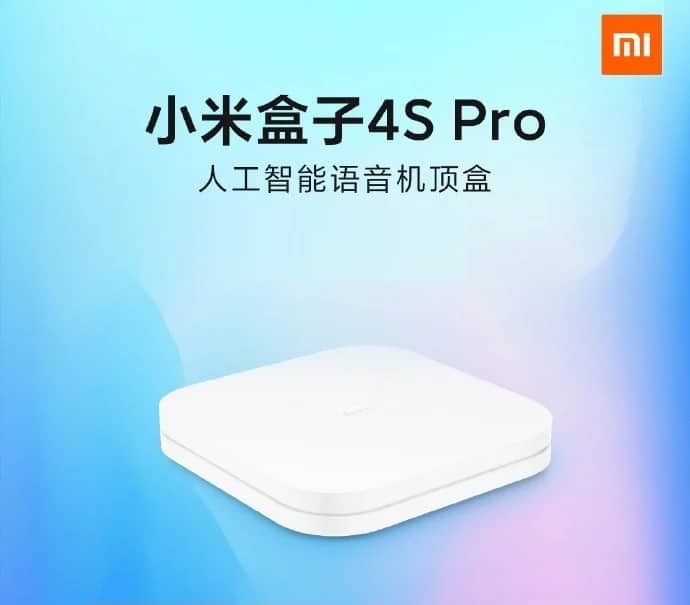