We are just a few months away from the launch of the 2021 flagship from Samsung, the Galaxy S21, and several leaks are already pouring in. The latest one suggests that Snapdragon 875-powered Galaxy S21 has beaten the Exynos model in the benchmark.

Yes, you heard it right. All the rumors and leaks that hinted that the Exynos variant of the Galaxy S21 will be better in terms of performance, go into doubt with this new leak.

Notably, as per Sammobile, a Galaxy S21 carrying model number SM-G996U was spotted on Geekbench today. Apparently, the results show the Galaxy S21 powered by a Snapdragon 875 with 8GB of RAM.

Note that Qualcomm has not yet announced the Snapdragon 875 chipset. But it is expected to sport a tri-cluster CPU configuration. This would include a single X1 high-performance core.

Moreover, there will be three Cortex-A78 cores and four Cortex-A55 cores. And Snapdragon 875-powered Galaxy S21 on Geekbench confirms that the chipset will be coupled with Adreno 660 graphics chip.

Talking about some numbers, the Snapdragon 875-powered Galaxy S21 scored 1120 points in Single-core tests. And in multi-score tests, it scored 3319 points.

In contrast to the Exynos variant's results, the Galaxy S21 scored 1038 in single-core tests, and 3060 in multi-core tests. So, it is clear, at least for the moment, that once again, Qualcomm will overpower the Exynos chipset.

As far as other specs are concerned, several leaks have already hinted that the Galaxy S21 Ultra could come with a 45W fast charger, 108MP camera with HM3 sensor.

Apart from this, it is expected that the Galaxy S21 series devices could be launched in January. On the software side, the Galaxy S21 would come with Android 11 One UI 3.1 and not the One UI 3.0.

Samsung is also expected to ditch the Time of Flight sensor (ToF sensor) for the Laser Autofocus. This setup is currently implemented with the Galaxy Note 20 series devices.

We would advise our readers to take all this information with a pinch of salt. As these are not the final results of specs. Besides, the benchmark results of the Exynos variant is two months old.

And Samsung probably has not yet finished optimizing the Exynos chipset. We will have to wait for the final official results until we can come to a conclusion. Till then, stay tuned to Android Headlines. 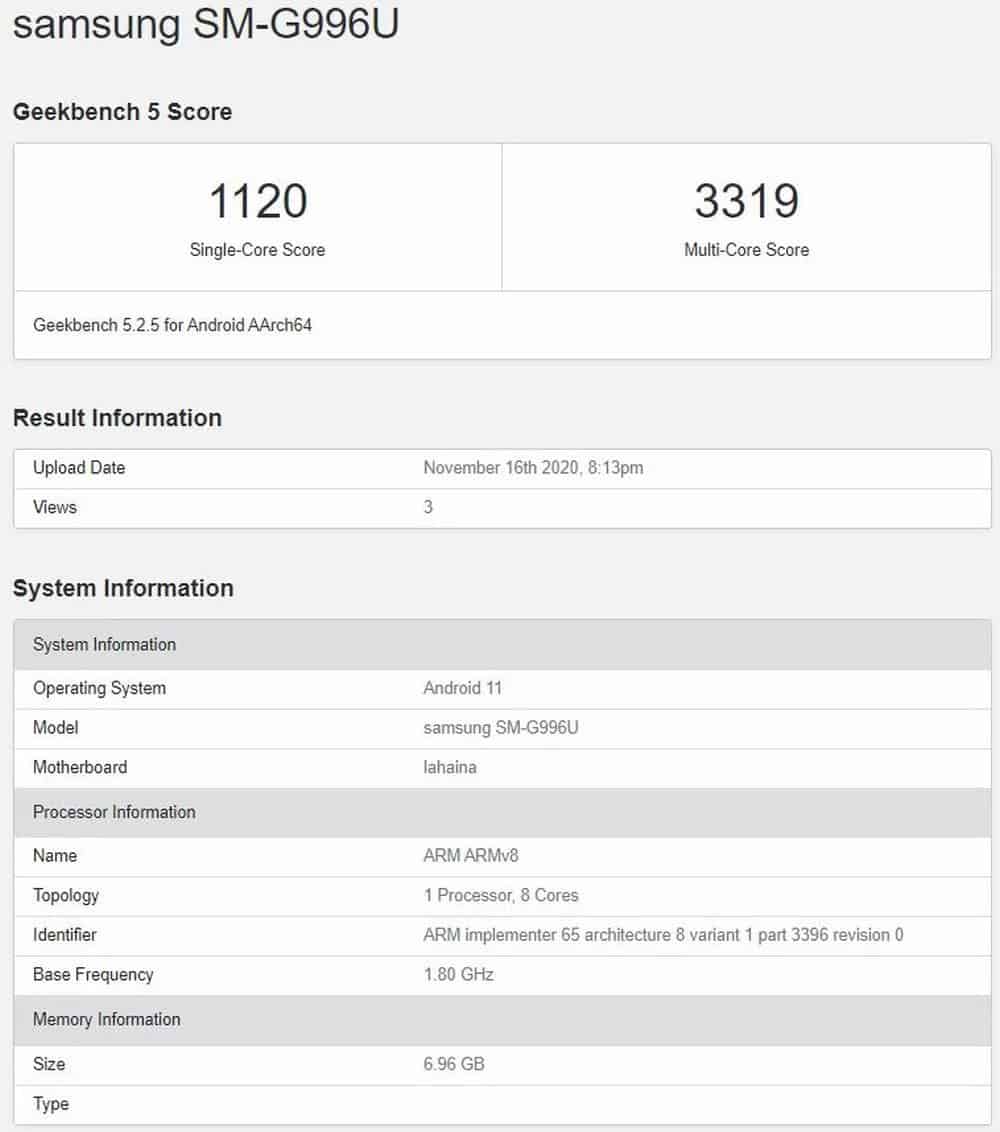 Advertisement
Advertisement
Trusted By Millions
Independent, Expert Android News You Can Trust, Since 2010
Publishing More Android Than Anyone Else
34
Today
34
This Week
738
This Month.
8175
This Year
109647
All Time
Advertisement