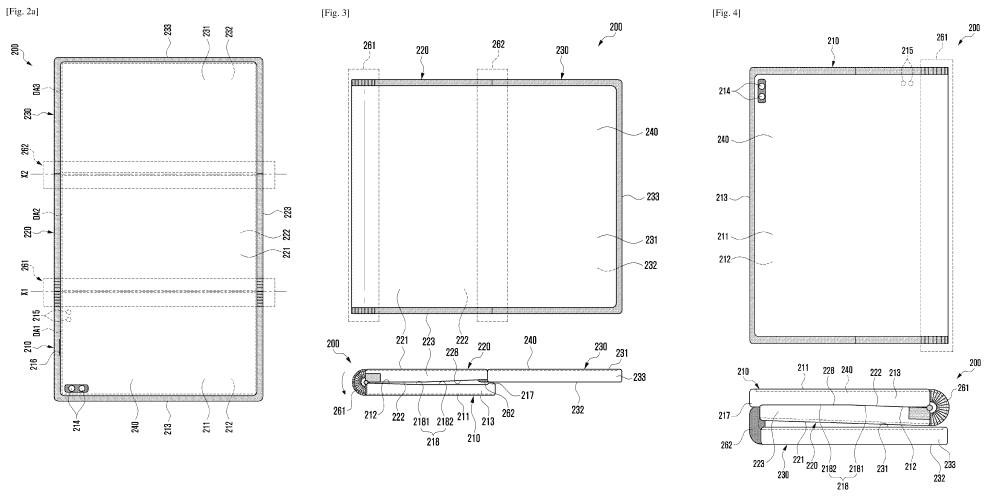 Samsung seems to be developing z-shaped foldable devices. A new patent has been spotted over at the World Intellectual Property Office (WIPO). The device shown here is described as a multi-foldable electronic device.

Do note that this patent does not show the actual phone, but the general philosophy of such a device, and the display required for it. It suggests that the company is testing z-shaped foldable devices, in other words, devices that fold in two places.

This patent goes to describe what is necessary to make this device happen, and it even shows some sketches. Considering that it needs to fold in two places, Samsung would need to include two hinge designs. Why two? Well, it needs to fold in different directions.

Considering we’re talking about z-shaped foldables, one portion of the display would always be exposed. Why is Samsung experimenting with these? Well, such a foldable device would make it possible for a company to accommodate an even larger display.

The Samsung Galaxy Z Fold 2 has a 6.23-inch display on the outside, and a 7.6-inch one when unfolded. A z-shaped foldable would probably be able to accommodate a display larger than 9 inches.

That would essentially make it possible for Samsung to create a large tablet, which folds into a smartphone. Such a device would be even heavier than the Galaxy Z Fold 2, though, and that is something worth noting.

This, of course, does not confirm that Samsung will actually go through with this, and create such a device. The company sure is thinking about it, though. Considering how heavy such a phone would be, focusing more on rollable devices may not be a bad idea… at least when such large display sizes are concerned.