Ring released the Halloween-themed chime tones last month to get your whole house in the Halloween spirit. Now, the company has added over 10 new chimes for the upcoming holiday season. These new holiday chimes will be available for users through the Ring app starting November 27.

Here are the Holiday-themed faceplates and chimes from Ring

Users need to have a Ring Chime or Chime Pro to set chimes for their video doorbells. For others, the company offers the option to set these new tones for their mobile notifications. To choose one of the new Holiday-themed chime tones, open the Ring app and tap on the three lines menu on the top left.

Now tap on the ‘Devices’ section and select the respective Chime if you have multiple devices in your home. Select “Audio Settings” and tap on Chime Tones to select any one of the above-mentioned tones for your Ring Chime. If you want to set these new tones for app notifications, open “Device Settings” and go to Alert Settings > App Alert Tones.

Users can also set these new chimes for in-app alerts

For users with multiple video doorbells, set a different chime for each device to easily distinguish them. Last month, Ring also launched Holiday-themed faceplates along with Halloween chimes. These new interchangeable faceplates only work with the Ring Video Doorbell 3 and Video Doorbell 3 Plus.

Ring is also selling the festive-themed faceplates for the older Video Doorbell 2. However, they all come in different designs. Also, it’s easy to replace the existing faceplate. All you need to do is remove the security screw on the bottom of the video doorbell. Both the Video Doorbell 3 and the Video Doorbell 3 Plus were originally launched for $199.99 and $229.99 respectively.

Currently, both these new devices are retailing for $139.99 and $159.99 respectively. The company also confirmed to offer end-to-end encryption for video footage to all its users for free by the end of this year. 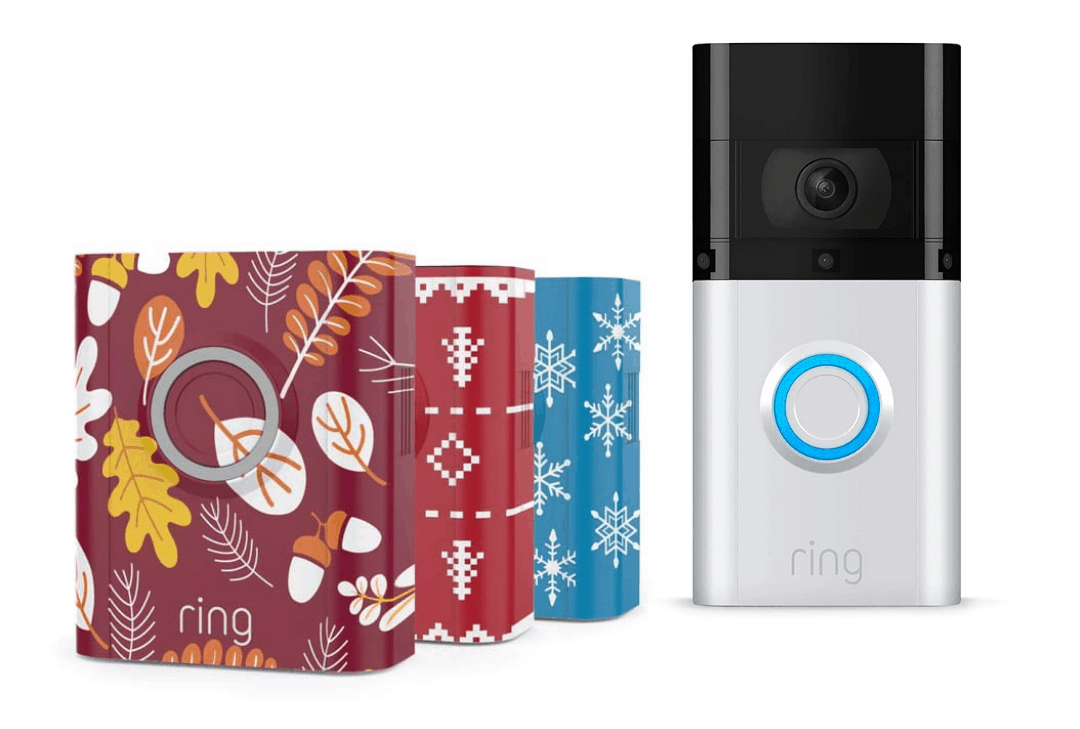