Wash your wall with color thanks to the Philips Hue Iris table lamp.

Philips Hue provided Android Headlines with the Philips Hue Iris Table Lamp, and we’ve been using it for almost two months. Both with Bluetooth and with the Hue Bridge.

Philips Hue relaunched its popular Iris table lamp in 2020. This was a lamp that the company had available several years ago, and now it's back and better than ever.

The Iris table lamp is essentially a  light that you place on a table and use to bounce off of the wall. Doing this, the Philips Hue Iris Lamp is still bright enough to light up an entire room. I've been using it in my office, and it has done a really great job of lighting up my entire office, without any issues.

It might sound like a weird thing to talk about, but the design of the Philips Hue Iris Lamp is pretty unique. It has a very clean and minimal look, with the back part of it being transparent. But it does look pretty futuristic. Almost like an accent piece that you might put in your living room, instead of just a lamp that you'd put in the corner to put light in the room.

One thing that I was surprised about with the Philips Hue Iris was that it's plastic. I thought, by the looks of it in pictures, that it was going to be glass. But instead it's plastic. Honestly, it's not that big of a deal, but being glass would have been a really nice touch on the Iris.

On the bright side though, the cord is now wrapped in fabric. And yeah, that's not a big deal for most people, but still a nice touch. The cord is pretty long, but it is fixed. So you can't remove it and replace it with a longer cord if you needed. Which is unfortunate. However, given the length, for the majority of people, this won't be an issue. It's plenty long, and will work with any outlet in your home.

Setup of the Philips Hue Iris is super simple. Basically, you just plug it in, download the Hue app and let the app find the lamp. Whether you are using the Bluetooth app or if you have the Bridge, it's very simple to set up. And that's one thing that Philips Hue does really well. Other smart light brands that we've reviewed, we've found that setting up the lights can be fast, but often times they are not. Sometimes your phone can't find the light's Bluetooth connection, or its WiFi connection, so it takes far longer to get setup. That was not the case with Philips Hue Iris Lamp. 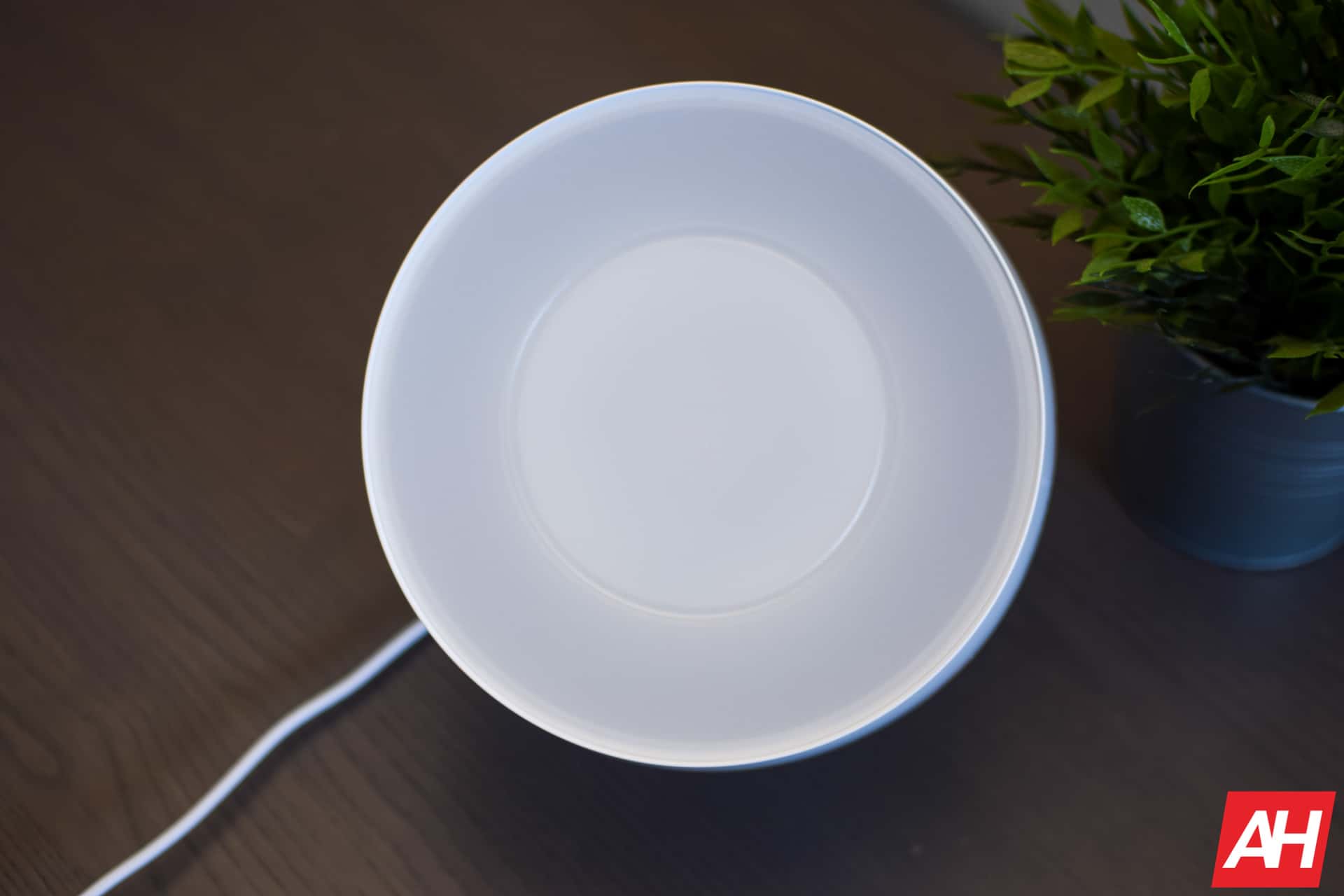 Now, keep in mind that if you are going to use it via Bluetooth only (it is possible), the app is a bit slower. Basically, every time you open the app, it is searching for Bluetooth devices around you. Since it is not connected to an account. So if you need to simply turn off a light real quick, it's going to take about a minute to do that.

With the Hue Bridge (which costs around $50), it is much faster. It does take a second to connect, but since it is plugged into your modem, as long as you're on WiFi, it'll be connected pretty quickly.

Controlled via the Philips Hue app 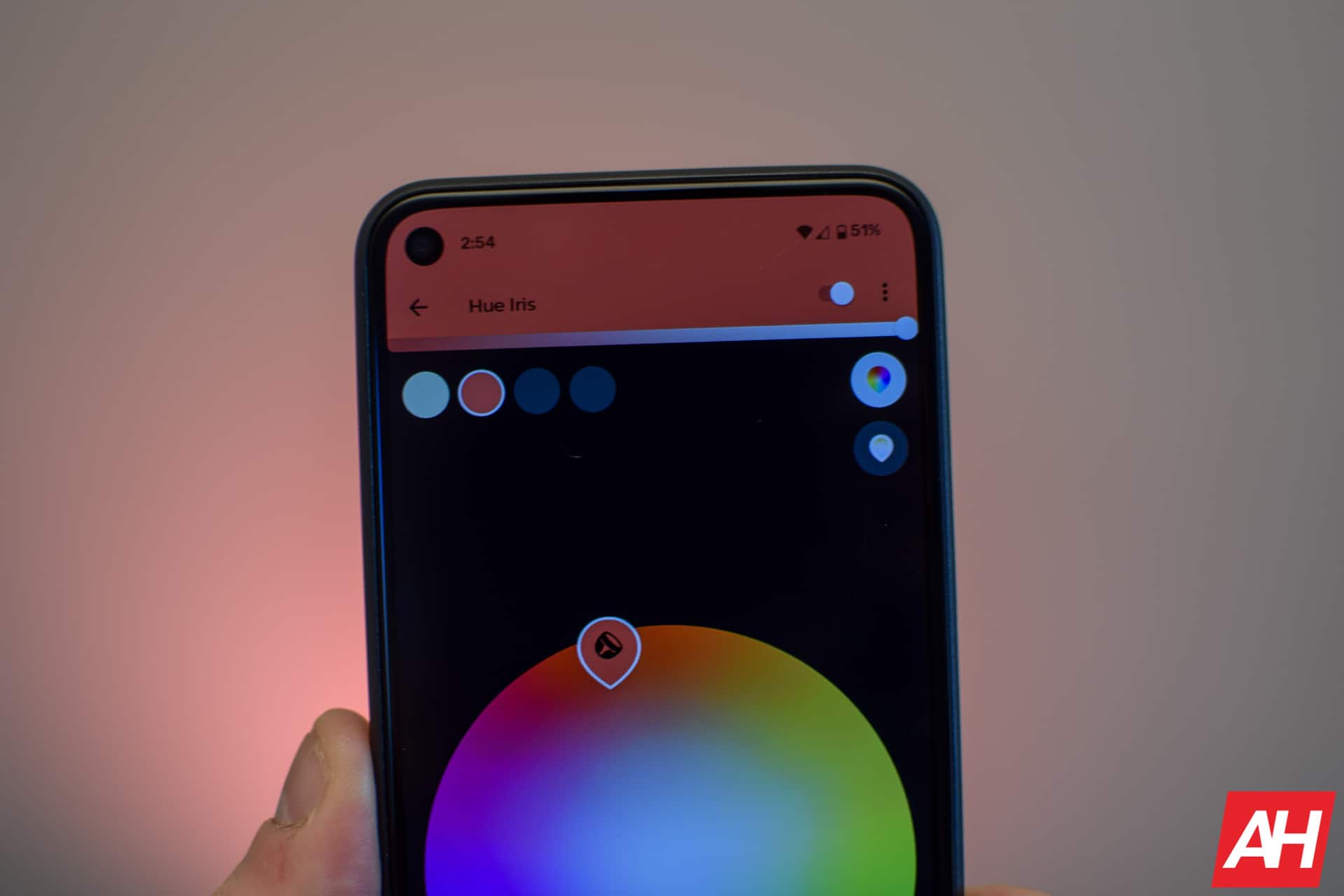 Like most Philips Hue products, the Iris does work with Amazon Alexa, Google Assistant, Siri/Homekit and even IFTTT. So you can automate when the Iris turns on and off. Which is really unique when you think about it. But you can also use your voice to turn on and off these lights, if you have smart speakers around your home.

Should I Buy the Philips Hue Iris Lamp?

It may not be the best introduction to Philips Hue, but the Iris is a really great lamp to pick up for your home. With the much brighter LED on the Iris lamp, it's a great table lamp for a living room, family room and even a bedroom. And while you can use the Philips Hue Iris with Bluetooth, it's still a good idea to get a starter kit if you are not in the Philips Hue ecosystem already. That way you'll get the Hue Bridge and a few A19 bulbs for other lamps in your home.

If you are already invested in the Hue ecosystem, then the Iris lamp is a really great purchase. At $99, you can definitely get more expensive table lamps from Hue, so this is priced pretty competitively. And it'll be a nice accent to your home.