OPPO has scheduled its annual INNO Day for November 17, 2020, to showcase new innovations in the consumer tech space. In its latest tweet, the company mentioned that it is exploring new shapes and forms for next-gen smartphones. While nothing specific is mentioned in the text, the attached image reveals OPPO will unveil a new Concept Phone featuring a rollable display.

It also gives us a glimpse of the device, which sports a display with a curve on the left edge. It looks like the display will be expandable on the right side. It’s worth noting this is not the first time we will see a rollable smartphone demo. China’s TCL recently showcased two rollable smartphones, which can expand vertically and horizontally.

Based on the leaks, LG is also due to launch its Project B rollable smartphone under the Explorer Project in the first half of 2021. The new concept phone from OPPO looks quite similar to some of the rollable phone patents spotted earlier this year. Even OPPO has patented several foldable and rollable phone designs.

During its INNO Day event, the company will also unveil second-gen AR glasses alongside the rollable concept phone. As of now, details are very scarce about these two products. OPPO will be revealing the complete details of both of these products in less than 24 hours.

Since these are just concept devices, they won’t be commercially available anytime soon. While people, in general, will get most excited about these concept phone announcements, the company also has to come up with intuitive software to offer a better experience.

There are brands like Samsung and Huawei already selling foldable smartphones in the market. While the rollable smartphones will avoid creating a crease, the company should also ensure that they provide a longer lifespan of the display panel. In its current state, even foldable phones aren’t recommended for day to day use.

With the upcoming concept phone, OPPO should also explain how rollable smartphones can be a good alternative to foldable smartphones. This device might even come equipped with the newly announced 125W Flash Charge technology. Stay tuned to get the complete details of this first-of-its-kind smartphone. 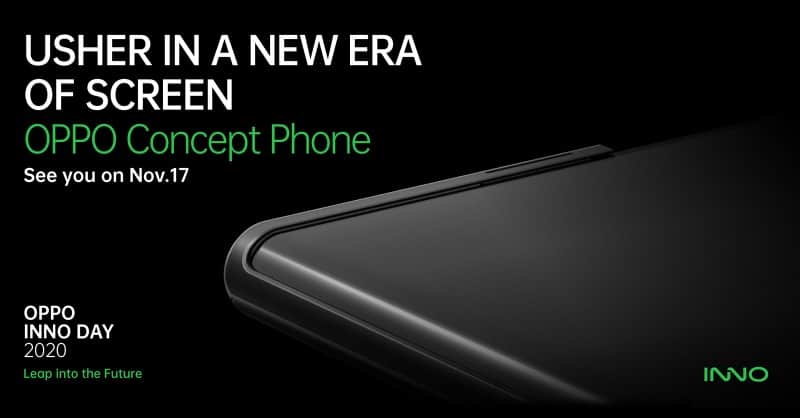