OPPO has launched quite a few uniquely designed smartphones in the candybar form factor. While the company showcased the prototype foldable smartphone in early 2019, it is not commercially available yet. According to LetsGoDigital, OPPO has patented a vertically retractable smartphone with the CNIPA (China National Intellectual Property Administration).

While the company applied for the patent in April this year, it was only granted on November 11. Interestingly, it comes just days ahead of the OPPO’s INNO Day 2020 event scheduled for November 17. The Chinese smartphone maker will showcase its latest innovations on that day.

OPPO working on a smartphone featuring a retractable display

OPPO has already confirmed to unveil the second-gen AR Glasses on November 17. Going by the timing of publishing the retractable smartphone patent, the company might showcase it on the same day. Apart from OPPO, TCL and LG are also working smartphones with retractable displays. Recently, TCL showcased its expandable smartphones in both vertical and horizontal orientation.

On the other hand, LG is expected to commercially launch the Project B rollable smartphone in March next year. Speaking of the OPPO’s patent, the device comes in a squarish form factor when the display is completely retracted. It’s much smaller than the smartphones currently available in the market.

The rounded edges on the top and bottom of the device give it a modern look. Unlike clamshell foldable smartphones like Samsung Galaxy Z Flip and Motorola Razr 2020, the retractable smartphones can be much thinner. Since the patent is more about the display, there is not much information about the other parts.

It could make its debut at INNO Day 2020 event

From the renders, there is only a single camera on the rear. OPPO has patented a similar smartphone in August this year, which included a triple camera setup on the rear. However, the display on this device can be expanded when there is a larger screen size requirement. Compared to foldable smartphones, there will be no issue of crease formation on rollable smartphones.

Going by the current standards, the display on this device will continue to be fragile. Since Samsung is yet to showcase rollable smartphones featuring UTG (Ultra Thin Glass) display technology, OPPO might opt for the CPI (colorless polyimide) for the display protection.

Even if the company confirms to reveal this smartphone during the INNO Day 2020 event, it still won’t be commercially available. Stay tuned as OPPO will probably confirm the announcement of the expandable smartphone pretty soon. 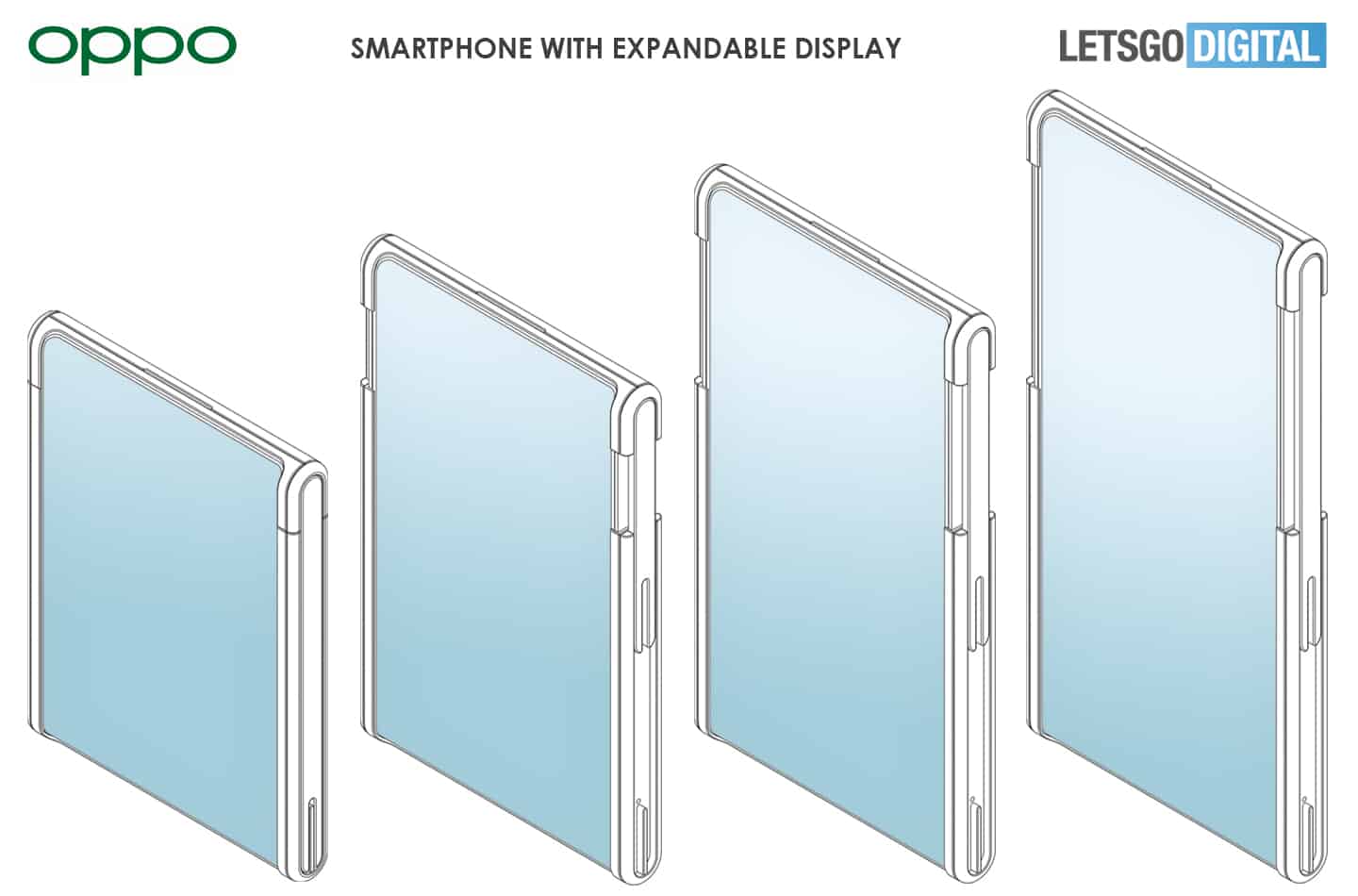